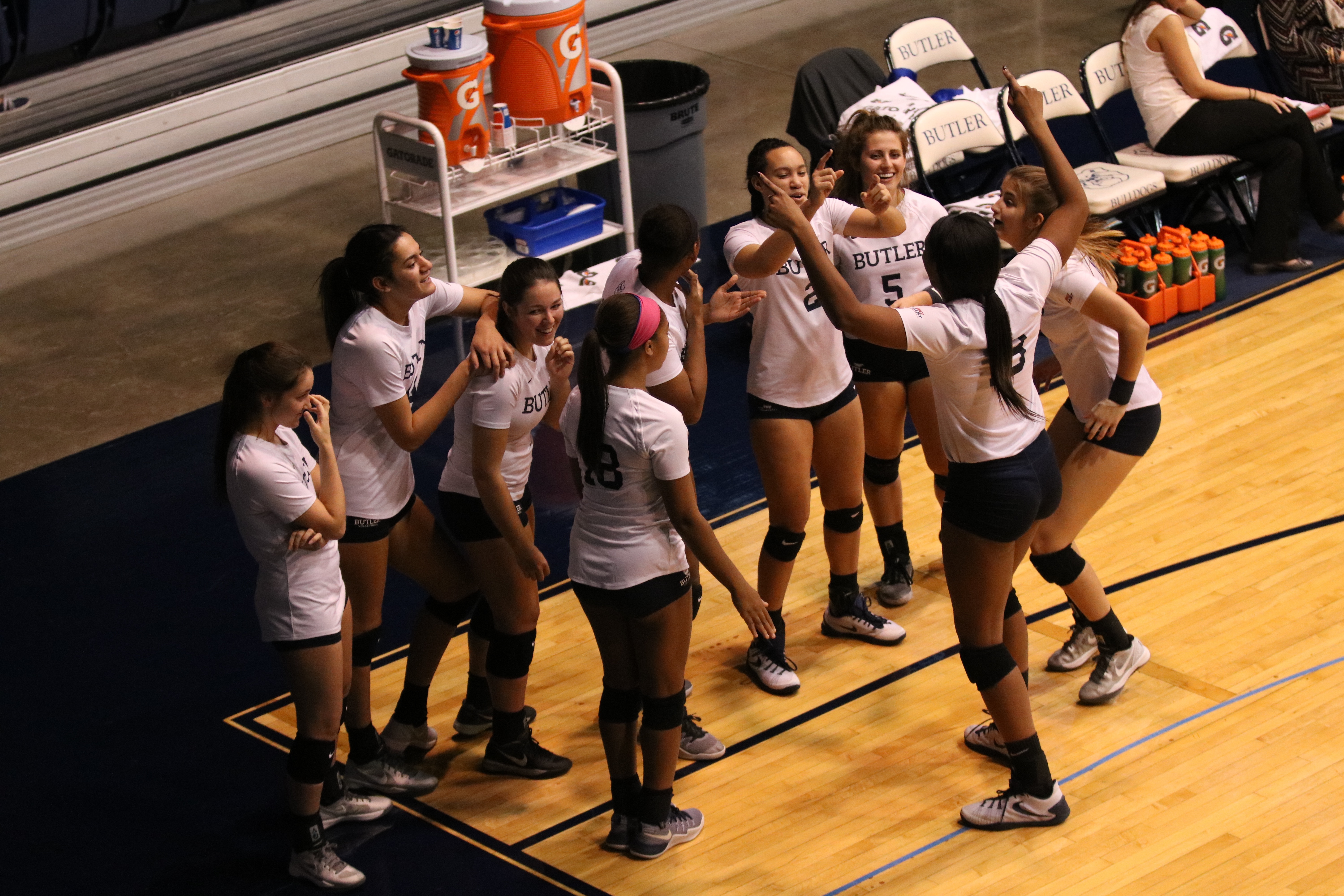 Members of the volleyball team cheer each other on before the game. Photo by Jimmy Lafakis.

“Taylor was great defensively for us tonight,” she said. “It was great that she averaged four digs per set and passed well for us.”

“We stuck together,” Logan said. “Things were not going so hot, but we did not give up on each other.”

“We kept our heads up even when things did not go our way,” Ferguson said. “We did not give up throughout the match.”

“We are always working to play our best,” Klingensmith said. “We will learn from this match and put it behind us.”

The Bulldogs will fly east to face the Providence College Friars on Sunday. The match will begin at 1 p.m.