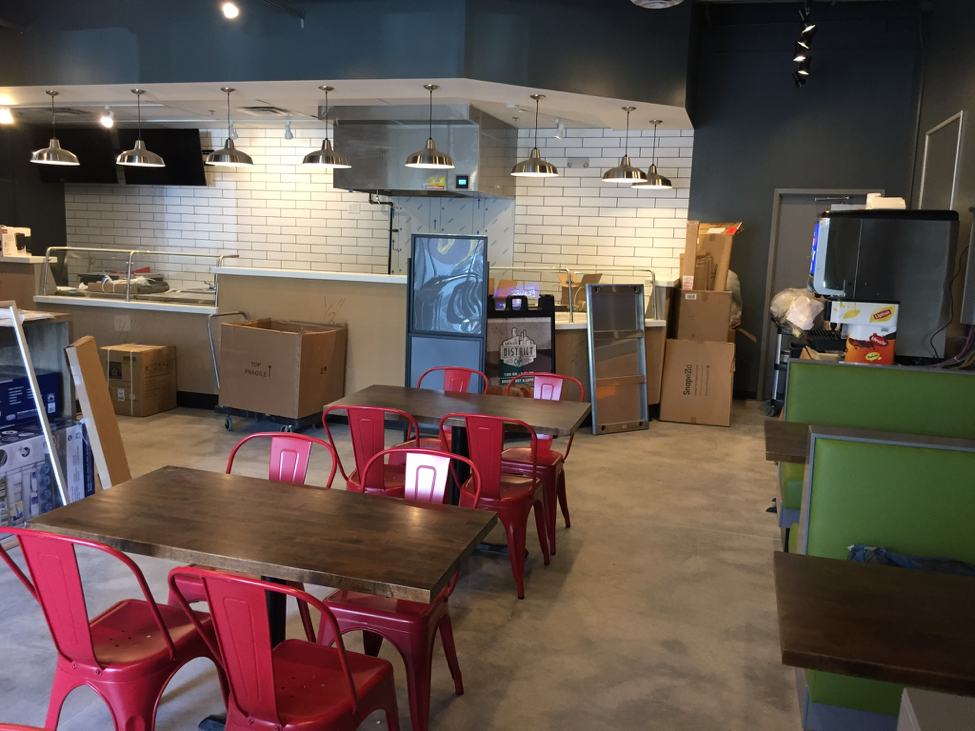 Pita Pit will open by Nov. 10 in the retail space of the parking garage.

This date was pushed back several times from an original goal of months ago in March.

On grand opening day, the restaurant will donate a portion of the proceeds to the Joel Cornette and Andrew Smith Scholarship Funds.

Both funds are dedicated to former Butler University basketball players who died this past year.

Travis Sealls, a former Butler student and the Pita Pit franchise owner, said he knows both Cornette and Smith are close to Butler’s heart.

“It’s a great way to give back to the community, which represents what Butler is all about,” Wang said.

Sealls ‘03 is a Butler alumnus.

“Butler trained me to be a business owner,” Sealls said. “I get to say to Butler, ‘Look you trained me to do this and I’m going to show you I can do it.’ It’s kind of cool that it comes full circle.”

Sealls understands a variety of food can be like “a breath of fresh air.”

“It’s good for your body, especially if you’ve been punishing it by drinking all night,” Sealls said. “It just feels better when you have quality, good food.”

Sealls said not only does a customer see the food-making process from start to finish, but also is offered an infinite number of pita combinations.

When Sealls saw the spaces opening under Butler’s new parking garage, he said he immediately talked with the university to see if either Pita Pit or Punch Burger, his other franchise, fit their needs. With Scotty’s Dawghouse already established, Pita Pit fulfilled Butler’s desire of a “breadth of different options.”

Sealls, already an owner of three other Pita Pit franchises, pitched the idea to the headquarters.

Bill Wilfong, Pita Pit vice president of development, said they always take the chance to be on or near a college campus because they always receive positive feedback from college students.

“As students move on, get married and have kids, they’ll more than likely have fond memories of Pita Pit because it’s fun and energetic there,” Wilfong said. “They’ll start thinking, ‘Wow, why don’t we have a Pita Pit in my town where I’ve finally decided to land?’ That’s how a lot of our expansion goes.”

Pita Pit, not even half-staffed yet, is still looking for hires, including students, Sealls said.

“I know Pita Pit is not the end goal of a Butler student,” Sealls said. “I see it as an opportunity for any Butler student to hone some of their skills. We’ll let you in as far as you want to come.”