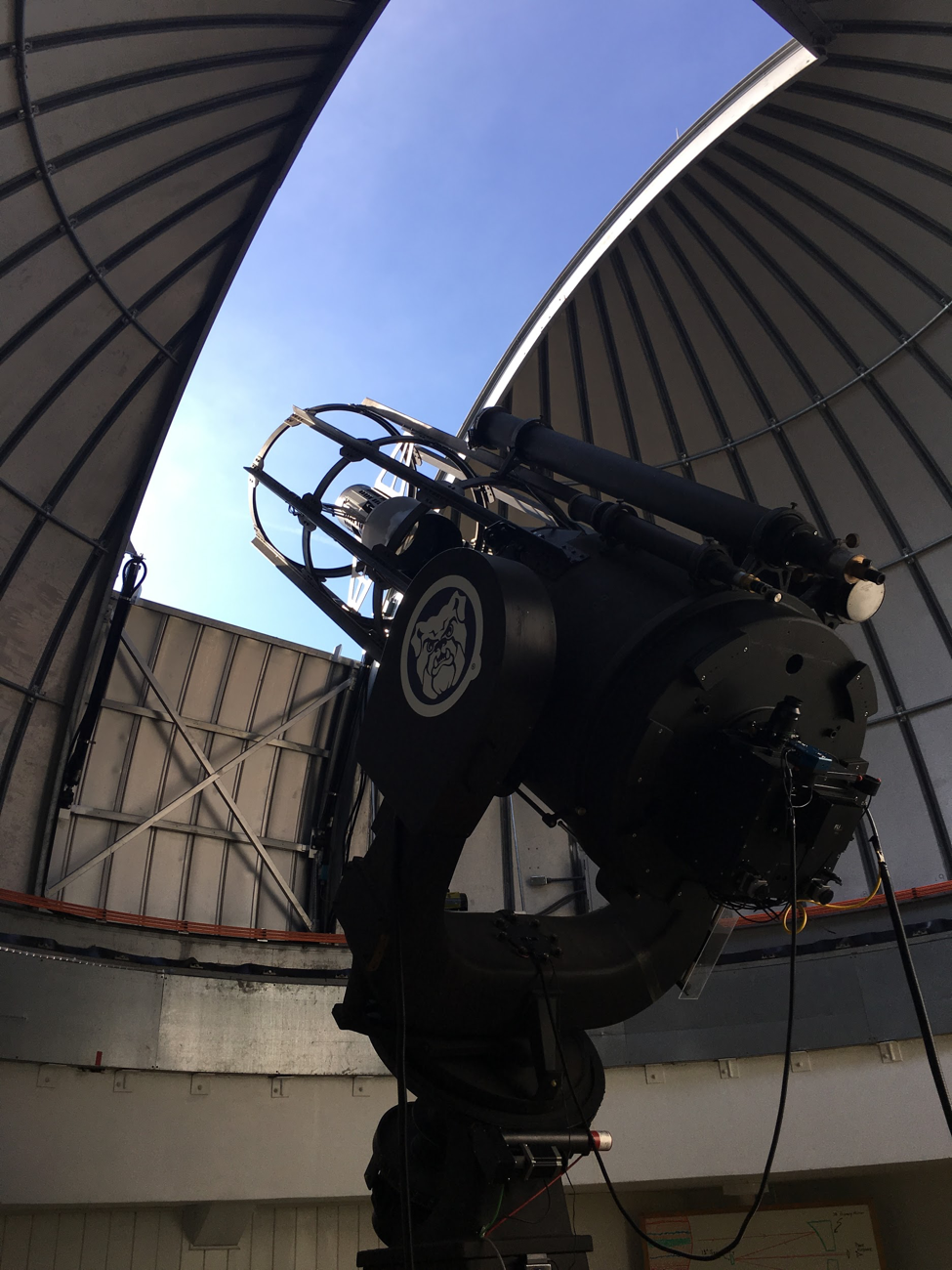 New technological improvements expand the capabilities of one of Indiana’s largest and oldest telescopes.

Butler University’s Holcomb Observatory and Planetarium is in search of a donor to fund upcoming technological upgrades.

Donor and astrophysicist Frank Levinson paved the way for the observatory’s newest technology and telescopic improvements with his donation of $425,000 in 2008. The telescope runs electronically from connections within the observatory. The new program controls both the telescope and the dome automatically.

The observatory had three major developments since 2008. One replaced the dome from wood to aluminum, another allowed for the telescope to move from object-to-object without human intervention and the most recent included a new student program, the Southeastern Association for Research in Astronomy (SARA).

“What you can do with modern technology is absolutely amazing,” Brian Murphy,  physics and astronomy professor, said.

Murphy said he dedicates about a third of his time to the telescope and planetarium. He connected the university with SARA in 2008.

The donor’s contribution allowed for Butler to join this group. The consortium of 13 universities share access to three major telescopes throughout the world. Students and professors control the telescopes from campus. SARA provides students with research opportunities beyond what Butler could previously supply.

The observatory receives around $13,000 annually from the university, Murphy said. The observatory relies on donors and tours to raise funds for improvements. It is open the majority of the year, except during holidays and specific weekends, according to its website.

“We are in Grand Central Station for information on astronomy,” he said.

Despite the recent donation, the planetarium part of the building has not been upgraded since 1968.

“The planetarium is in serious need of renovation in the coming year or two,” Murphy said. “It’s a high priority that needs to be addressed.”

The renovation could cost anywhere from $600,000 to $1 million. The observatory looks for a donor to aid in the process. They would add a new projector, screen and seats.

“With that [new planetarium] and the telescope,” Murphy said. “We will be the premier site for astronomy in Indiana.”

The current program runs “fail-safe” with automatic detection services that shut down the dome and telescope if sensors detect dangerous weather. The dome closes to protect the telescope with any slight identification of a threat

The 3,000-pound machine costs around $2 million and is one of the highest priced pieces of equipment on campus. Security measures included with the improvements have ensured the safety of the telescope.

The observatory and SARA program broadens student research and education, Murphy said. It can directly find stars, planets and objects in the sky, follow sky movement and apply filters to sharpen image perception.

The latest $400,000 renovation for the observatory made it easier for students to research and learn, Murphy said.