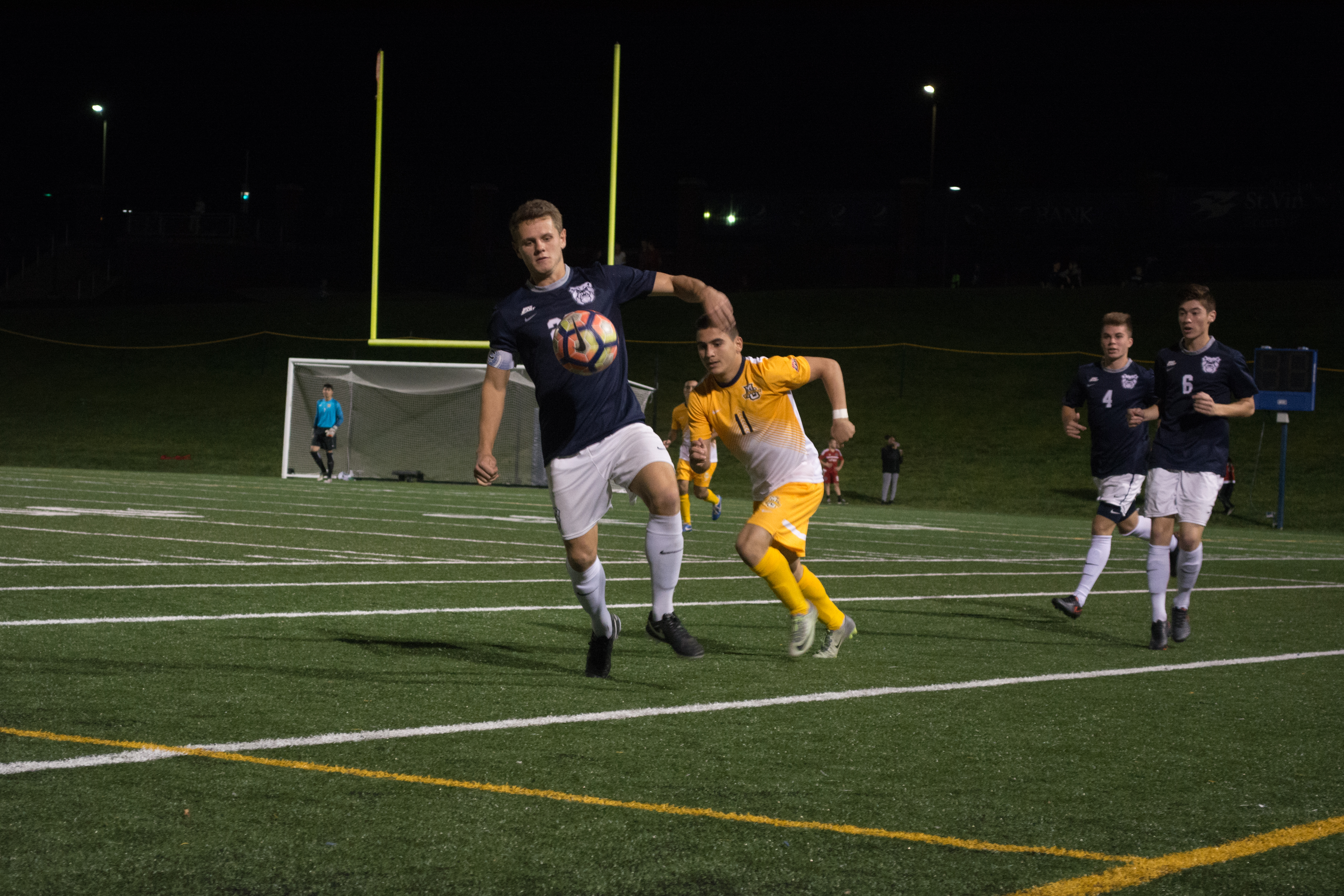 Senior David Goldsmith kicks the ball away from a defender. Photo by Adam Cvik.

Freshman midfielder Lewis Suddick scored both goals against the conference rival. The first goal was scored in the 2nd minute with assistance from fellow freshman Alex Lehtinen and Isaac Galliford, to give Suddick his 10th goal this season.

Xavier answered in the 17th minute, and the match was tied at halftime.

Suddick’s game winner came in the 77th minute after his shot was deflected off of the head of a Musketeer defender and past the goalie. Suddick was assisted by sophomore Jared Timmer.

Butler played the last 18 minutes of the match a man down after Galliford received a second yellow card.

Butler was outshot 19 to 10 in the game, with both teams having four shots on goal. Eric Dick made three saves enroute to his 11th win of the season.

The win gives Butler the No. 2 seed in the Big East men’s soccer tournament. Butler will get a bye in the quarterfinal round. They will host the winner of Villanova University and DePaul University on Nov. 10 at the Butler Bowl.