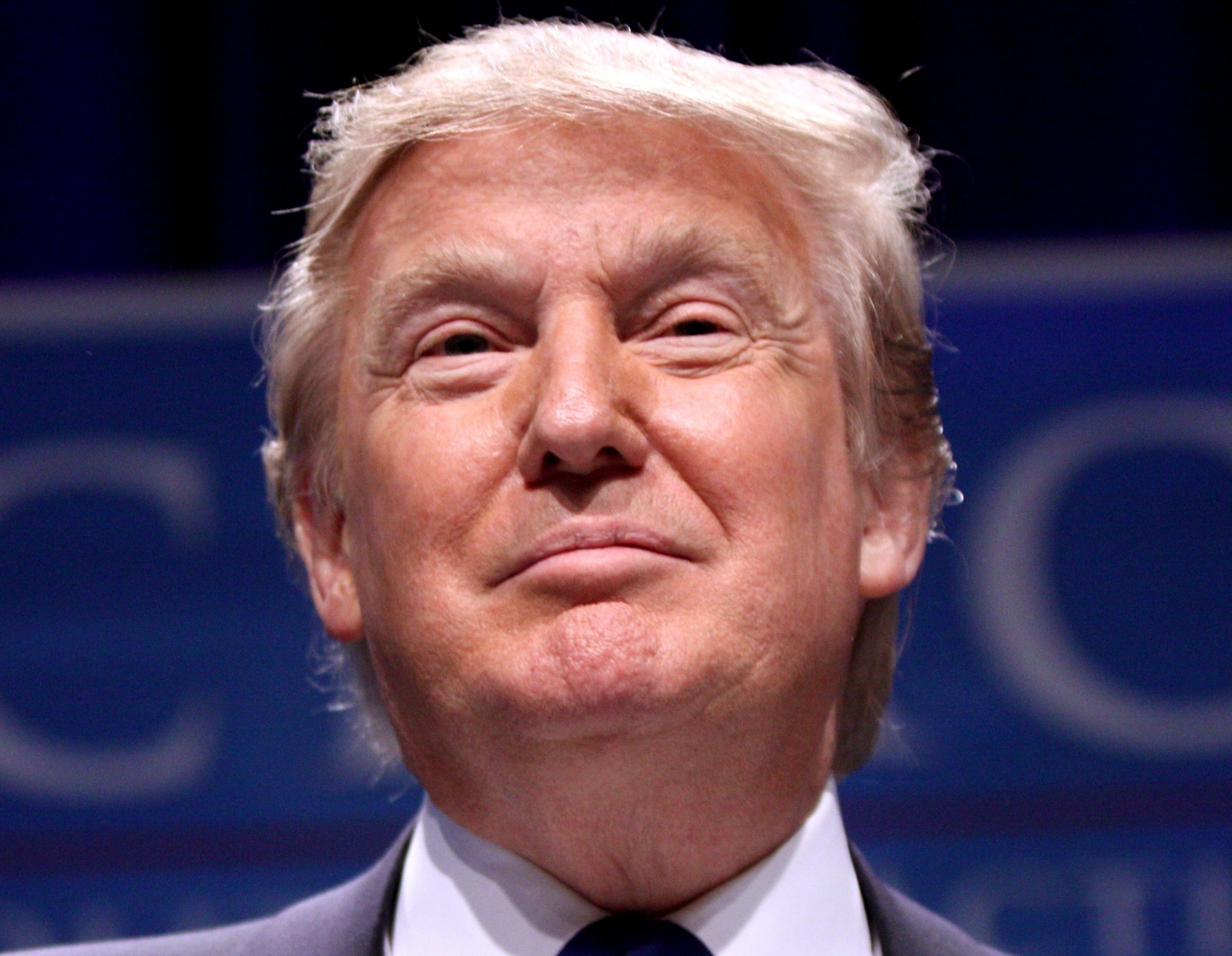 “This was tough,” the president-elect said in his acceptance speech. “This political stuff is nasty, and it’s tough.”

Most news outlets and polls placed Democratic candidate Hillary Clinton firmly in the lead with more than an 80 percent chance of winning until Tuesday afternoon.

Senior Katie Clancy said she was shocked at the outcome.

“I think for this election millennials were in some sort of bubble that Donald Trump was evil and never had a chance and Hillary was going to win by a landslide,” she said. “They thought that and the media thought that, and now they are like, ‘What the hell happened?’”

She said the election fits with the trend of unpredictability in the media lately.

“The Cubs won the World Series, so you never know what’s going to happen now,” Clancy said. “It’s all up for grabs.”

Trump took Indiana as the first state with its 11 electoral votes.

“I’m disappointed in Indiana,” senior Claire Mauschbaugh said. “It’s surprising that after seeing [Mike] Pence’s term as governor firsthand that Hoosiers would still support him and his running mate.”

Indiana voted the Republican nominee for president in every election since 1960 with the exception of President Barack Obama in 2008.

Many states kept American waiting, exhibiting a tight race between the two candidates. Florida and Virginia were called within 3 percentage points.

The major news organizations varied in calling states and making their own decisions.

Republican Clancy said her friends all tuned into the channels they liked the most. She watched Fox News on her laptop, since she does not get cable.

“I think it’s kind of assumed what you’re going to get when you tune in to a certain channel,” she said. “People are not patient either, so they want to jump the gun. People are pretty comfortable in their own echo chambers, especially on a night like tonight.”

Around 10 p.m. Trump took a vast lead over Clinton when the Deep South and Midwest states were called. He also won key battle states, such as Ohio, Pennsylvania and Florida.

Stock markets around the world plummeted in reaction, with the DOW Jones falling almost 800 points. The dollar was not in much better shape.

“It’s scary because I’m going into the job market soon and a dollar will mean even more to me than it does now,” junior Caysi Johnson said. “And a decision I did not agree with will determine that my hard-earned money is worth less than what it should be worth.”

While those numbers dropped, California and Hawaii were called for Clinton as soon polls closed, since the states are historically Democratic.

Then no battleground states were called for hours.

“I applaud Fox News for not jumping to conclusions like they did in 2000 with Florida,” Clancy said. “They learned from their mistakes.”

This patience created a late night for people who stayed awake for the results.

Some states might be required to recount if votes are close enough, Politico reported.

Just after 2 a.m. — before any network called a 270 majority for either candidate — Clinton’s campaign chair John Podesta went on stage at Clinton’s headquarters to tell people to go home and that Clinton would not concede yet.

Around 2:45 a.m., Clinton called Trump to concede before the networks reached an electoral college majority.

“Sorry to keep you waiting,” Trump said to his fans. “Complicated business.”

The crowd chanted “U-S-A” and cheered for the new president-elect, but reactions were mixed for Butler students.

“I’m fearful,” Mauschbaugh said. “I’m not convinced that Trump’s ‘Great America’ includes people of color, women, the LGBTQ community and other marginalized groups. I’m afraid of what digressions we will make and what America will be for my children.”

Johnson said she hopes Trump’s campaign was all a ploy.

“I hope he was just showboating his campaign to get elected and that he will do more sane things in office,” she said. “Maybe he’ll do something not that bad, but I don’t have high hopes.”

She also said she accepted what happened.

“I feel like this is a learning opportunity for America,” Johnson said. “We’re stuck with what we’ve chosen, so we have got to go with the repercussions.”

Clancy said people should not view this as a doomsday because that is not doing anyone any good.

“I detested Hillary Clinton, but I didn’t say, ‘Oh well, there goes everything I believe,’” she said.

Clancy said the upset could have stemmed from voters feeling stigmatized for voting for Trump.

“I think people were getting bullied for who they were supporting, so they were too shy to say it to pollsters,” she said. “I saw it all over social media.”

Trump acknowledge this divide within the country in his speech, saying he wants to unite the country.

“It’s time for America to bind the wounds of division,” he said. “I pledge to every citizen of our land that I will be president for all of Americans. For those who have chosen not to support me in the past, of which there were a few people, I’m reaching out to you for your guidance and your help so that we can work together and unify our great country.”

The electoral college will not confirm the president-elect until Dec. 19, when the 538 electors meet in their home states and cast the real deciding ballots for presidents.

In January, Congress must approve the official count of the vote, making Donald Trump the official president-elect of the United States.