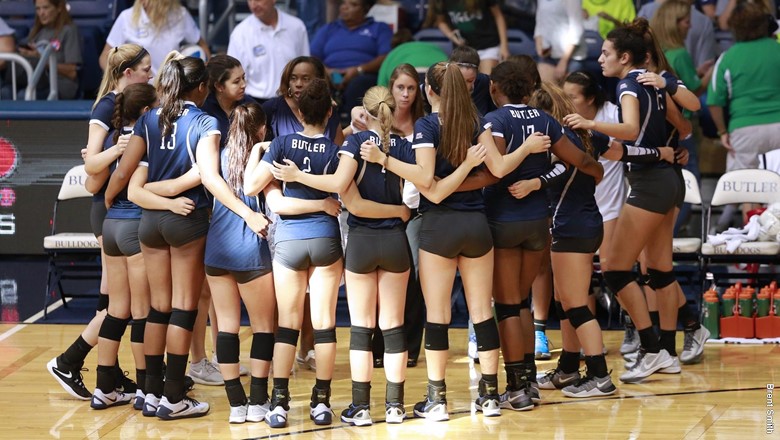 The Butler volleyball team huddles on the sideline. Photo via Butlersports.com.

Logan, who also posted 11 digs, said she wanted to lead the Bulldogs.

“I just went out there and tried to be vocal,” she said. “Today was a great team win that gave us a lot of confidence.”

“Our passing was incredible,” she said. “It allowed our hitters to be in system and execute balls at a high rate. All of the credit goes to our bench because their energy was incredible.

“We played suffocating defense today,” she said. “The energy and enthusiasm from the bench carried onto the court, and we competed extremely well until the very end.”

“Whitney was unstoppable on the outside,” she said. “She was solid with passing for us, and also added four of our five aces on the day.”