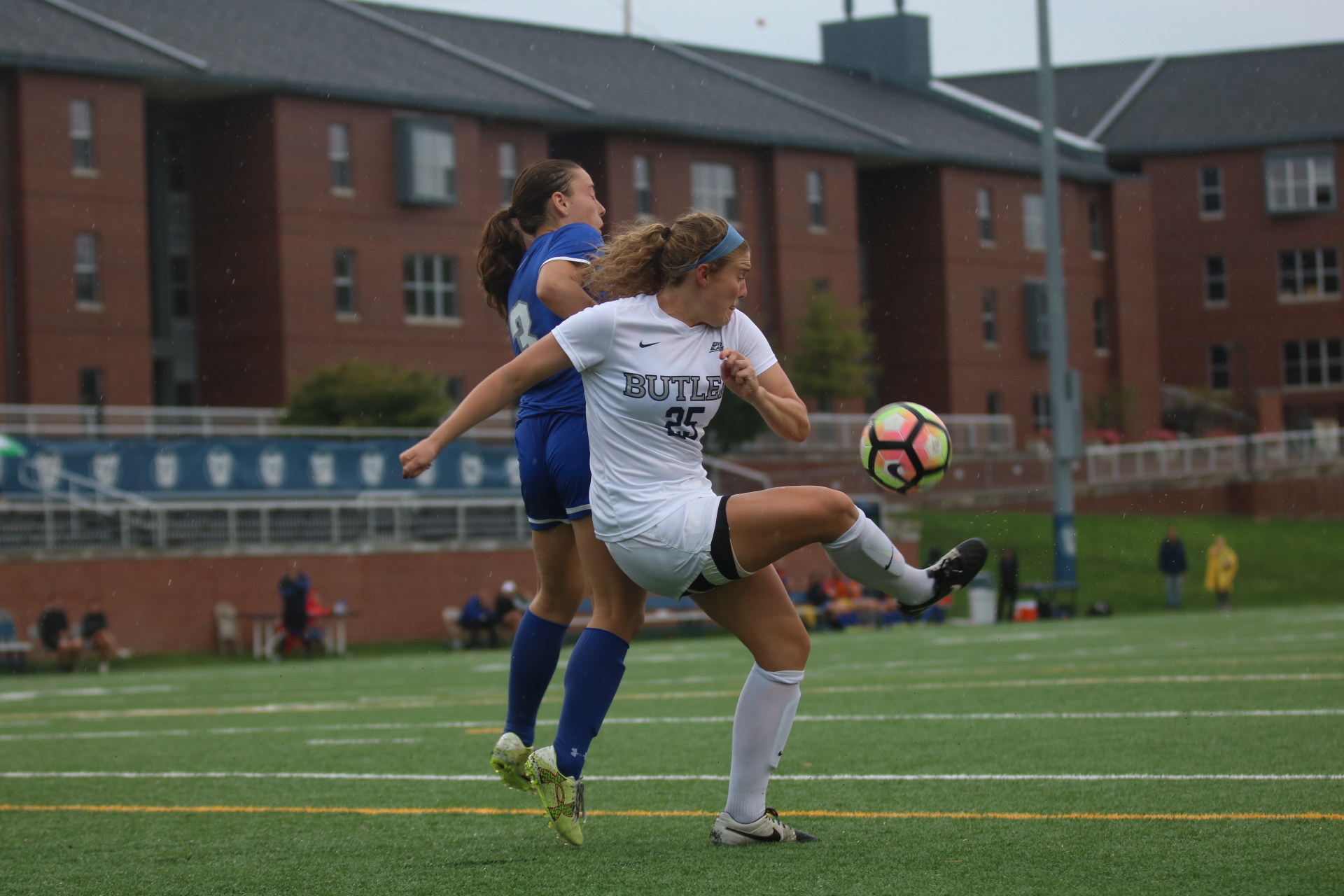 Sophomore defender Madison Toth keeps the ball away from a defender. Photo by Jimmy Lafakis.

In their final game of the regular season, the Butler University women’s soccer team earned a 3-0 victory on the road over Xavier University on Oct. 28 and make their way into the post season.

Sophomore forward Paige Monaghan scored the first two goals of the night for the Bulldogs. The first came at the end of the 10th minute when junior midfielder Brenna Pawelkowski and sophomore forward Jamison Midgley found Monaghan for her fifth goal of the season.

Less than five minutes later, Monaghan and the Bulldogs struck again when sophomore midfielder Gabrielle Lemkuil and Midgley found Monaghan for a header into the goal.

In minute 30, junior defender Shannon McDevitt netted her second goal of the season off an assist from senior midfielder Serina Kashimoto.

The Bulldogs offensive outburst in the first half resulted in three goals on 14 shots. The second half saw only two shots by both teams.

Sophomore goalkeeper Hannah Luedtke recorded her 10th shutout of the season and registered five saves on the night.

Butler will face Georgetown on Nov. 1 at 2 p.m. In the initial matchup of the two, the Hoyas took the victory, 5-0.