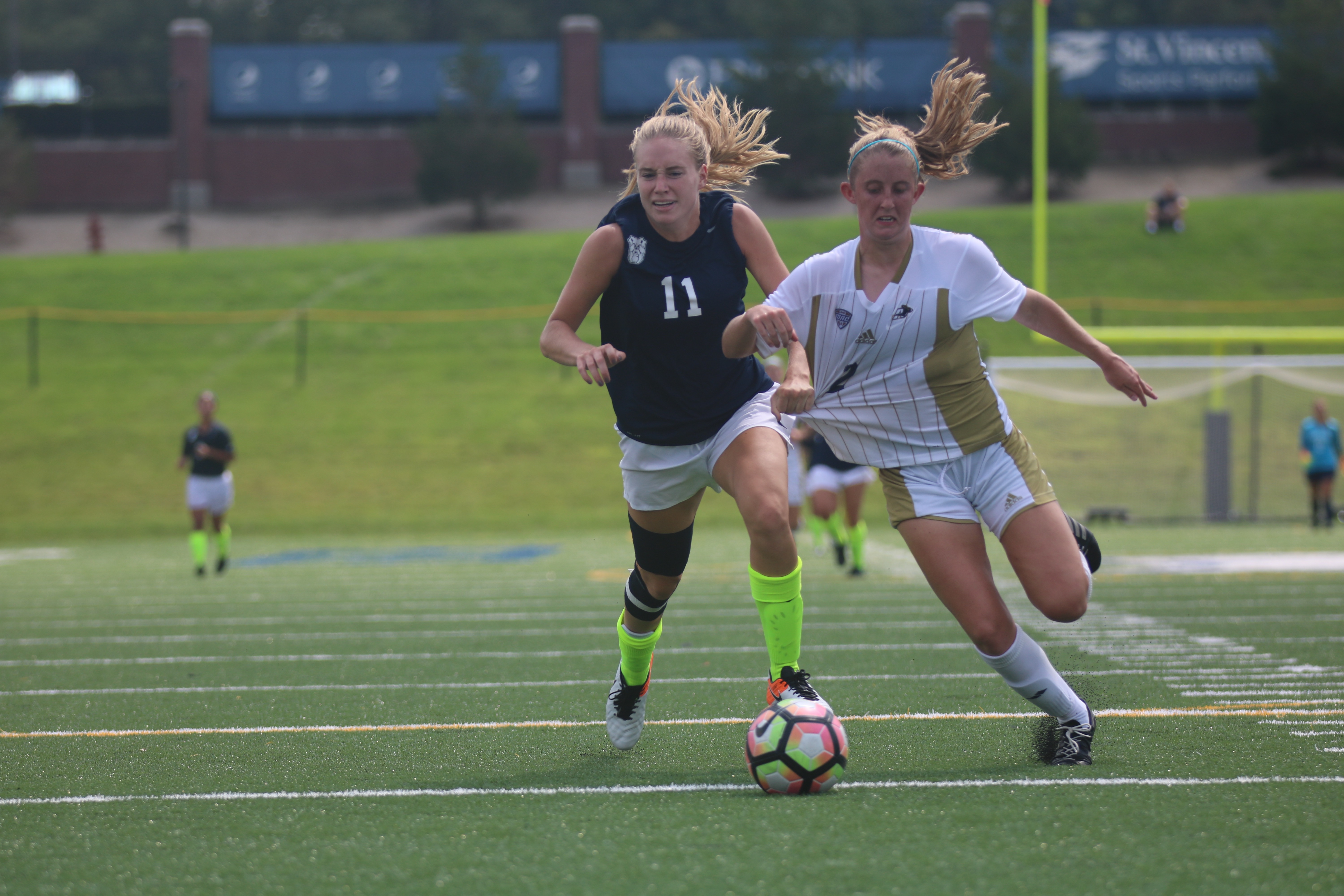 Junior forward Hannah Farley fights with a defender for the ball. Photo by Jimmy Lafakis.

The Butler women’s soccer team tied in a scoreless battle with St. John’s University on Sept. 29 in New York.

The game went into overtime and lasted 110 minutes.

Sophomore forward Halle Stelbasky shot three times for the Bulldogs, with one coming on goal. Junior defender Maria Collica added another shot and shot on goal for Butler.

In the last 10 minutes of the match, Monaghan, Kashimoto and Collica each took a shot on goal, but to no avail.

Sophomore goalkeeper Hannah Luedtke registered seven saves on the day. She also earned her sixth straight shutout of the season with the help of the Bulldog defense.