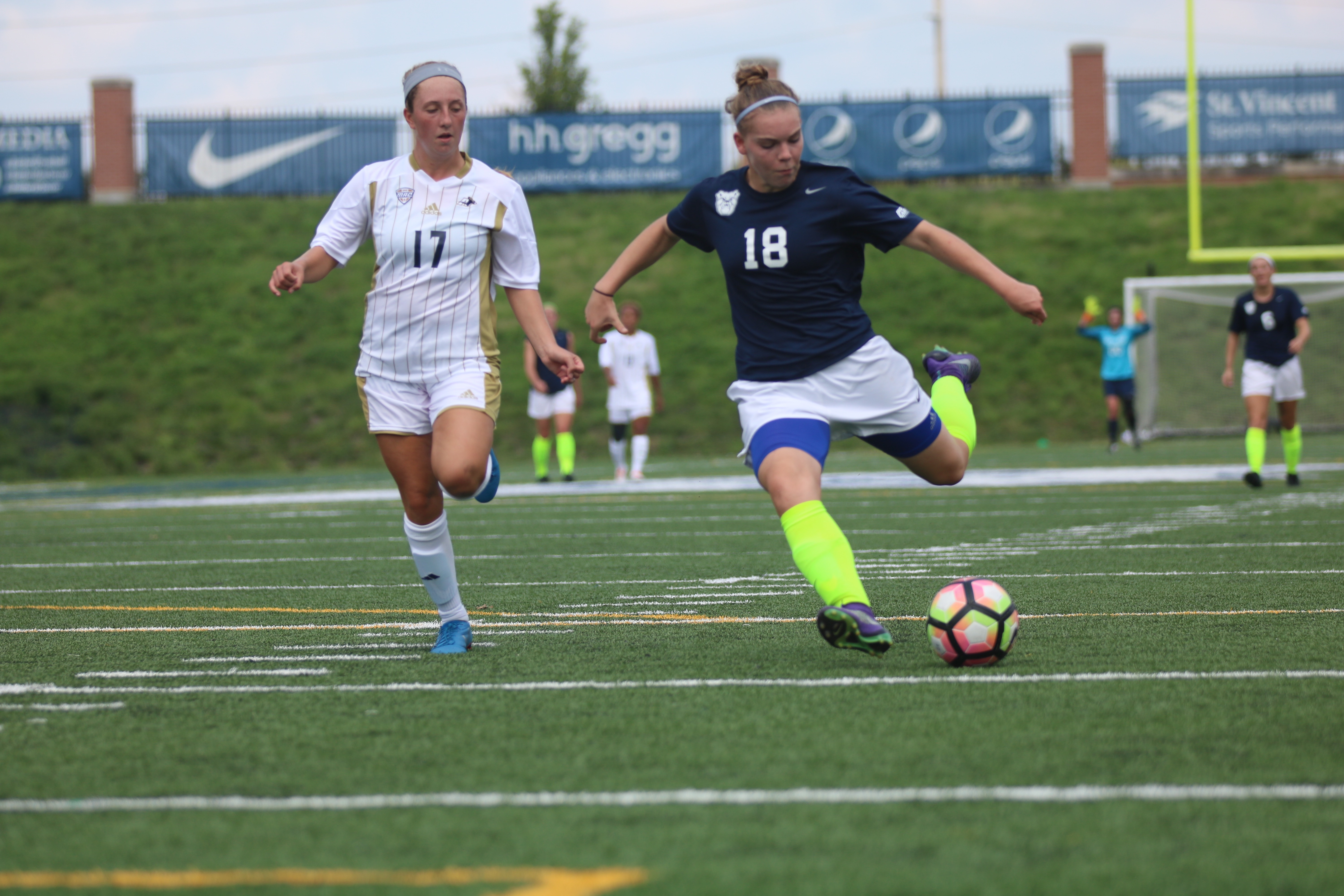 Freshman Maeve Burger outruns a University of Akron player on the field. Photo by Jimmy Lafakis.

The Butler women’s soccer team captured a 2-0 victory at their last home game of the season over Creighton University on Oct. 20.

Senior midfielder Serina Kashimoto scored the first goal of the night in the 10th minute. After a tripping foul on Creighton, Kashimoto beat the goalie to the right on a penalty kick. The goal marked her ninth on the season and kept her penalty kick shooting percentage at 100 percent.

“Serina’s going to leave quite the legacy,” Co-Head Coach Tari St. John said. “It’s just her whole body of work – what she does off the field, her work rate, her leadership, the example she set. There’s just so many things she’s giving to this program that we’re very grateful for.”

Sophomore forward Paige Monaghan struck next for the Bulldogs in the 67th minute off a double assist from sophomore defender Kyra Cooke and sophomore midfielder Gabrielle Lemkuil.

Sophomore goalkeeper Hannah Luedtke registered three saves on the night and was credited with the shutout, her ninth of the season. Along with Luedtke, junior Christy Chou helped protect the goal. She headed the ball away from the goal on a Creighton corner kick, adding a statistic to the save column.

“It was important win over Creighton,” St. John said.

The Bulldogs take on Marquette University on the road on Sunday, Oct. 23 at 2 p.m.