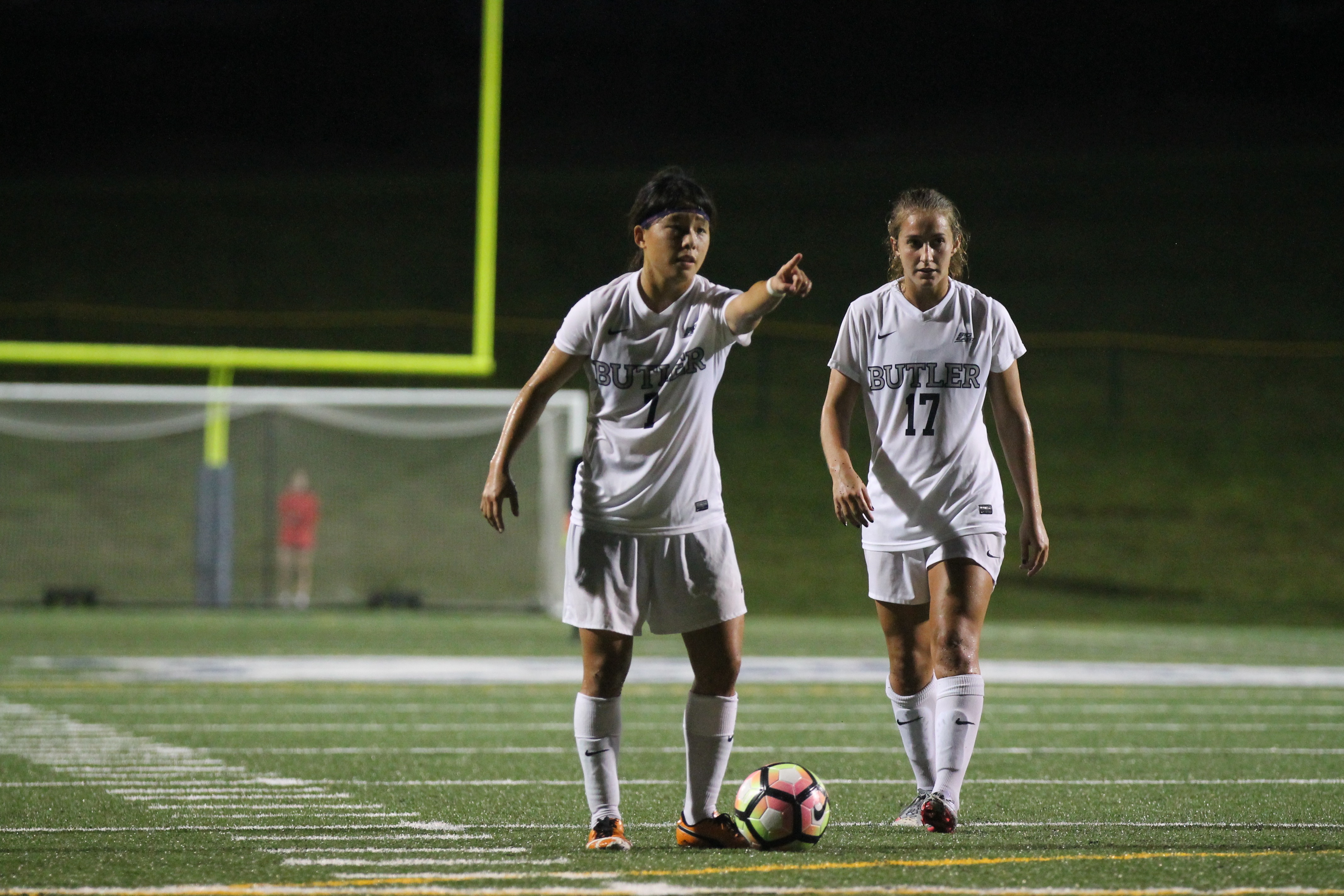 The Butler University women’s soccer team suffered a 2-1 loss in overtime on the road against Marquette University on Oct. 23.

After 48 minutes of scoreless play, the Golden Eagles struck first to hold a 1-0 lead to start the second half.

In the 66th minute, the Bulldogs evened the score when senior midfielder McKenzie Muchow earned her first goal of the season. The goal was assisted by other senior midfielder Serina Kashimoto, who overwhelmingly leads the team in points with 24.

Muchow’s game-tying goal forced the contest into overtime. However, the Golden Eagles ended the match with game-winning goal in less than three minutes, making the final score 2-1.

In the goal, sophomore Hannah Luedtke registered seven saves on 16 shots and nine shots on goal by the Golden Eagles.

The team takes on Xavier University on the road in their final regular season game on Oct. 28.. Tournament play begins on Tuesday, Nov. 1.