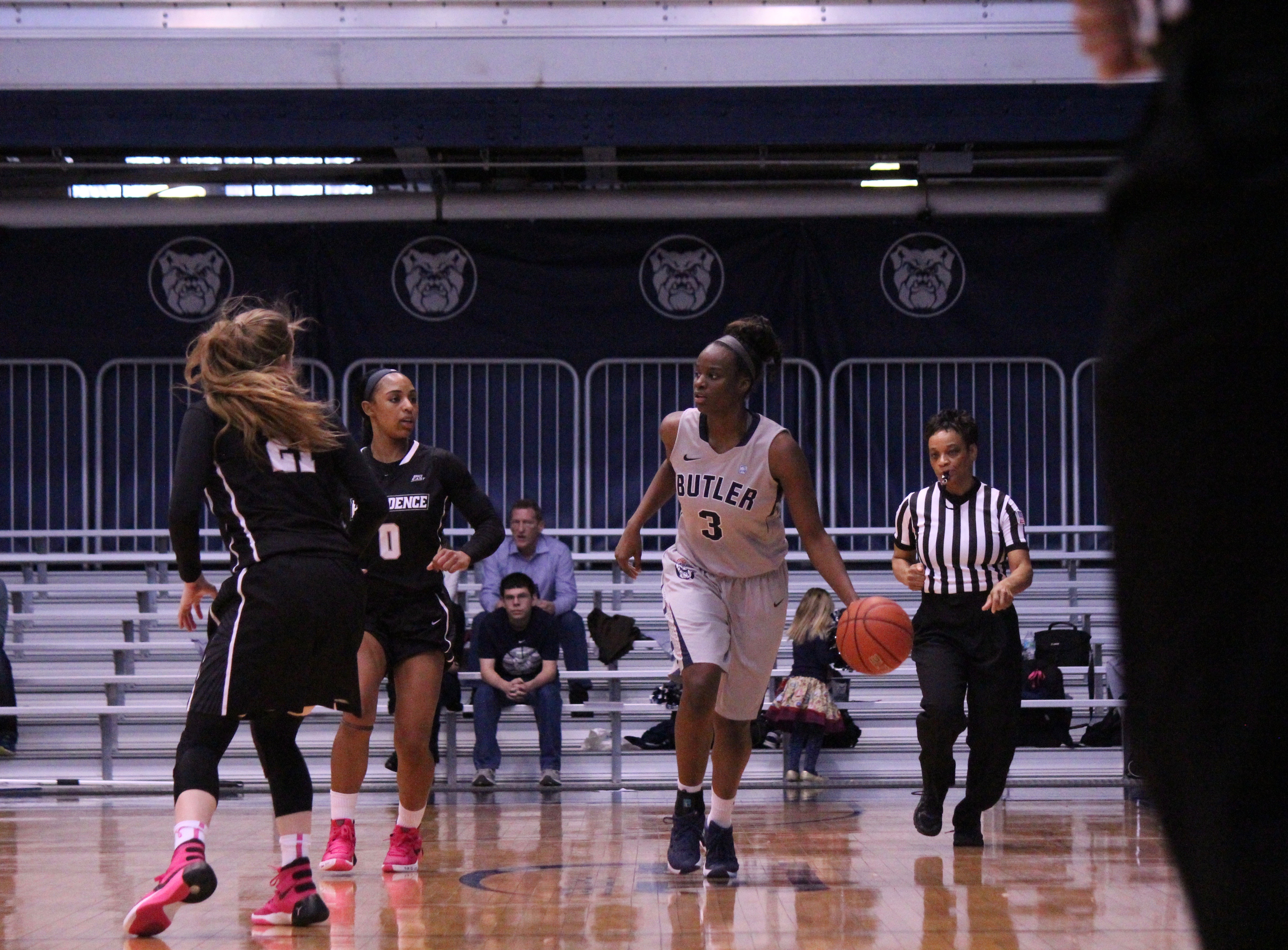 The Butler University women’s basketball team will open the 2016-17 season in Hinkle Fieldhouse with an exhibition game on Oct. 30 against Hanover College.

The first regular season game is just over two weeks away, and all is calm within Hinkle. Members of the young team know differently. For them, preparation for the upcoming season began months ago.

Sophomore guard Alexa Bailey said getting into “basketball shape” is essential to success early in the season.

“You come off ready to go, and that just starts everything else well as opposed to having a bad practice,” Bailey said. “That just shows this season can be good.”

A Big East preseason poll among coaches ranked Butler eighth out of the conference’s ten teams.

“I think it’s motivating to them,” Godlevske said. “We feel that we have the depth and talent to not only compete for a Big East championship, but to compete with most teams across the country. I think our work ethic and determination to prove that has been very good this season.”

The team returns to the court with new changes on the coaching staff and roster.

On staff, Natalie Morse is a familiar face in a new role, stepping in as assistant coach. Morse spent two years as the director of basketball operations for Butler before Godlevske announced her promotion in June.

The Bulldogs will look towards underclassmen to fill in key absences left by last year’s seniors Blaire Langlois and Belle Obert. The pair created a defensive and offensive force for the team, combining for an average of 65.3 minutes per game. Langlois led the team in points scored while Obert’s defensive efforts topped the team in blocked shots.

Buck is the oldest returning member on a team with six new members, exactly half of their roster. These new members include four first years and two junior transfers.

“It’ll take a few weeks and a few games to get used to playing with each other,” Buck said. “But as far as off the court, it’s been really great.”

First-year guard Sydney Shelton said she plans to embrace the opportunity to play for a Division I school. Shelton was a 2016 Indiana All-Star, ending her career at Mt. Vernon High School (Fortville) with 1,985 points. Her biggest challenge, she said, is adjusting to the style of play.

“Since half the team is new we can take time to break down strategies so everyone can understand it,” Shelton said. “We’re all on the same pace.”

The addition of University of Iowa transfer Whitney Jennings along with Kaela Hodges from Wabash Valley College will add much needed depth to the team.

A former Indiana Miss Basketball recipient, Jennings returns to her Hoosier roots with 62 career starts at Iowa under her belt. Jennings will be sidelined for this season per NCAA transfer regulations.

As a junior college transfer, Hodges is not bound by the same rules, and can make an immediate impact for Butler this year. Godlevske said the addition of the 6-foot forward has been a “pleasant surprise.”

“We just have more depth,” Godlevske said. “It’s made our practices more competitive. It’s made the kids more hungry to prove themselves on a daily basis.”

Last year, the Bulldogs struggled against Big East opponents and concluded the season with a 4-14 conference record. Overall, the team stood at 10-21.

While the team’s inexperience and youth is an investment for the future, it worked as a double-edged sword the previous season, a weakness Godlevske acknowledged.

“At times last year it bit us when we got into situations where they haven’t quite figured out how to win yet,” Godlevske said. “That’s something they still have to learn to overcome.”

Despite low points, highlights from last year include overcoming Xavier University 48-47 in the first round of postseason playoffs for the program’s first Big East Tournament win. The team would later fall to nationally-ranked DePaul University in the quarterfinals.

Looking forward, the Bulldogs will face challenging opponents in conference and nonconference games. Early tests include the University of South Florida, a consistent presence in national polls and NCAA tournament team.

Bailey and Buck said staying injury-free will be essential, a hindrance all last year.

The team set goals in a recent meeting to win the Big East tournament and play in the NCAA tournament come March.

“I think that’s pretty realistic,” Buck said. “I think we have a lot of potential. With all the new kids on the team, the teams around the league don’t know what we have.”

The second exhibition game is at home on Nov. 6 against Southern Indiana University. The season officially begins Nov. 11 against East Tennessee State in Hinkle.