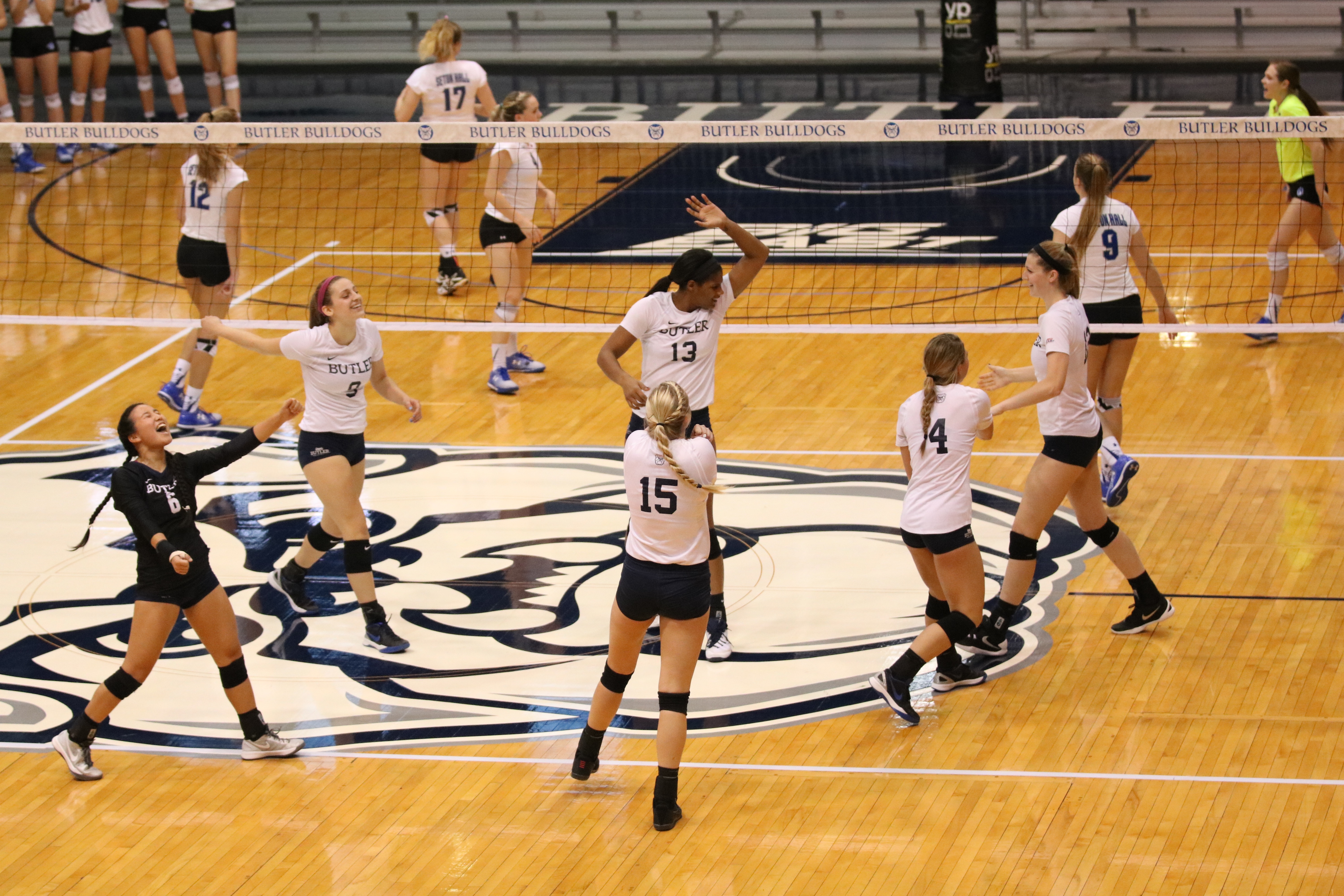 The Butler volleyball team celebrates after scoring a point. Photo by Jimmy Lafakis.

Sophomore libero Taylor Takeda led Butler’s defensive effort with 26 digs. Takeda said she was proud of the way the Bulldogs gelled during the match.

“We played great together,” Takeda said. “We had a couple of players come off the bench and just perform really well for us.”

“Although we didn’t win, we really showed we had fight in us,” Logan said. “We are just looking to come out strong and not let teams come back in the game.”

Sophomore and junior setters Maddie Freiwald and Makayla Ferguson combined for 59 assists on the evening. Ferguson said the Bulldogs played well, but need to focus on being more aggressive.

“We fought, but we need to come out more ready to play,” Ferguson said. “We don’t want to dig ourselves in a hole.”

“Maddie came off the bench and played a great game,” Clark said. “We had a lot of good positives, but I am most proud of the way fought back after a sluggish start in the first set.”

Butler will continue Big East play against the Creighton Bluejays on Nov. 4. First serve in Omaha, Nebraska, is scheduled for 7 p.m.