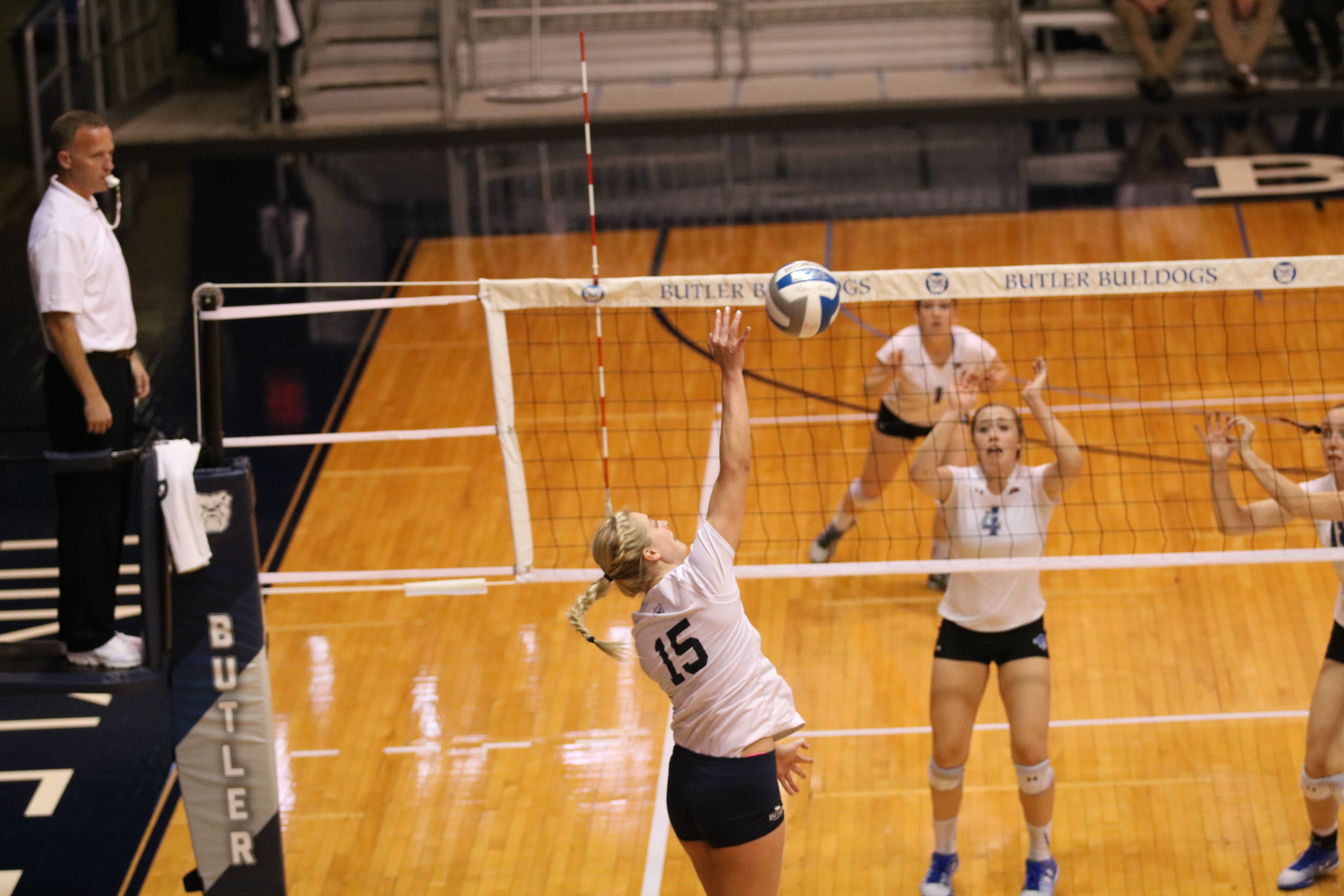 Ferguson said the team will concentrate on finding their rhythm again.

“I think we kept our composure throughout the match,” Ferguson said. “We made each set a close one, and we will try to get back to how we played against St. John’s.”

Redshirt junior outside hitter Jessica Klingensmith provided a spark off the Butler bench, adding a team-high seven blocks. Klingensmith said she was proud of her team’s persistence.

“We stayed together as a team all weekend,” Klingensmith said. “We were together through thick and thin. We are focusing our eyes forward and are looking forward to putting everything out there and giving it our best shot.”

The match was competitive throughout, and neither team could build much of a lead. Head coach Sharon Clark said this loss will be a tough one to swallow.

“It is unfortunate, but these losses happen,” Clark said. “It is more about what we do next week. We just want to get ourselves back together and move forward with it.”

Butler will travel to Cincinnati to face Big East foe Xavier University on Oct. 27. First serve for the match is scheduled for 6 p.m. The match will be the first of Butler’s five-match road swing.