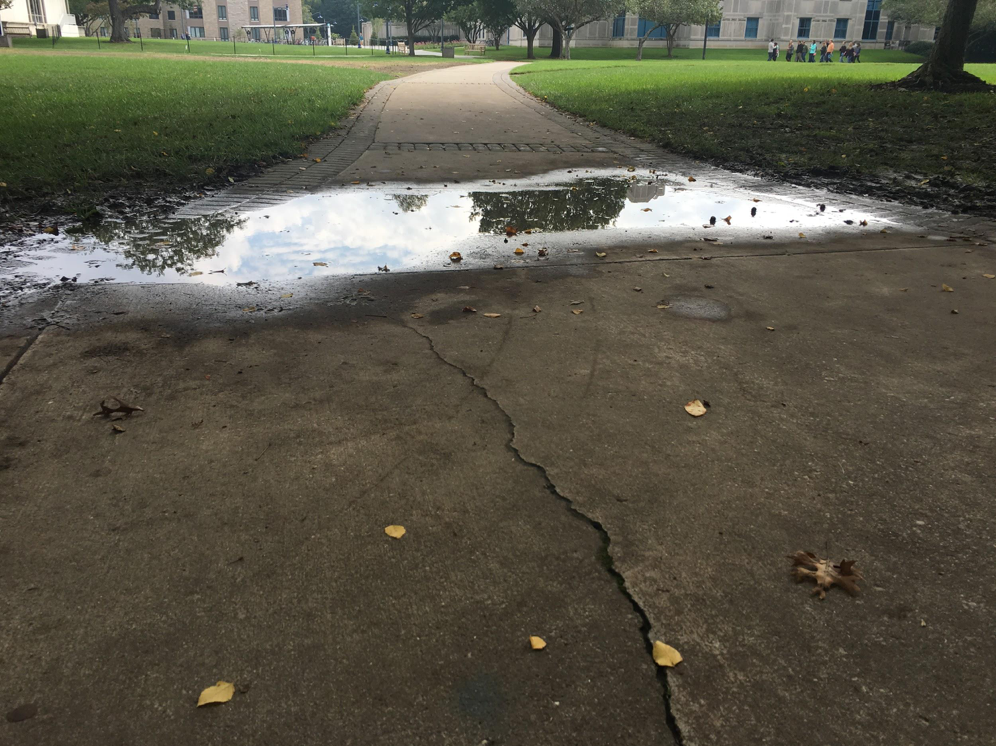 Puddles invaded Butler University’s campus due to recent storms and intermittent rainfall, and students are forced to take alternate routes to class to avoid these deep puddles.

Executive director of operations Rich Michal said the puddles problem is an old one.

“They’ve been a concern since before I’ve been here,” he said. “The drainage system worked well in the beginning, but there needs to be a change.”

Originally, the mall used to have a street running through it. However, in the 1990s, the campus mall was reconstructed, and the street was removed. With the old street, there was a complete drainage system with storm drains strategically placed.

Without the storm drains here now, it’s puddles galore. There is a new design in progress to re-do all of the sidewalks and replace the current pavement with permeable pavement.

Michal received personal complaints about the puddles and said change is on the way.

“The new sidewalks are coming,” he said. “We’re in the process of developing new campus standards and getting rid of the puddles.”

He said permeable sidewalks will be on campus in the next five years, which will raise the campus standards and make our campus even more beautiful — and walkable — than it is now.

First year Claire Shea said she generally does not have a problem with puddles, in fact, she likes them. However, the puddles at Butler are a different story. “They need to go,” said Shea. “Whenever it rains, even just a little bit, the puddles appear and they flood. They’re flooding constantly.”

One of the biggest puddle sites shows up on the walk from Atherton Union back to Fairview and Residential College. This specific puddle tends to flood about five feet across each time it rains.

Through tweets, talking to Student Government Association members and other outlets, students all across campus have made it clear that these puddles are a problem.