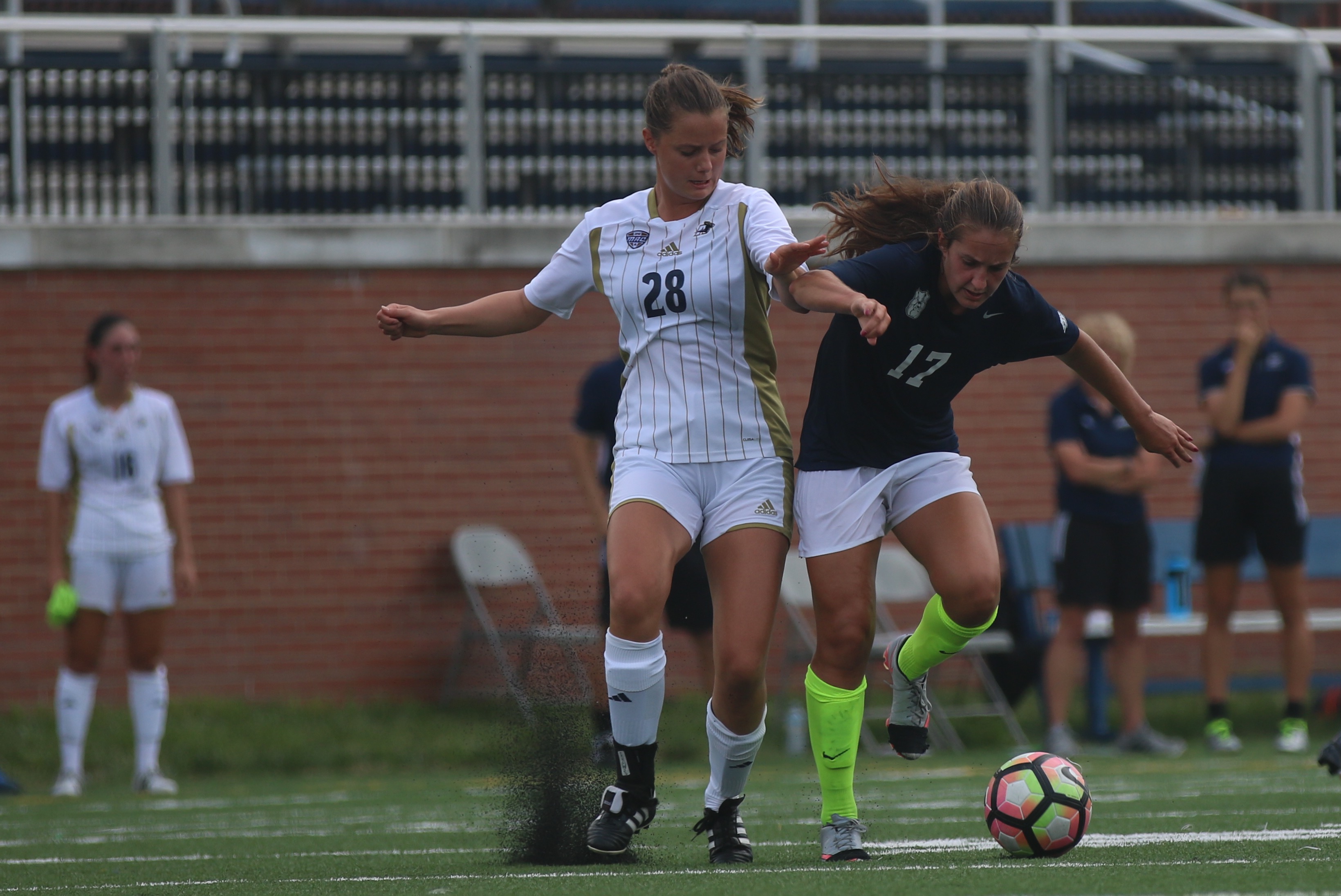 Junior defender Maria Colica beats out a defender for the ball. Photo by Jimmy Lafakis.

The Bulldogs also snapped their six-game shutout streak in the 56th minute of the match. Sophomore goalkeeper Hannah Luedtke and the Butler defense held opponents to 619 scoreless minutes.

During that six-game stretch, Luedtke clocked 574 of the scoreless minutes in the goal. Junior Madison Card picked up the leftover 45 minutes.

The Friars scored the only goal of the game on an unassisted shot from 10 yards out.

“We played against a team that’s incredibly hard working,” Co-Head Coach Tari St. John said. “They didn’t give up on a single moment in the game.”

The Bulldogs outshot the Friars 10-9, with eight shots in the second half. The team was also unable to convert on five corner kicks.

“Not that I like losing at all, but it sometimes gives you that refocus and that motivation to work just a little bit harder and prepare for the next game,” St. John said.

The loss moved the team’s record to 8-2-3. The Bulldogs will take on Depaul at the Butler Bowl on Oct. 6.