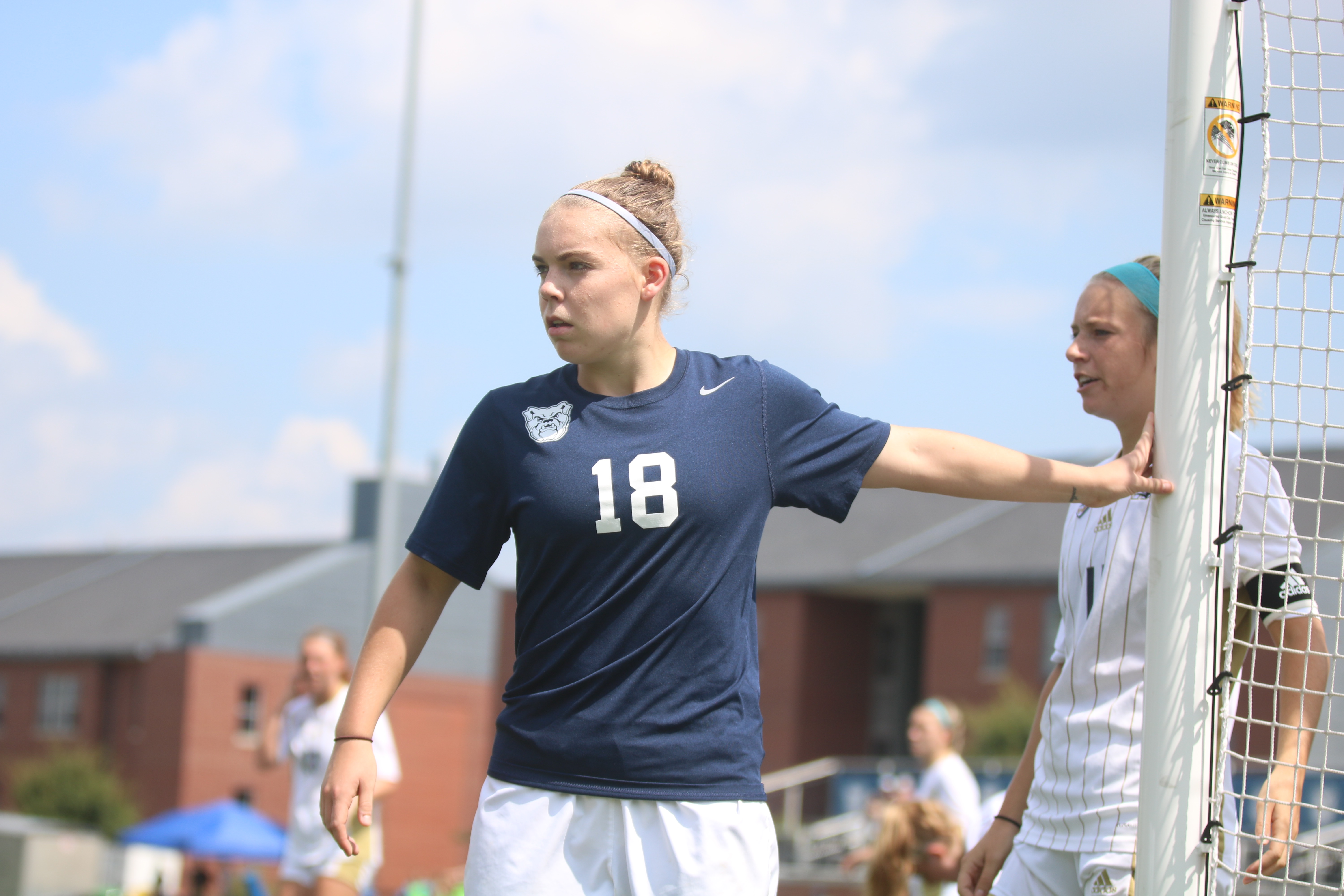 The Butler University women’s soccer team captured a 2-1 victory over Seton Hall University on Oct. 16 at the Butler Bowl.

The Bulldog offense headlined the match with 18 shots, 11 on goal, and 10 corner kicks. Seton Hall’s offense contrasted greatly with that of the Bulldogs. The Pirates took seven shots – two on goal – and one corner kick.

Sophomore goalkeeper Hannah Luedtke played the duration of the match, allowing one goal in the 27th minute and registering one save.

Junior defender Shannon McDevitt also scored her first goal of the season and second goal of the match in the 61st minute. The goal came on one of the 10 corner kicks. Senior midfielder Serina Kashimoto assisted the goal from the corner.

The victory pushed their record to 9-5-2 overall and 2-3-2 in conference play.

The Bulldogs face the Blue Jays of Creighton University in their final home game on Thursday, Oct. 20 at 7 p.m.