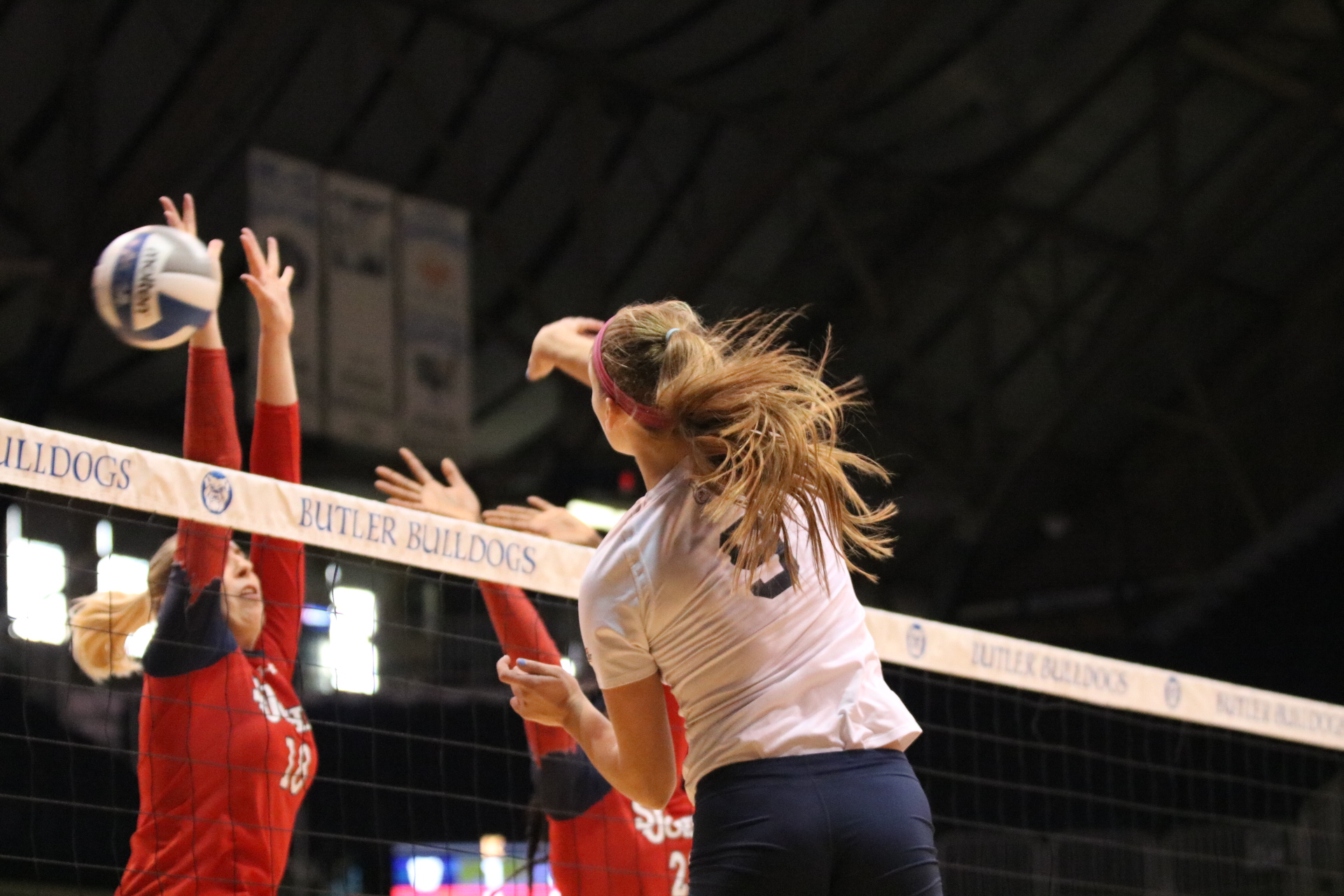 “That sweep feels incredible,” Ferguson said. “The team chemistry and vibes we had from the start of the game were so great. Those things really helped us pull out that win.”

Head coach Sharon Clark said she was pleased with her team’s persistence against a tough opponent.

“I kept telling them to stay after it,” Clark said. “We had to be patient and keep going at it so we could get them to crack a little bit. We definitely did that in the second set.”

Sophomore middle blocker Kai Jarema added eight blocks of her own to help anchor the defense. Sophomore outside hitter Anna Logan led Butler offensively with 14 kills. Logan said the Bulldogs brought the right level of intensity and will aim to emulate that effort Saturday against Seton Hall.

“We passed extremely well and blocked just as well,” Logan said. “The sweep is just giving us more momentum to go into the next match.”

“We were definitely ready to get out there and play,” Baylin said. “We were feeling it tonight.”

Butler will face the Seton Hall Pirates on Saturday at Hinkle Fieldhouse. First serve is scheduled for 6 p.m.