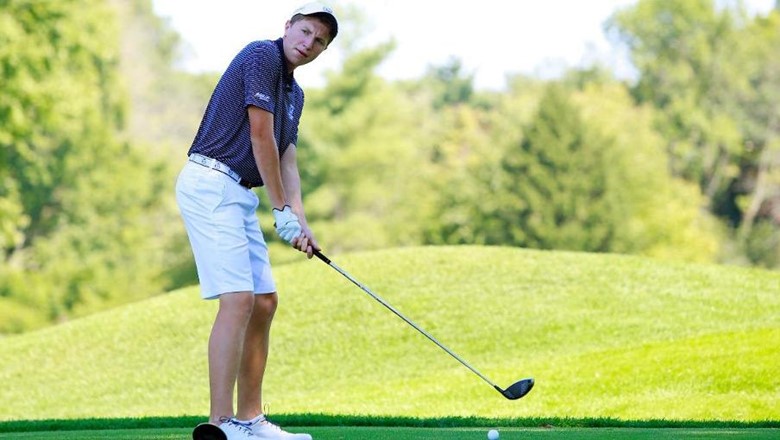 The Butler University men’s and women’s golf teams competed in the Butler Fall Invitational at Highland Golf and Country Club Oct. 3-4, with both teams finishing third in the team competitions.

Junior Kelsey McDougall led the women’s team with rounds of 72 and 77 finishing in a tie for sixth. Sophomore Lauren Tibbets also placed in the top 10 with a two-round total of 152.

Juniors Rachel Gathof and Abigail Gleixner both finished with totals of 156. Freshman Betsy Warner rounded out the team effort with a two-round total of 171.

Freshman Patrick Allgeier turned in rounds of 71, 69, and 72 for a 212 total to finish in a tie for 3rd place, marking the best finish of the freshman’s young career.

“I hit the ball pretty well from tee to green over the two days,” Allgeier said. “I hit my approach shots close to the hole on the first day, which led to converting some of the short puts I had.”

Senior Joey Arcuri and sophomore Gehrig Hollatz finished in a tie for 10th with three-round totals of 216.

The men’s team also had three golfers competing as individuals.

University of Indianapolis won the team event on the women’s side with a team total of 592. IUPUI and Butler University completed the top 3 followed by Marian University, Chicago State University, Eastern Illinois University, and Bellarmine University.

University of Indianapolis’s Paxton DeHaven won the individual title with rounds of 72 and 71 for a 143 total.