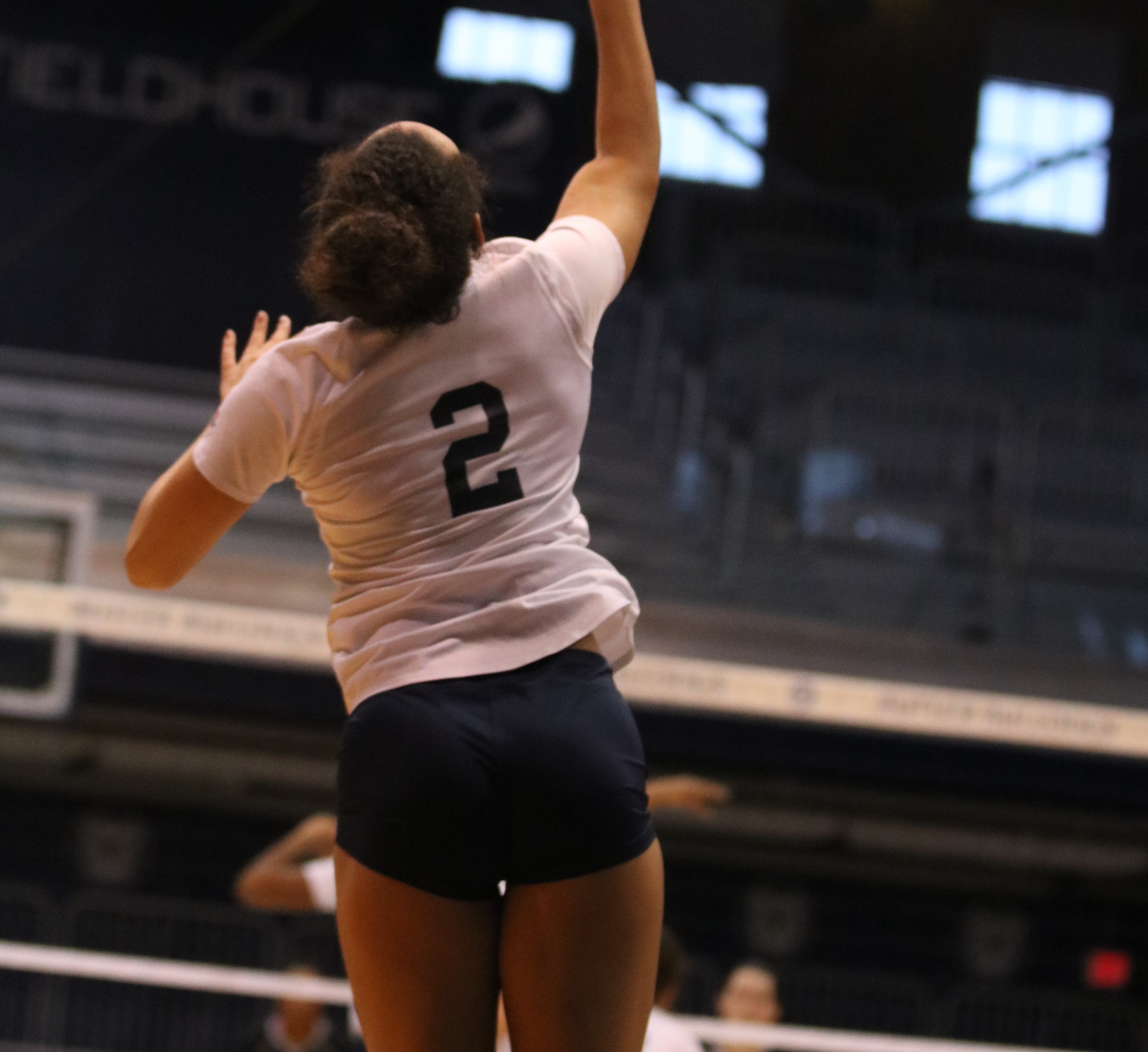 Sophomore Kodi Smith sends the ball over the net against Providence College. Photo by Jimmy Lafakis.

The Butler University volleyball team captured a four-set victory over the Villanova University Wildcats on Oct. 14 and boosted their record to 14-10 (3-5 Big East).

Sophomore outside hitter Anna Logan posted her eleventh double-double of the season, contributing 17 kills and 14 digs.

Logan said the Bulldogs wanted to make a statement to the Big East.

“We came out really strong,” Logan said. “We showed ourselves and the Big East what Butler volleyball is. We want to continue to block well and have fun as a team.”

Junior setter Makayla Ferguson added a double-double of her own with a team-high 47 assists to go along with 11 digs. Ferguson said the win boosted Butler’s confidence.

“We have been in a bit of a slump lately, but we never let down,” Ferguson said. “We did not dwell on our past losses. We used those as motivation to play well tonight.”

Redshirt sophomore outside hitter Whitney Beck joined the double-double club with 11 kills and a team-high 20 digs.

Head coach Sharon Clark said she was pleased with her team’s persistence.

“Tonight, we kept that roll going,” Clark said. “We kept our energy high and kept our aggressiveness high.”

Redshirt junior outside hitter Jessica Klingensmith added three blocks and a service ace. Klingensmith said the Bulldogs will use this momentum going into Saturday’s match against Georgetown.

“We are going to focus in on another Big East win,” Klingensmith said. “We are ready for our next win streak.”

Butler will square off against Georgetown University on Oct. 15 at 6 p.m. at Hinkle Fieldhouse.