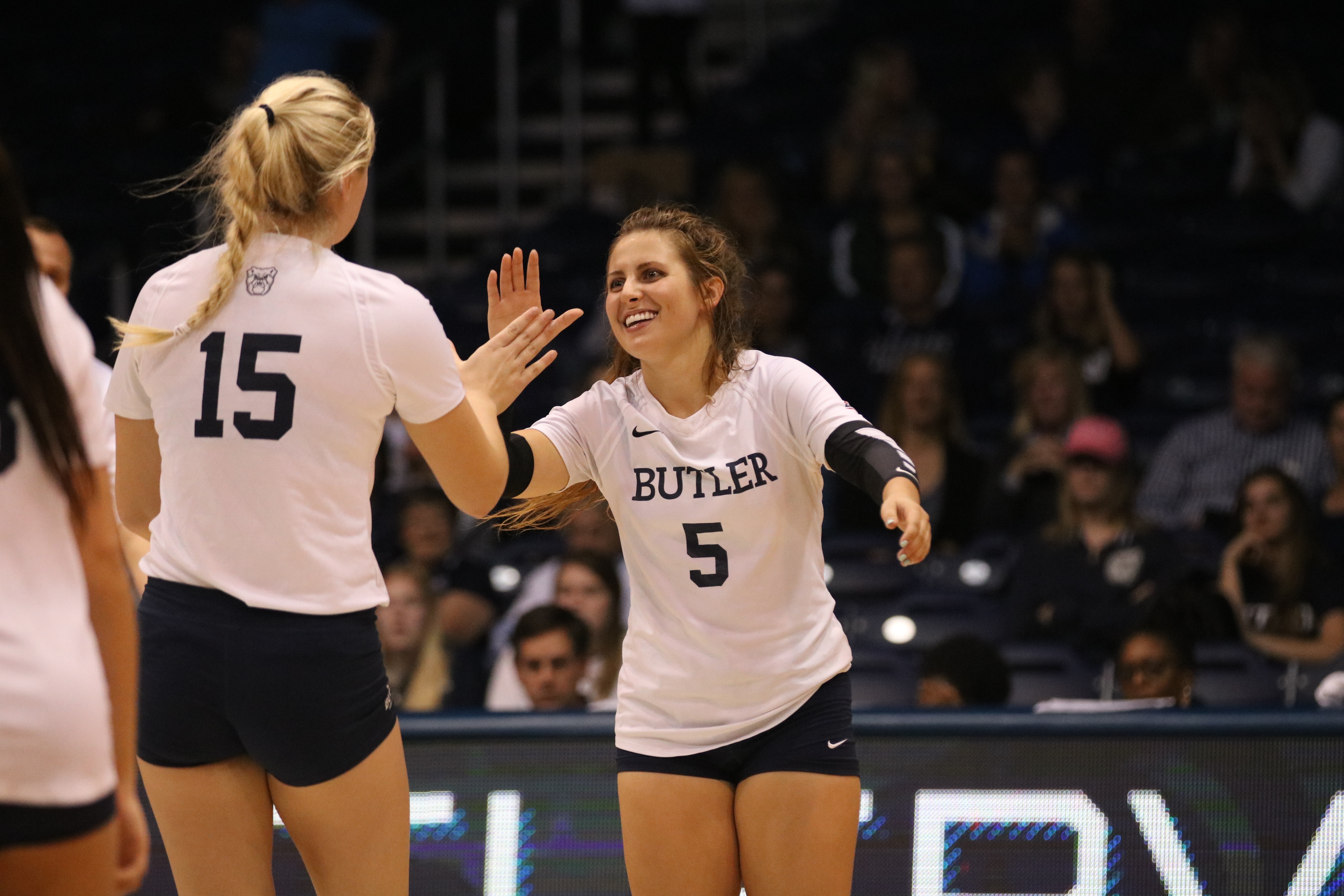 “When we play loose and have fun, we get things done,” she said. “We were able to keep our energy at a high level tonight.

Logan and redshirt sophomore outside hitter Whitney Beck combined for 26 kills in the victory.

As a team, Butler hit .278 compared to the Hoyas’ .065. Butler also struck down nine aces, while Georgetown had just one.

“Mentally, we were in the perfect place,” Clark said. “We were unbelievably loose, but also very intense. And that is how you play a perfect match.

Clark rewarded her team by granting them an off day on Monday. Junior setter Makayla Ferguson, who led the team with 25 assists and three blocks, said the Bulldogs will enjoy the break.

“We’re going to use the momentum from the win, but we will rest first,” Ferguson said. “Having Monday off is an incredible feeling. It is definitely something we are going to take advantage of.”

The Bulldogs will welcome the St. John’s Red Storm to Hinkle Fieldhouse on Oct. 21. First serve against the Big East foe is scheduled for 6 p.m.