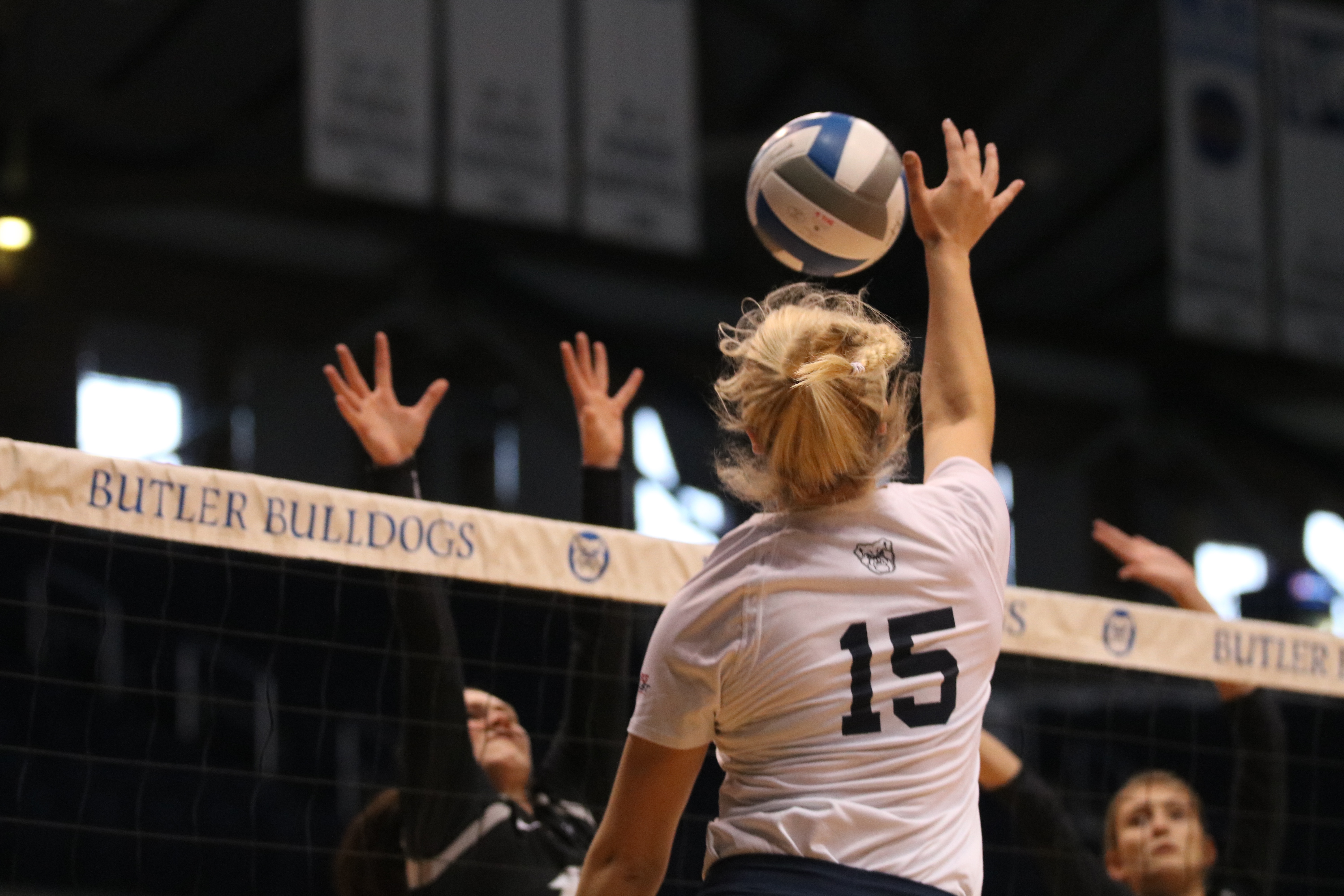 Redshirt sophomore Whitney Beck sends the ball over the net during the Butler volleyball match against Providence. Photo by Jimmy Lafakis.

“We came out with a lot of energy to get this win tonight,” Beck said. “We have taken the Seton Hall loss as motivation to perform well in the Big East.”

“We sang, we danced and had a lot of fun,” she said. “The dancing allowed us to get loose and we were able to play relaxed.”

Head coach Sharon Clark said she was pleased with her team’s energy. She said the Bulldogs’ persistent efforts helped them secure the win.

“The girls were awesome tonight,” she said. “They went out there, played relaxed and had a ball. That is how it always should be.”

Butler will take on the Creighton Bluejays (9-6, 3-0 Big East) on Saturday at 6 p.m. at Hinkle Fieldhouse. Klingensmith said she remains confident for the road ahead.

“This win tonight feels great,” she said. “We are one step closer to achieving our goal of winning the Big East.”