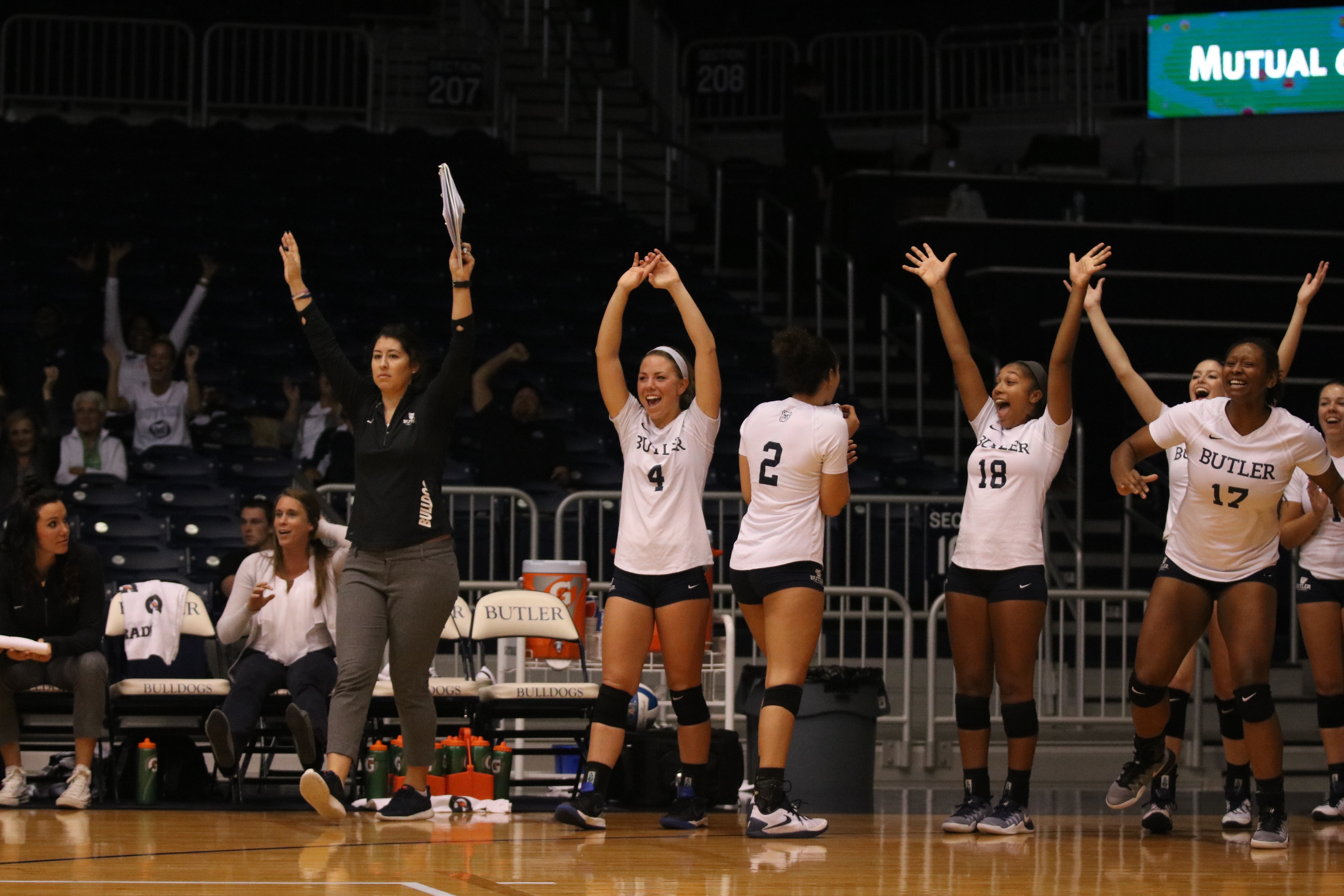 The Butler volleyball team celebrates after scoring a point. Photo by Jimmy Lafakis.

The Butler University volleyball team dropped a match to the DePaul University Blue Demons on Oct. 5.

Freshman outside hitter Brooke Gregory struck down 13 kills in the matinee, while sophomore outside hitter Anna Logan contributed 12 kills and two service aces. She said the Big East slate is challenging her and the team.

“Every Big East match, including today’s, have been all-out brawls,” Logan said. “It was a great that we served well today. But we already knew this conference was going to be extremely competitive and it’s showing.”

Junior setter Makayla Ferguson handed out a team-high 49 assists. Ferguson said she was proud of the way the Bulldogs blocked the ball and said they will continue to work on finishing matches.

“We were able to shut down some of their strong hitters,” Ferguson said. “That is always one of our goals going into the game. We showed some really good things today and will continue to work on building better communication on the court.”

Head coach Sharon Clark said the team had stretches of brilliant play, but wants Butler to focus on fighting until the final whistle.

“We always have to keep our intensity up,” Clark said. “We have to keep the pressure on our opponent until the last ball falls.”

The Bulldogs will return to action at Hinkle Fieldhouse for a 4 p.m. match against Big East foe Xavier on Oct. 8.