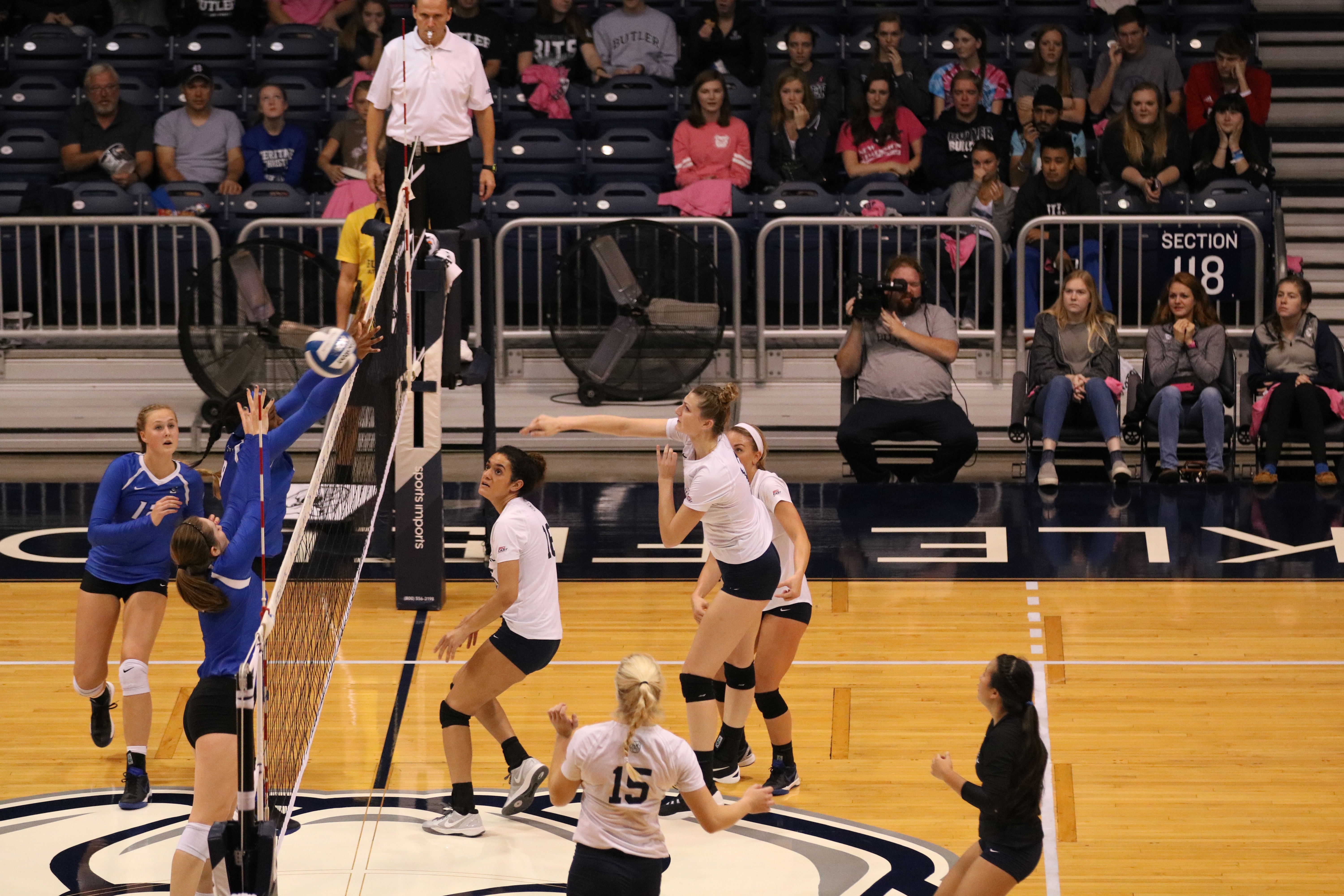 The Butler volleyball team plays a set against DePaul University on Oct. 5. Photo by Jimmy Lafakis.

Junior setter Makayla Ferguson cited the Bulldogs’ perseverance as a reason for optimism.

“I think we fought really hard in those last two sets,” Ferguson said. “We did not give up when things were not going our way. We can use that as motivation for the future.”

Freiwald said Butler keeps their focus on improving their gameplay.

“We have all the talent we need,” Freiwald said. “We just need to make all of the pieces fall together. That is something that takes time.”

“We started off just fine,” Clark said. “We just have to find our rhythm back again and focus on playing consecutive stretches of good volleyball.”

Sophomore libero Taylor Takeda’s 23 digs were a bright spot for the Bulldogs. Butler will return to action against the Marquette Golden Eagles on Oct. 12 at 8 p.m in Milwaukee.