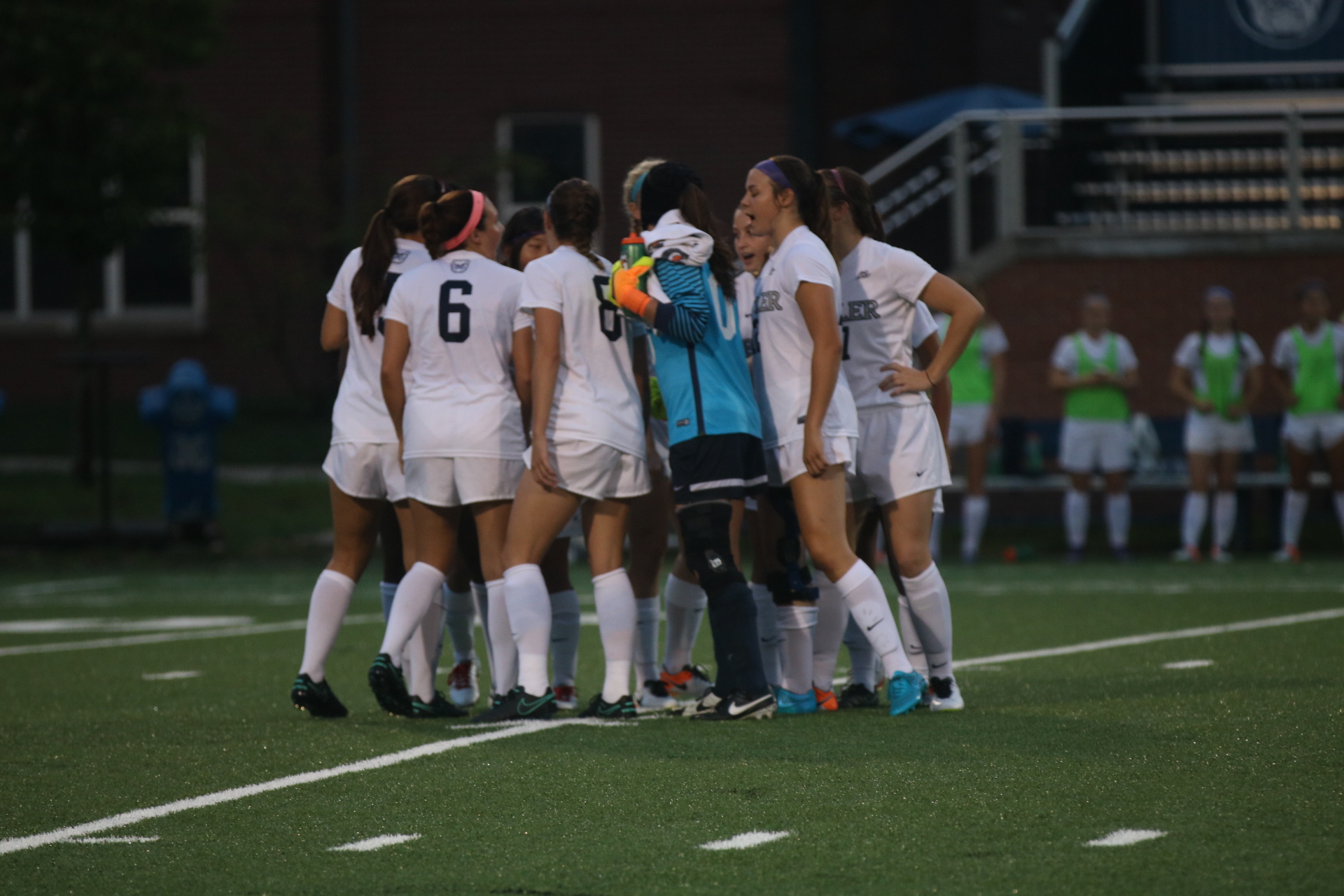 The Butler University women’s soccer team huddles before the start of a game. Photo by Jimmy Lafakis.

In the visiting leg of the Hoosier Challenge Cup on Sept. 2, the Butler University women’s soccer team did their part and defeated a previously undefeated Southern Methodist University 2-1.

Senior midfielder Serina Kashimoto scored the first goal less than six minutes into the game, giving the Bulldogs an early lead. The next goal came in a similar fashion – within three minutes of the second half beginning. Sophomore forward Breann Pempek scored her second goal of the season, netting one to the upper right corner.

Sophomore goalkeeper Hannah Luedtke finished the afternoon with three saves on four shots on goal. Butler, however, netted their only two shots on goal.

Although SMU scored their only goal in the 63rd minute, the squad threatened Butler with two shots on goal in the final three minutes. But, the Bulldog defense held, clinching the victory.

With a now 3-1-1 record, the Bulldogs will take on the Tigers of Louisiana State University on Sept. 4 at 1 p.m. for the home leg of the Hoosier Challenge Cup.