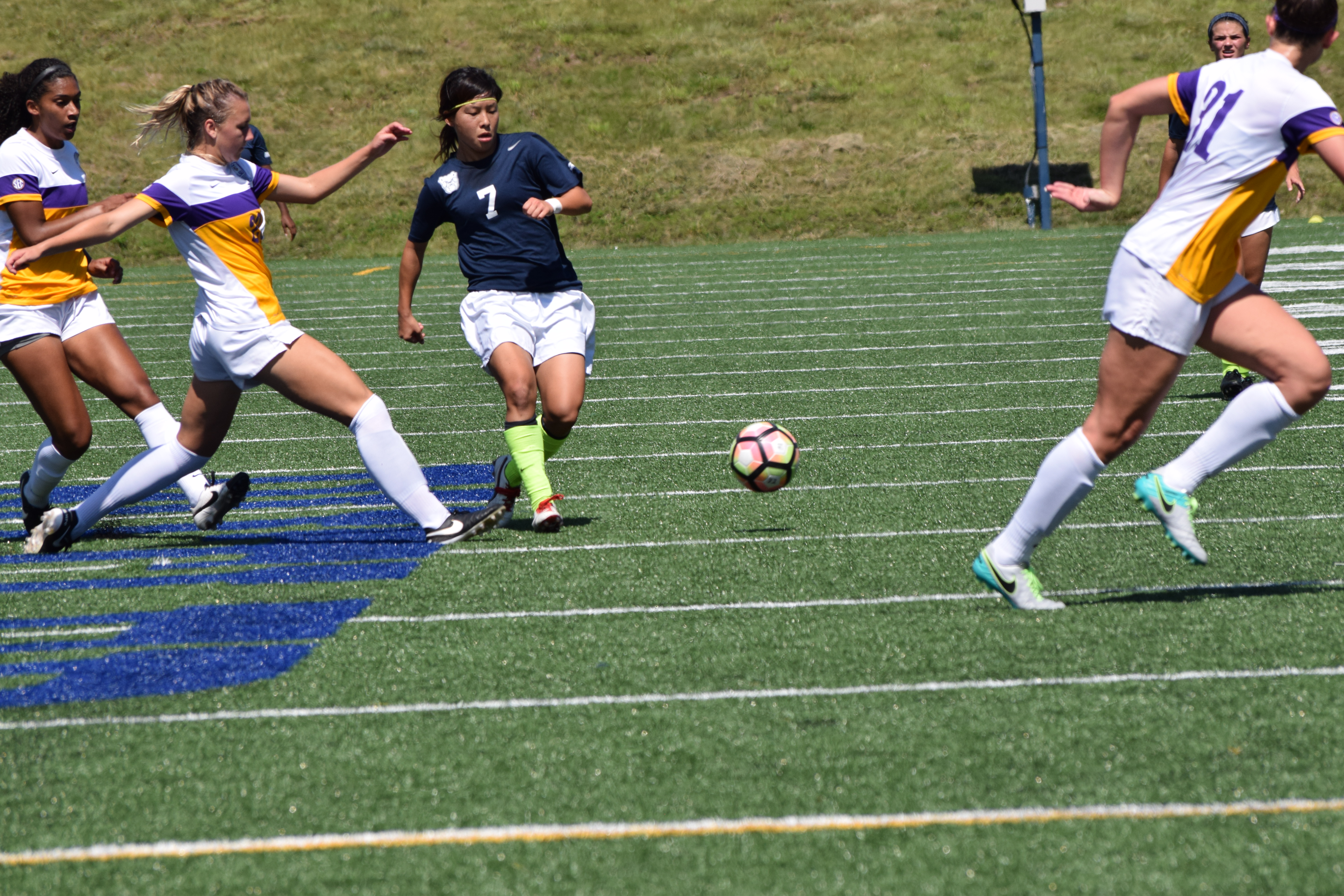 Senior Serina Kashimoto slips past two defenders while another waits on her. Photo by Ritz Davison

After a rainy day, the sky cleared in time for the Butler women’s soccer team to earn a 3-0 victory over the Indiana State Sycamores at home on Sept. 8.

The Bulldogs outshot the Sycamores 16-7, with eight shots coming in each half. Despite this, the Bulldogs remained scoreless throughout the first half.

“We didn’t come out sharp in the first half, but we were able to come back out and stretch their defense in the second half,” Co-head coach Tari St. John said. “We played with a lot more aggression and willingness to get forward over the final 45 minutes.”

After 58 scoreless minutes, senior midfielder Serina Kashimoto put the Bulldogs on the board with an unassisted goal from 29 yards out.

Sophomore forward Halle Stelbasky struck eight minutes later. An assist from junior midfielder Brenna Pawelkowski gave Stelbasky her first goal in 10 months. Her last came on October 30 against Xavier, a minute before she tore her ACL.

“Going into the game I just had a feeling that I would score a goal,” Stelbasky said. “I can’t thank my teammates enough and the coaching staff and everyone out there for supporting me. I’m back – I’m really back.”

Senior goalkeeper Hannah Luedtke held down the goal for the Bulldogs, shutting out the Sycamores and recording three saves. The final score of 3-0 is the largest margin of victory on the season for the team.

The Bulldogs now hold a 4-2-1 record and look to carry the momentum from Thursday’s game into Sunday. Originally scheduled to face Fort Wayne on their home field, the contest will now take place at Indiana Tech to eliminate the possibility of rough field conditions. The game will now start at 11 a.m.