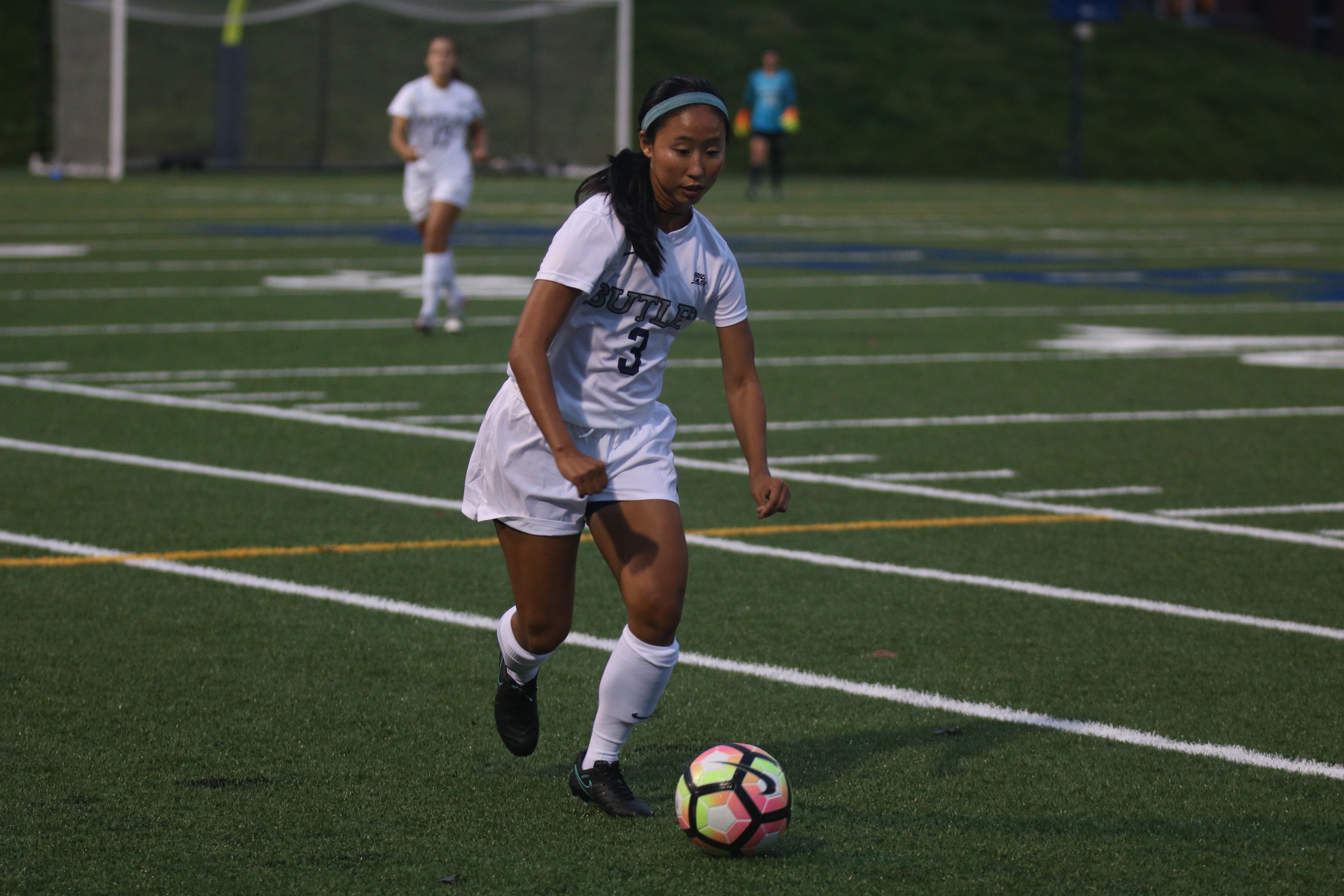 Junior Christy Chou scored the lone goal for Butler in their 2-1 loss to LSU. Photo by Jimmy Lafakis.

In the second and final leg of the Hoosier Challenge Cup, the Butler University women’s soccer team took on Louisiana State University at home, but fell to the Tigers by a score of 2-1.

After a defensive first 25 minutes from both teams, LSU struck first in the 26th minute. Just over two minutes later, senior midfielder Serina Kasimoto assisted junior defender Christy Chou for a header, tying up the contest.

“It was great to get one on the board,” Chou said. “It was a great ball by Serina – she practices those all the time, so it was great to be able to service it and get my head on it.”

The next fifty-nine minutes marked a scoreless period for both teams, but in the 60th minute of the scoreless stretch, the LSU Tigers had the final say in the outcome of the game. A goal by LSU gave the Bulldogs a 1-2 deficit to pull themselves out of in the final three minutes of the game.

Unable to catch up, the Bulldogs suffered their second loss of the season.

“It was a good Sunday grind of a game, having played on Friday and exerting a lot of emotion and energy into getting that win against SMU,” co- head coach Tari St. John said. “I thought we played well for 70 minutes, and some days that will be good enough, but today it wasn’t.

The Bulldogs will take on Indiana State University on Sept. 8, looking to bounce back from the loss.