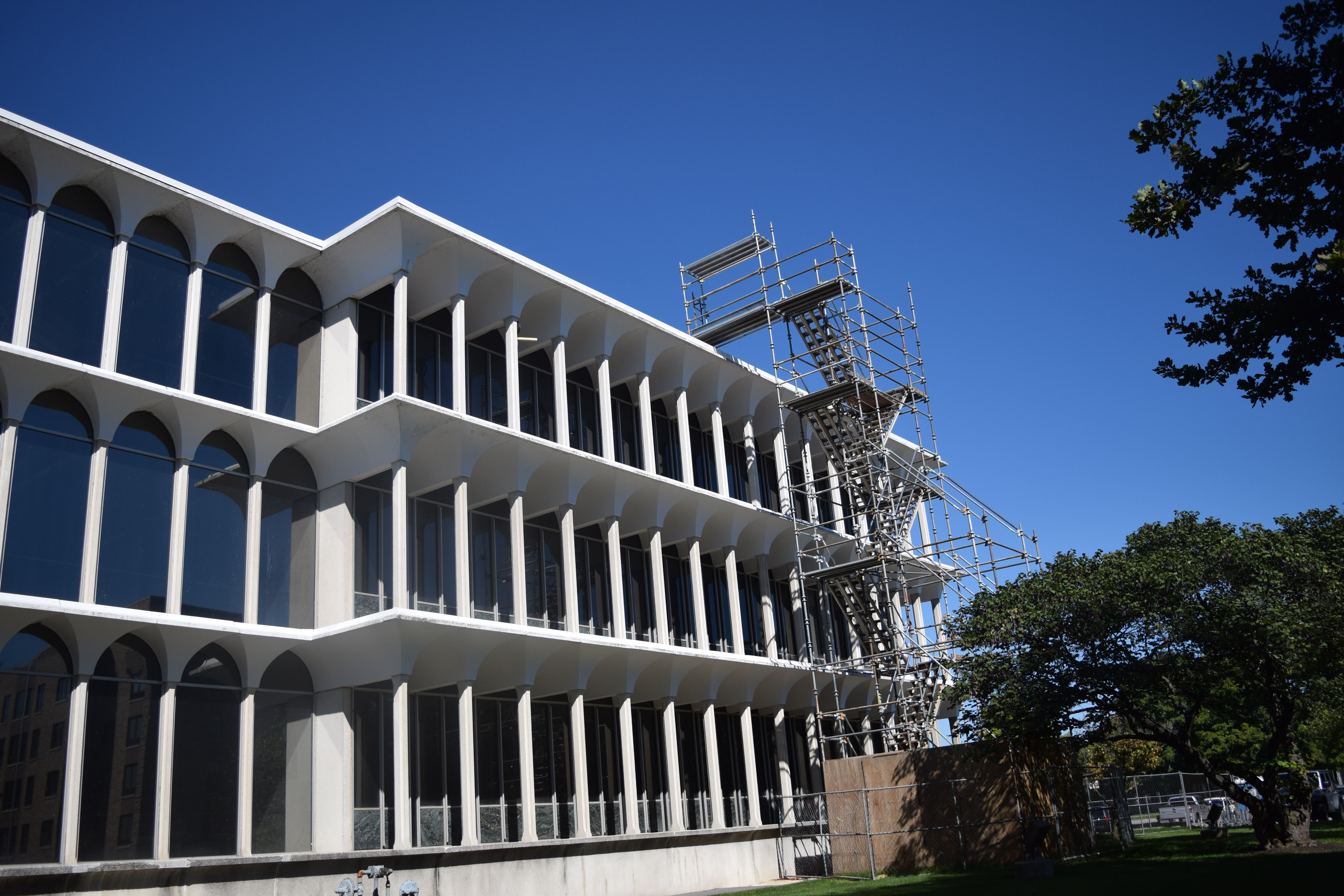 The Irwin Library, surrounded by yellow caution tape, was quiet over the holiday weekend. Construction crews have been working to restore the building’s roof and stairs.

The lobby of the library has been under construction since last Thursday.

Crews of construction workers have assembled, scaffolding where the beams will be put on the roof and the upper levels of the multi-tiered balconies.

Rich Michal, the executive director of facilities at Butler, is overseeing the project.

“The construction is exciting because it will not only restore the building, but it will also improve the space that students have to work,” Michal said. “The building turned 50 in 2013 and with that history comes a lot of maintenance. There is a custom-made skylight on the roof that needs replacing and requires some special parts.”

Karly Krebs, one of the library’s Information Desk assistants, noticed a decline in students.

“At this point I think people are avoiding it, because the library has been pretty empty the last couple of days,” Krebs said.

Library assistant Carly Gettinger said she was unsure of the timeline for the completion of the project.

“I like the change of scenery from my desk, and I feel like I can focus there better in the environment that they create,” Schulte said. “I don’t think that the construction is too big of a hassle.”

Irwin Library is a unique building. Its open lobby and balconies distinguish it from the rest of the buildings on campus. It was designed by architect Minoru Yamasaki, the same Yamasaki who designed the original World Trade Center.

“The library has really become the center of campus after the construction of Fairview,” Michal said, “and it is exciting to see students there, not only for the books, but to socialize, use the computer labs and join in community.”