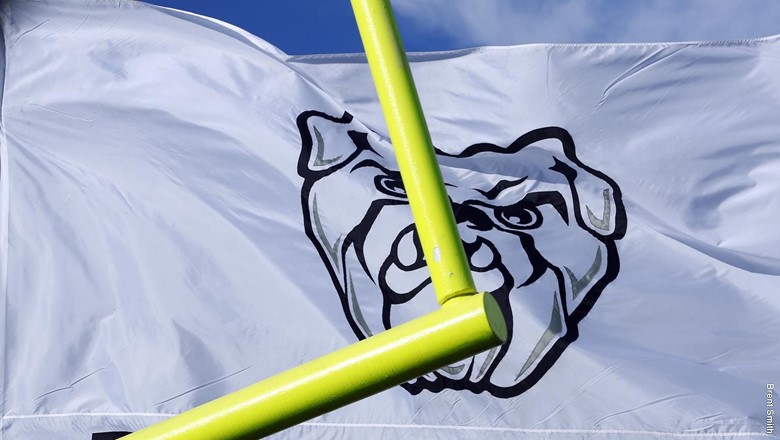 The Butler University football team fell in their season opener in Terre Haute to Indiana State University 41-25 on Sept. 3.

The Bulldogs failed to overcome four turnovers throughout the game.

The first turnover came on Butler’s second offensive possession of the game. The Bulldogs were able to drive all the way to the Sycamore’s one-yard line before redshirt-senior quarterback Malcolm Weaver lost the football. Indiana State’s Tsali Lough returned it 100 yards to give the Sycamores the first points of the game.

The very next offensive play for Butler resulted in a similar transaction as Lough intercepted Weaver. Indiana State would turn that drive into another touchdown and a 14-point lead for the Sycamores.

Weaver ended up completing 18 of 30 passes for 202 yards and the one interception. On the other side of the ball, Indiana State’s Isaac Harker threw for 315 yards and two touchdowns.

The Bulldogs broke onto the scoreboard with just under three minutes left in the first half when redshirt-junior Duvante Lane converted a four-yard run into the end zone. Lane finished with 40 rushing yards on 13 carries.

Butler was able to find success in their running game. The Bulldogs out rushed the Sycamores 145-124 and rushed for four touchdowns. They were led by redshirt-sophomore Anthony Scaccia. Scaccia had 13 carries for 77 yards and two second-half touchdowns.

Despite the early mistakes, the Bulldogs never stopped fighting. With less than five minutes to play in the third quarter, they were down 38-6. Butler went on to outscore the Sycamores 19-3 in the remaining time to bring the final score to 41-25.

The Bulldogs will be in action again on Sept. 10 with their home opener at the Butler Bowl. They will host the Franklin College Grizzlies, who opened their season with a 43-39 victory over Thomas More College. The opening kickoff will be at 6:30 p.m.