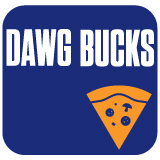 At the beginning of the semester, first-year students received 50 Dawg Bucks from President Danko as a compensation for having to stand out in the rain on move-in day.

Although many students on Butler’s campus have Dawg Bucks and Flex Dollars, not many know the difference between the two or where they are used.

Flex Dollars are part of any semester meal plan available for purchase. All unused Flex Dollars will not roll-over into the next semester.

Flex Dollars can be used at any of the dining options on campus, as well as Starbucks, C-Club and C-Store. They are also accepted in the Butler Bookstore for buying items such as notebooks, medicine, personal hygiene items and headphones.

“I normally use them at C-Club if I don’t have time to get dinner or if Atherton is closed,” she said. “I occasionally use them at Starbucks too. Those are definitely the two places I use my Flex Dollars the most.”

Dawg Bucks is money that can be added to a student’s meal plan when purchased through Butler’s Dining Services. They are loaded onto a student’s ID and can be used at every location that accepts Flex Dollars. Unlike Flex Dollars, Dawg Bucks can be used off campus at specific locations, such as Qdoba and HotBox Pizza. Using them, however, is not always reliable.

“I went to Qdoba and their scanner wasn’t working, but they said they’d have it fixed soon.” Amsler said.

Dawg Bucks are not taxed and usually come with discounts.

The free Dawg Bucks the first years received were on the minds of several students as well. Watson shared her feelings about the compensation.

“Personally it doesn’t anger or frustrate me just because I don’t really use Dawg Bucks, but it’s a good deal for the first year class” Watson said.

“I plan on using my Dawg Bucks to treat my friends,” Monge said.