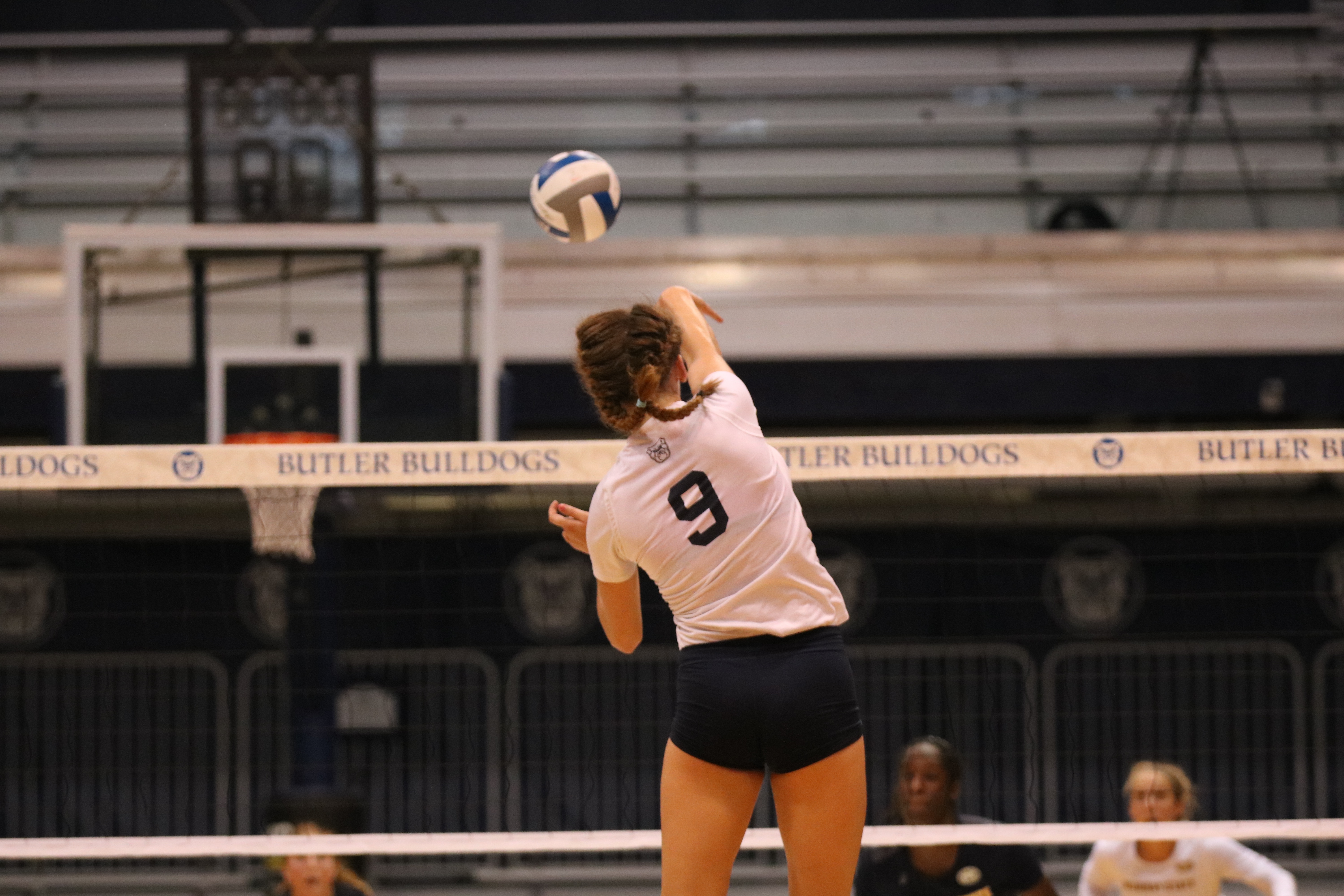 Sophomore Anna Logan gets air as she sends a ball over the net. Photo by Jimmy Lafakis.

Sophomore Anna Logan led the Butler attack once again as the Bulldogs swept the Ball State Cardinals on Sept. 7.

Logan had 13 kills on the day, which paved the way to Butler’s win.

The final scores of Butler’s third straight sweep were 25-18, 25-17, 25-21. Junior Makayla Ferguson set the table with a team-high 33 assists. She rounded out the stat sheet with seven kills, three kills, one block and one service ace.

“I started off the game playing really good defense, and I also made some good hustle plays,” she said. “I think my effort really helped my teammates play hard as well.”

Sophomore Taylor Takeda made an impact with two team-highs: seven service aces and 11 digs. The newcomer said she was pleased with how the team came together.

“We played together for basically the whole match,” she said. “Another sweep feels amazing. We are working hard to improve every week and knowing that we are feels really great.”

Head coach Sharon Clark offered glowing praise for her team. She made special note of sophomore Makaila Jarema’s contribution off the bench. Jarema had one dig and two kills on the night.

“[Jarema] played like a pro,” Clark said. “Going 3-0 on the road always gives you a lift and a good momentum swing for our first match at Hinkle.”

Redshirt junior Jessica Klingensmith added three blocks and four kills of her own. She said she noticed the consistency from Butler’s last wins carried over to this one.

“We were able to bring the momentum from last weekend into this match,” she said. “I think we played with confidence, even during rough spots, because of that. This win keeps the momentum high heading into the weekend.”

The Butler Classic will begin on Friday, September 9. The Bulldogs will kick off the tournament against the Tennessee State Tigers at 11 a.m. at Hinkle Fieldhouse.