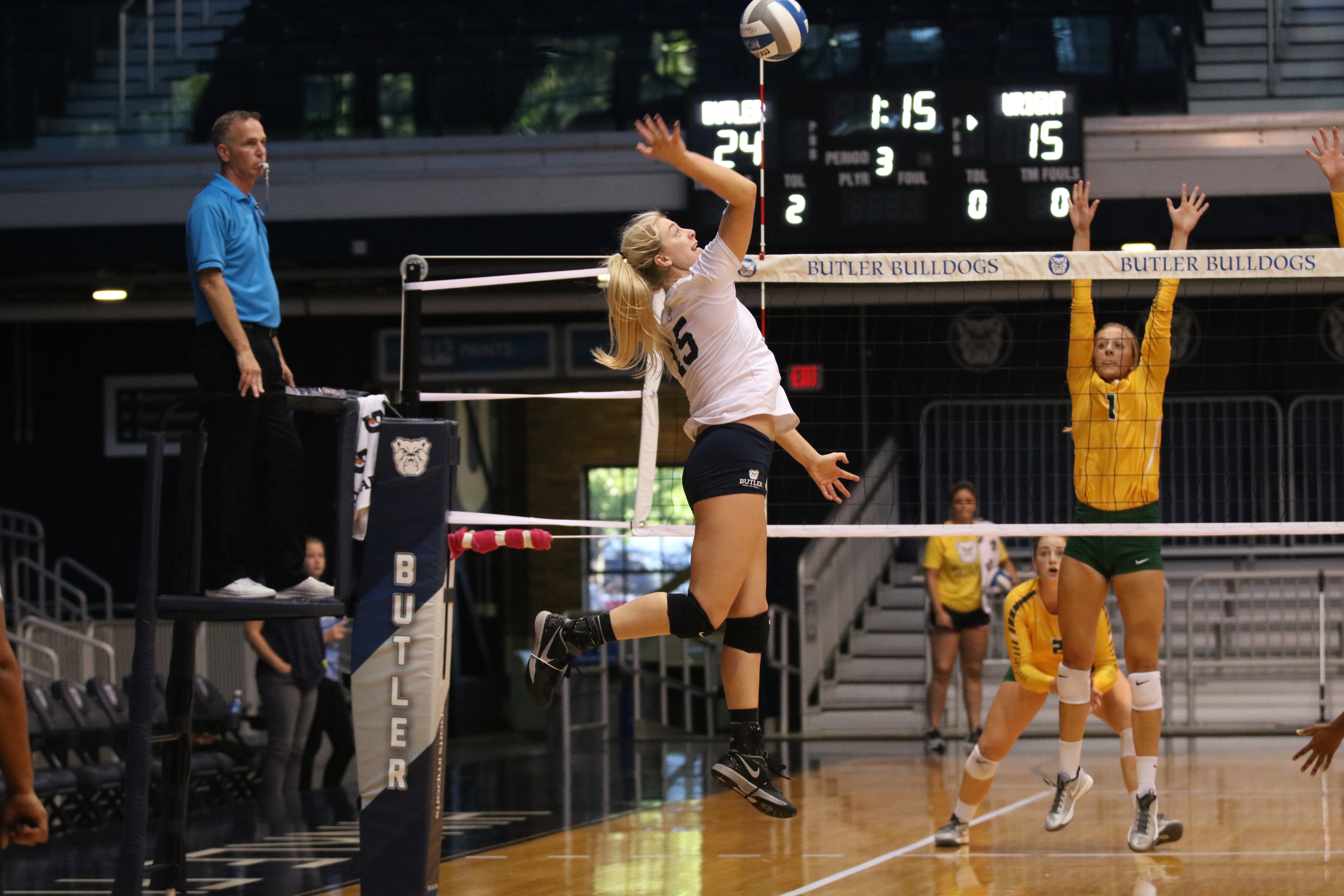 The Bulldogs defeated the Tennessee State Tigers and the Murray State Racers on Sept. 9, and clinched the tournament by beating the Wright State Raiders on Sept. 10.

Sophomore Anna Logan led the way for the Bulldogs against Tennessee State. Logan contributed 17 kills on 27 total attacks along with nine digs in the 25-13, 25-21, 25-14 sweep. Logan praised Butler’s serving and passing.

“When we pass well, we stay in system and are able to run our offense well,” she said. “When we serve well, we get the other team out of system and it becomes way easier for us.”

Junior Makayla Ferguson set the table with 44 assists, and freshman Brooke Gregory made a major impact with 17 kills on 35 attacks. Ferguson added 13 digs to complete a double-double.

“Our team chemistry is incredible right now,” Ferguson said. “We are doing a better job of getting off to a good start and maintaining a lead, which really helps us pull out these matches.”

Head coach Sharon Clark said she was elated with her team’s defensive performance.

“Defense is definitely something we have been working on and stressing,” Clark said. “It was great to see it all come together in the wins this weekend.”

Butler now stands at 8-4 on the season. The Bulldogs have won their last six matches, five of them coming via sweep. They will face in-state foe Indiana State at Hinkle Fieldhouse on Sept. 13 at 6 p.m.