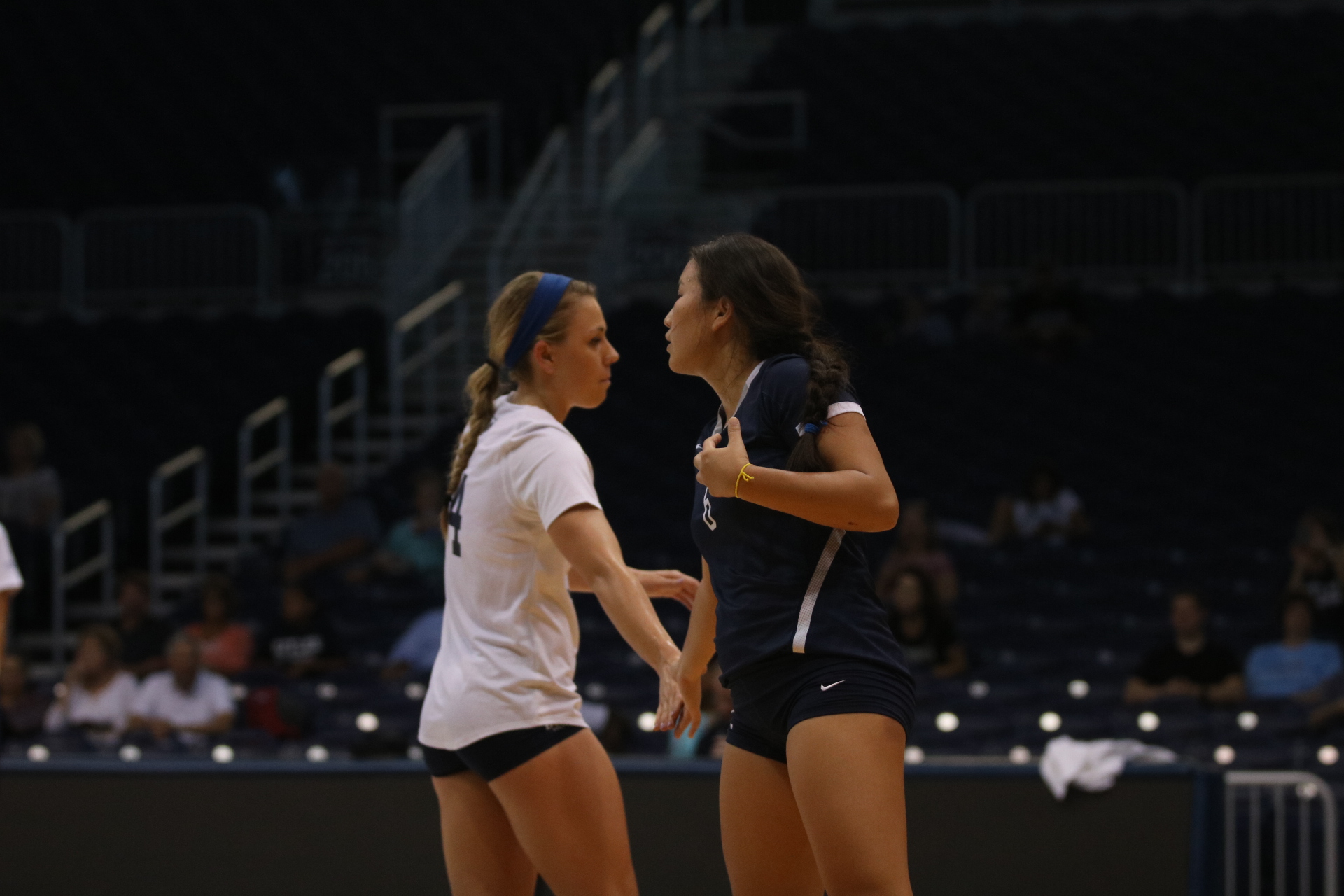 Butler volleyball teammates high five each other during a home game at Hinkle Fieldhouse. Photo by Jimmy Lafakis.

The Butler volleyball team split their matches at the Iowa Classic on Sept. 2-3. Butler swept both of their victories on the second day.

Oakland jumped out to a 14-5 lead in the fifth set, but Butler came back to bring the score to 14-13. A Butler service error in the final moments followed an Oakland timeout. Sophomore Anna Logan led the Bulldogs with 22 kills. Sophomore Taylor Takeda and Logan both had 15 digs each, and redshirt junior Jessica Klingensmith gave Butler a defensive boost with a team-high eight blocks.

Klingensmith said the team got off to a slow start due to travels.

“The first day was tough because we had a long day of travel the day before,” she said. “We had an early morning, but we all worked hard to take care of our bodies and get as much sleep as we could.”

“Our two losses were very close,” Logan said. “We knew we had more talent, but we just couldn’t score at the right times. The next day, we came into the gym confident and ready to win.”

The Bulldogs handed the host Hawkeyes their first loss of the season on Saturday morning. BU hit .331 as a team and posted nine blocks en route to their  27-25, 25-20, 25-22 victory. Ferguson and Lilly had four blocks apiece, and the junior setter once again led the Bulldogs with 39 assists.

“I think we can definitely use this win against a good Big Ten team to give us momentum for upcoming matches,” Ferguson said. “I know that we have a lot more to prove, and this win gave us a little boost of confidence that we needed in order to progress our play.”

“The most positive thing we learned was our ability to execute at a high level,” head coach Sharon Clark said. “I was most pleased with our tremendous blocking and our aggressive serving. We had many great contributions from the bench as well.”

Butler will return to action on Sept. 7. They will travel to in-state foe Ball State University at 7 p.m.