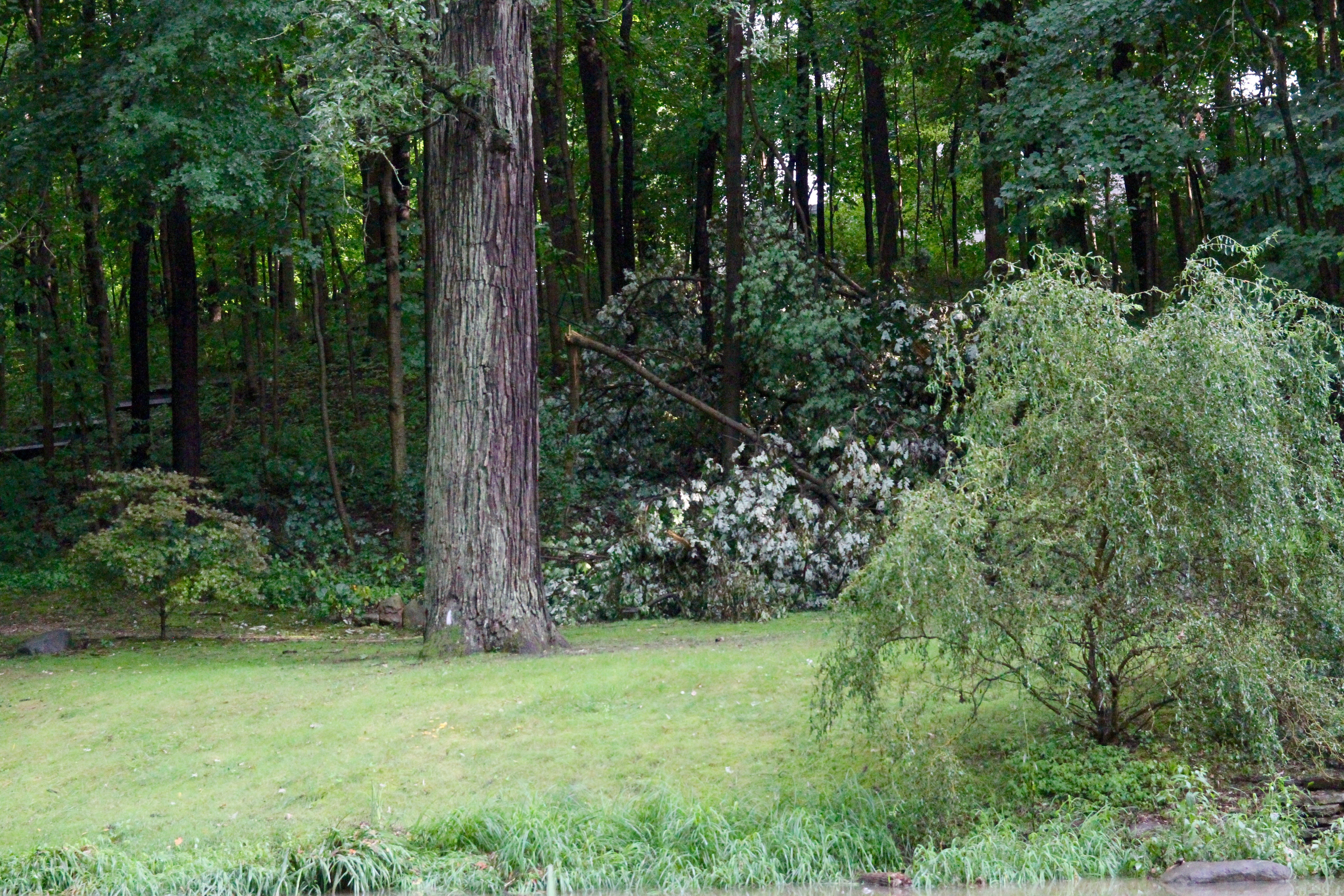 Tornado sirens blared, and instead of reading a syllabus, students took shelter.

On the first day of school, a tornado threat was detected at the Butler University Police Department dispatch center where they monitor the National Weather Service maps. Dawg Alerts were immediately sent, and phones buzzed around campus.

“When we make the determination to shelter in place, it’s serious enough to do that,” assistant Butler police chief John Conley said. “Our first priority is the safety of the student.”

Junior Kiersten Lindskoog was about to leave the Pharmacy Building for her class.

Sophomore Ethan Kitt was in the front office of Ross Hall with other Resident Assistants, while first-year Billy Collins was in his residence hall basement.

Abbey Levenshus, assistant strategic communications professor, was teaching a class on her first day as a professor at Butler. When she heard the sirens, she said she thought it was just a test and looked outside the window of Jordan Hall.

“It was not a Wizard of Oz moment,” Levenshus said. “It just looked like a normal, cloudy, grayish day.”

It was not until somebody told Levenshus the class needed to move to the basement that she realized the tornado was real and the siren was not a weekly campus run test.

“I sort of wondered, ‘Should I keep teaching?’” Levenshus said. “My first thought was, ‘The show must go on. The syllabus must go on.’”

Kitt, as a Ross RA, told students to go to the basement, starting with his unit, then going up every floor before circling back down.

“I wasn’t nervous or anything like that,” Kitt said. “It was more of what did I need to do for the building instead of being a normal resident.”

Kitt said a few students did not understand the situation because they were from areas where tornadoes were not common.

Collins, who is from Illinois, has been through several tornado warnings. He did not see a reason to worry, which is why he took a humorous angle about the situation on Twitter about his Chips Ahoy possibly running out.

Butler tweeted back to stop the nervous eating and put down the cookies.

Billy, you're just nervous eating at this point. PUT THE COOKIES DOWN! And be safe! https://t.co/44AaMKCJhO

“I thought it was kind of funny,” Collins said. “Shout out to whoever runs that Twitter account.”

Lindskoog took shelter in the basement of COPHS when she found out her hometown, Kokomo, was hit by a tornado.

Lindskoog said she called her father and got no answer. Later, she said she was relieved to find out everything was OK—including he, the house and the dogs.

“It’s not the first tornado that I’ve had to be in the basement for,” Lindskoog said. “I’ve actually lived through two that passed over me. I’m kind of used to it.”

According to the National Weather Service, a total of seven tornadoes touched down and swept through Indiana. One of the tornadoes that tore through Kokomo was an EF3, a tornado where wind speeds are between 136-165 mph and can cause severe damage. There were no fatalities in Kokomo. Around 15 people suffered minor injuries, and more than 1,000 homes were damaged, according to Fox59.

A Kokomo Starbucks was also destroyed.

“There’s a video on Facebook of the guys next door in Chili’s, and they videoed the tornado taking out Starbucks from the window,” Lindskoog said. “It’s Kokomo at its finest. They run toward the tornado instead of away.”

The picture of the flattened Starbucks went viral on social media and was on Ross’s television in the basement.

Kitt said the environment in Ross was similar to a meet-and-greet, despite the weather.

“My unit sat together, and they were able to bond and a lot of them met other kids in our unit that they didn’t know,” he said. “It was also good for me to meet them in their social environment.”

Levenshus shared a similar experience in Jordan. She said she was struck by how calm everybody was when it could have been a very stressful situation.

“I do think that experience on the first day, whether it was first-year students being their first class at Butler or just first day back, it does give us an opportunity to have something that we all shared together, as bizarre as that sounds,” Levenshus said.

Butler’s Instagram account featured the dramatic skies that day. It thanked and congratulated the Bulldogs for their cooperation during the inclement weather.

“It’s kind of fun because you are in Indiana, [tornadoes are] a thing that happens,” Kitt said. “From Butler’s perspective, they kind of made this a fun ‘happy first day of classes,’ like ‘welcome to Indiana.’”