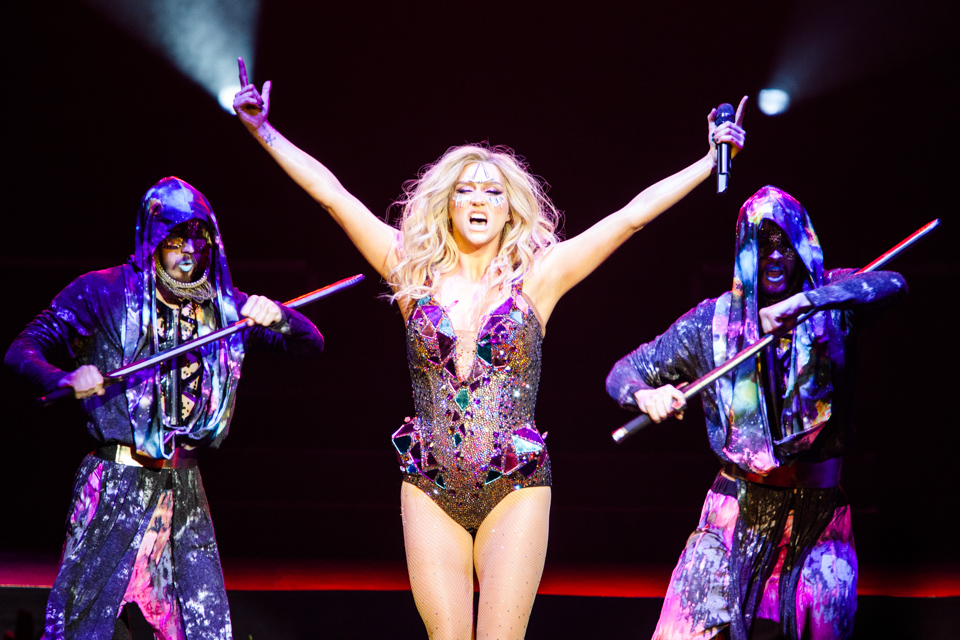 If you hear a certain buzz around campus that sounds eerily similar to the pop song, “Your Love is My Drug,” it is most likely because the secret is finally out: Kesha will perform at Butlerpalooza on Sept. 17.

A play on the popular music festival Lollapalooza, which takes place in Chicago’s Grant Park every summer, Butlerpalooza is an on-campus concert organized by the Student Government Association. Usually the Atherton Mall is transformed into an outdoor stage with a general admission, standing-only section for the crowd, but this year the concert will be held in Clowes Memorial Hall, which occurred for the first time last year when the mall was torn up for construction.

Clowes may seem like an unusual and slightly formal venue to host an artist whose songs are mainly about partying and the craziness that comes with it, but by doing so, SGA actually saves money.

Kaitlyn Sawin, the co-chair of the SGA Concerts Committee, said that because Clowes is an indoor theater, it demands less security and stage set up than if the concert were hosted on the Atherton Mall, where an entire stage, sound system, and barricade fence would need to be set up.

The money saved is put toward hiring a different big name artist for the Meltdown, another concert at Butler, which happens in January. This happened for the first time last year when T-Pain came and played in the Reilly Room.

So, if you are worried about the seats in Clowes constricting your dance moves during the concert, think about the incredible artist you will be able to see on campus in January (and maybe just dance in the aisles).

Past performers of Butlerpalooza include American Authors, Parachute, Smallpools, Lupe Fiasco and B.O.B.

Not only is Kesha the biggest name artist Butler has hosted in the history of Butlerpalooza, but also she is the first female artist to perform at Butlerpalooza in several years. Kesha’s performance will mark the beginning of a more diverse lineup of artists to come to Butler in the future.

The show is also open to the public for the first time as an attempt to attract students from other colleges in the area. Public tickets are $40; Butler students only have to pay $10. Sawin was shocked at how quickly tickets to the show are selling.

“The show is not sold out yet, but we sold almost 400 tickets the day tickets went on sale,” Sawin said.

Kesha will perform at Butlerpalooza on September 16. Photo courtesy of newsweek.com

Evidently, it’s a big deal that Kesha is coming to campus. What makes her appearance an even bigger, more significant deal is the timing.

Earlier this year, Kesha filed a lawsuit against her music producer Lukasz Gottwald, claiming he emotionally and physically abused her. Her record label Kemosabe Records was soon involved as well. The branch of Sony Music refused to terminate her contract before it expired, despite her claims of an abusive relationship with her producer.

In short, the lawsuits have occurred back and forth between Kesha and her producer’s label for several months and Kesha’s career and ability to release music was on hold until further resolution of the lawsuits.

Butlerpalooza is one of the singer’s first concerts since her legal situation began. Back in the spring, while SGA was still brainstorming artists to host for this concert, Kesha was knee-deep in trials and rumors about the possibility of her career ending floated around.

Kesha was headlining national news and appeared too occupied by other matters, but the committee still considered her a candidate performer for Butlerpalooza.

“We kind of took a chance on her,” Sawin said. “It felt good to reach out to her in a time of need.”

The aim of this year’s Butlerpalooza is not only for all of the students to have a great time, but also, in a way, help Kesha get back into the swing of touring and performing, just as she was doing before her lawsuits arose.

Due to the tremendous work and organization of SGA, the eager anticipation of all of the university’s students, and Kesha herself, Butlerpalooza 2016 is set to go down in Butler history. Sept. 16 at 8 p.m. can’t come soon enough!