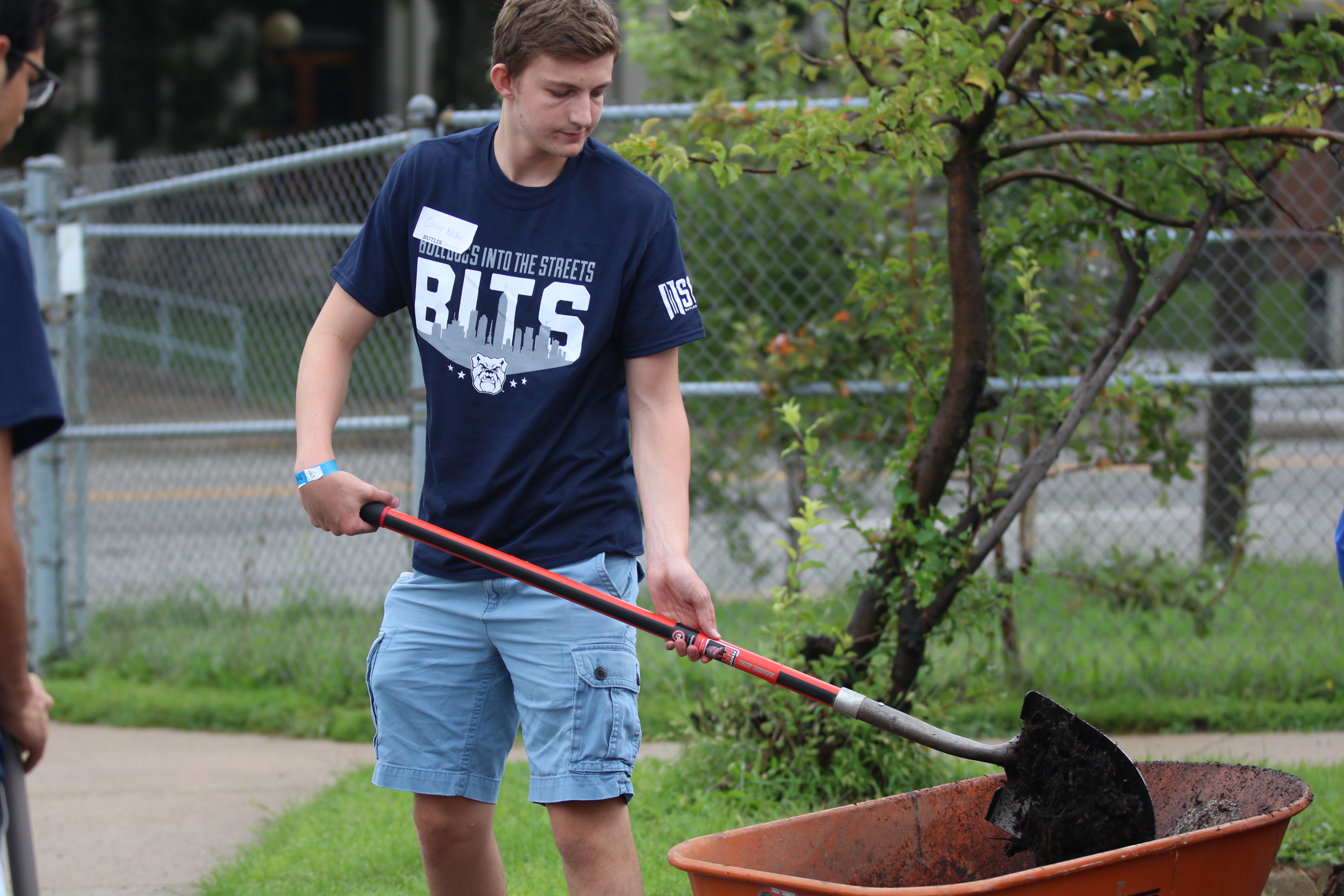 Nearly 1,300 people completed 3,750 hours of service for the Indianapolis community during Saturday’s Bulldogs Into the Streets program, commonly called BITS.

Caroline Huck-Watson has been the director of the BITS program for the past two years.

“It’s been exciting, and anytime you grow a program it has its challenges,” she said. “But the response to it has been incredible and it makes it so worth all the hard work.”

The program has grown in size and reach the past three years. BITS now partners with nearly 50 community worksites and multiple on-campus groups.

Huck-Watson said the participants, from all walks of life, are drawn to BITS because of that feeling of community.

“Anytime someone has the opportunity to make a connection…I think that is so invaluable to folks,” she said.

The camaraderie was felt throughout the program as well. First-year student Maddie Webb it in her group.

“I got to meet new people, and even the people that I had met before but I felt like we really bonded,” Webb said. “And it was nice to be able to help out in the community, especially because I’m new to the city.”

Despite the storms that complicated things leading up to the event, the BITS program still managed to bring community members and students together for a worthy cause.

“I want to emphasize that the students that worked with BITS are incredible and did a great job. We had some challenges this year with the weather, and they were all professional and focused and handled whatever came,” Huck-Watson said.

Many students willingly worked despite the rain and flash flood warnings that plagued the day. Addy Gabriel—a first time participant—spent her morning in the warehouse of the Midwest Food Bank.

“I figured it would be a little nicer outside. But, we made it fun and it is a good way to get involved with the community and meet people that are your age as well as alumni,” Gabriel said. “I would definitely be interested in doing BITS next year.”

Now it is possible to participate in BITS more than once.

For the last two years, all students, faculty, staff and alumni members have been invited to participate in the day of service.

Bulldogs into the Streets, a program that was once reserved for freshman students and student leaders has evolved over the past two years.

Since the policy change in 2015, the attendance rates have spiked. Originally, BITS attracted around 400 new students and the 50 student leaders that organized the groups and helped to put on the event.

Participation increased by 36 percent this year, according to an email President James Danko sent. That spike in attendance led to the Butler community donating $83,000 worth of service to the surrounding community.