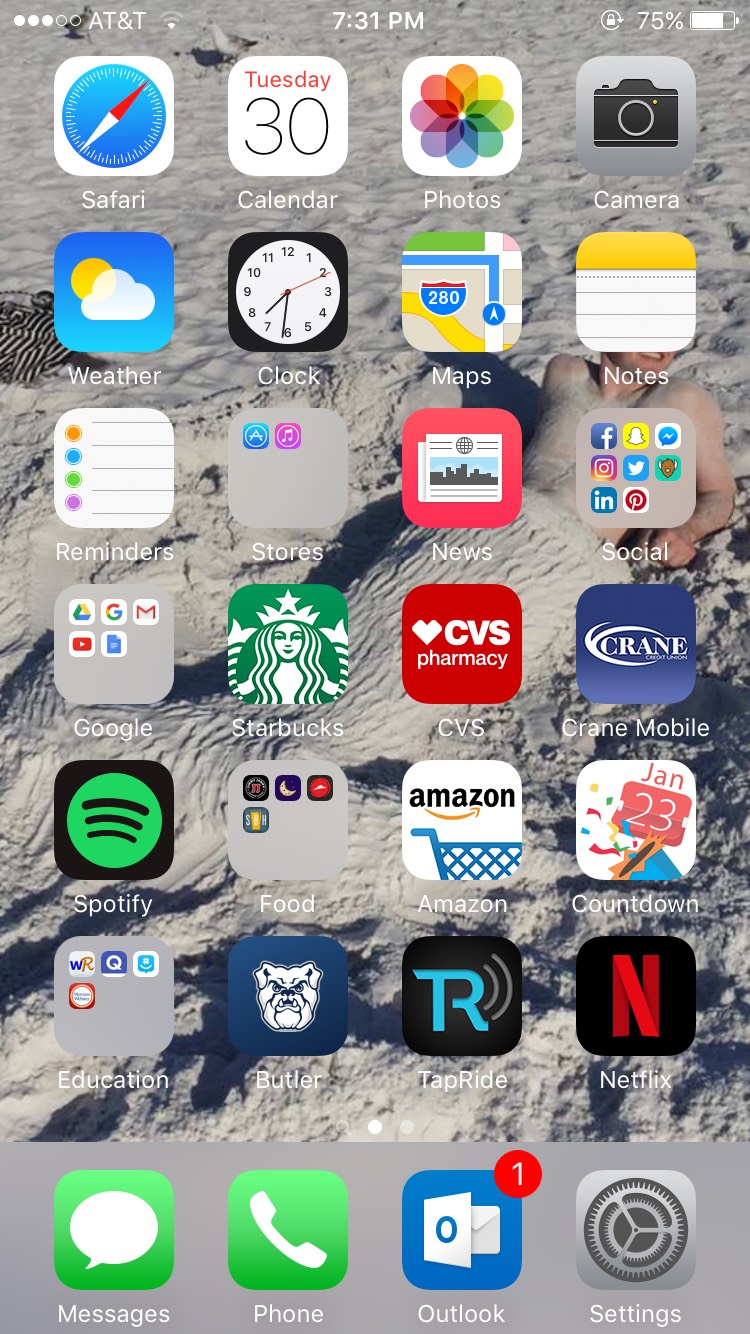 Butler University partnered with Clear Scholar to develop a new app that is expected to be available to all Butler students in 2017.

The app is still in the beta stage of production, meaning it is an unfinished product.

“It wasn’t easy,” app designed Lee Eisenbarth said. “There are dozens of moving pieces that need to be managed. It’s good Butler is so responsive.”

Clear Scholar began developing the app in April 2016, but were discussing plans about it beforehand.

Overall, the app took about 4 months to get into the beta stage, but it will be another 5 months before they release the app to the public in 2017.

Butler University’s previous app had limited features and crashed frequently. The new app by Clear Scholar will have more capabilities and stability.

One hundred students on Butler’s campus were invited to take part in the “Founding 100,” to be the first students to test out the beta version of the app.

Once a student downloads the app and logs in, they will be able to access their student ID’s barcode, which can currently be used at the HRC, Starbucks and Butler Cultural Requirement sign-ins.

Soon, the app will also be compatible with C-Club, The Dawg House and Fairview’s food store.

Students can add their ID to the Apple Wallet if they have an iPhone.

In the future, the app will also be used to view a class schedule, meal plan status, and how many Flex dollars and/or DawgBucks a student has left.

The app has a “Feed” section, which has updates about upcoming athletic events, culture events, speeches, and Butler University news.

There is a map feature, which has pins on many buildings and restaurants around Butler’s campus, including downtown Indianapolis.

As for safety, there are notifications for weather emergencies and other potentially dangerous situations happening on campus.

On the first day of classes, students in the Founding 100 received a notification from the Butler app telling them there is a tornado warning in the area and to take shelter.

Another safety feature is the campus police button in the top left corner of the “Feed” page that will automatically call Butler University Police Department.

Sophomore Natalie Jacobs is a member of the Founding 100.

“It’s nice I don’t have to log into My Butler now every time I want to check something,” she said. “It’s definitely got the accessibility down.”

Clay Smith, a senior at Butler, is also a member of the Founding 100.

Eisenbarth said she is very confident about the final product of the app.

“So far from the turnout we have had, it seems like it will be a great success,” he said.

Eisenbarth also said, “We’re here to fight for you and we want you to have an app that you will use everyday. If students find it useful, that’s when we know we have succeeded.”

The CEO of Clear Scholar and Butler alumni, Jason Konesco, is also very confident about the app.

“I see tremendous opportunity for students on their mobile devices,” Konesco said. “Butler is truly focusing on what’s in the best interest for students…we’re not just building a product to hand over to the students but rather, engaging with Butler students.”

Clear Scholar hopes the app will be available for all Butler students to download from the app store sometime in 2017.