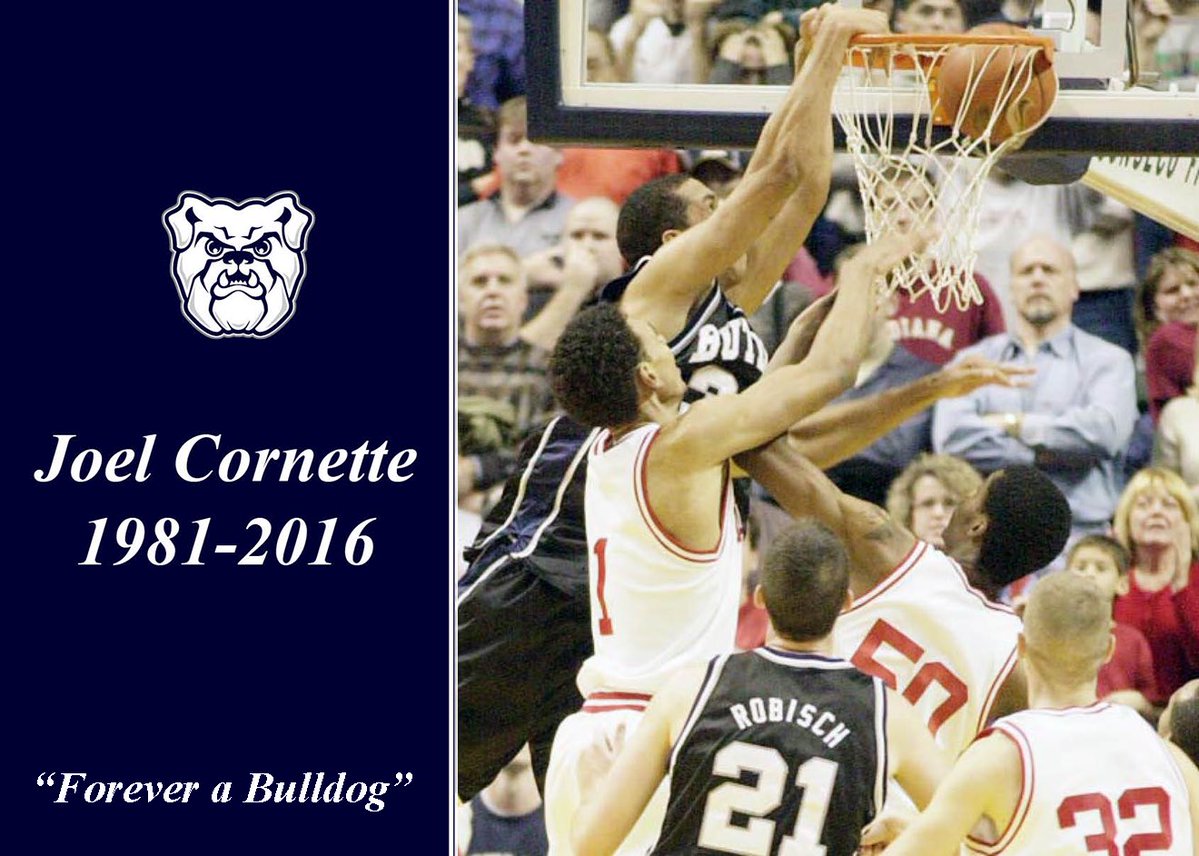 Former Butler men’s basketball standout Joel Cornette died early Tuesday morning in his Chicago apartment. He was a member of the basketball program from 1999-2003 and made three NCAA tournament appearances. He was 35.

“This morning, we spoke with the Cornette Family, who has confirmed that their beloved son and brother, Joel, passed away early this morning due to natural causes,” Butler men’s basketball tweeted in a press release. “They are shocked and devastated by this news. The Butler Family also mourns the loss of one of our favorite Bulldogs. Additional information will be released by the Cornette Family as it becomes available. Please join us in keeping the Cornette Family in your thoughts and prayers.”

Cause of death has not been determined at this time, and an autopsy is pending.

Public reaction has poured in on social media from previous players and coaches, including current Boston Celtics head coach Brad Stevens. Stevens last two tweets have been in memoriam to previous Butler players who have passed away.

JC had a passion, fire, and love of team that you felt every day. He made us all Believe. We love you and miss you already #33.

While a player at Butler, he led the Bulldogs to four Horizon League titles and two Horizon League Tournament championships. He played in every game during his four-year campaign and was a three-time All-Horizon League defender. Cornette was the leading scorer during Butler’s 2003 Sweet 16 loss to Oklahoma.

Memorial arrangements will be released by his family, and any other updates will be provided as they become available.

You will be missed… pic.twitter.com/Qe30tB3ZML