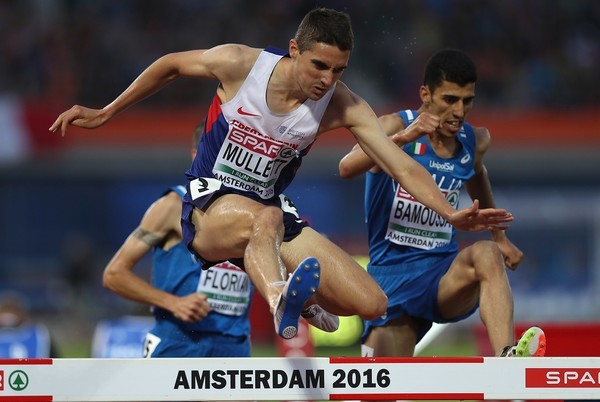 Mitchell, a 34-year-old steeplechase runner of Australia, attended Butler from 2004-2005 to study for her Master’s degree in Education. She received All-American honors in 2004 after finishing eighth in the 3,000-meter steeplechase at the 2004 NCAA Outdoor Track and Field Championship.

At Rio, Mitchell faltered during her Round 1 Heat 2 steeplechase run, finishing 10th and not qualifying for the final.

Mullet and Hawkins each competed for the Great Britain team, Mullet in the 3,000-meter steeplechase and Hawkins in the marathon.

Mullet, 29, attended Butler until 2010 and was the first runner in Butler’s history to record a sub-four-minute mile. He was also named the 2010 Horizon League Indoor Track and Field Athlete of the Year.

“I think I went to Butler wanting to make an Olympic team,” Mullet said to the IndyStar. “And I kind of left thinking I can actually do that.”

He finished sixth at last month’s European Championships in his event, allowing him to be selected to the Olympic team.

During his steeplechase run, Mullett finished 12th in his heat and did not qualify for the final.

Perhaps one of the biggest surprises of the Olympics came from Great Britain’s Hawkins. Hawkins, 24, attended Butler in 2011-2012 and earned All-American honors in 2011 after his performance in the NCAA Championships.

On the final day of the Olympics, Hawkins finished ninth in the marathon with a time of 2:11:52, even leading for portions of the run. He was ranked 103rd with his marathon time before the Olympics began.

“I went out pretty steady, then I caught the main group,” Hawkins said to the IndyStar. “They were going really, really slow so I just thought I’d maintain my own pace and ended up leading it.”

Butler cross country coach Matt Roe, however, was not surprised by Hawkins showing in the Olympics.

“His second year here I was telling anyone who would listen that he was a future 2:10 marathoner,” Roe said to the IndyStar. “His aerobic ceiling was massive, higher than anyone I had coached. He also has the ability to reach deep down into the well when he raced, which is critical at the elite level.”