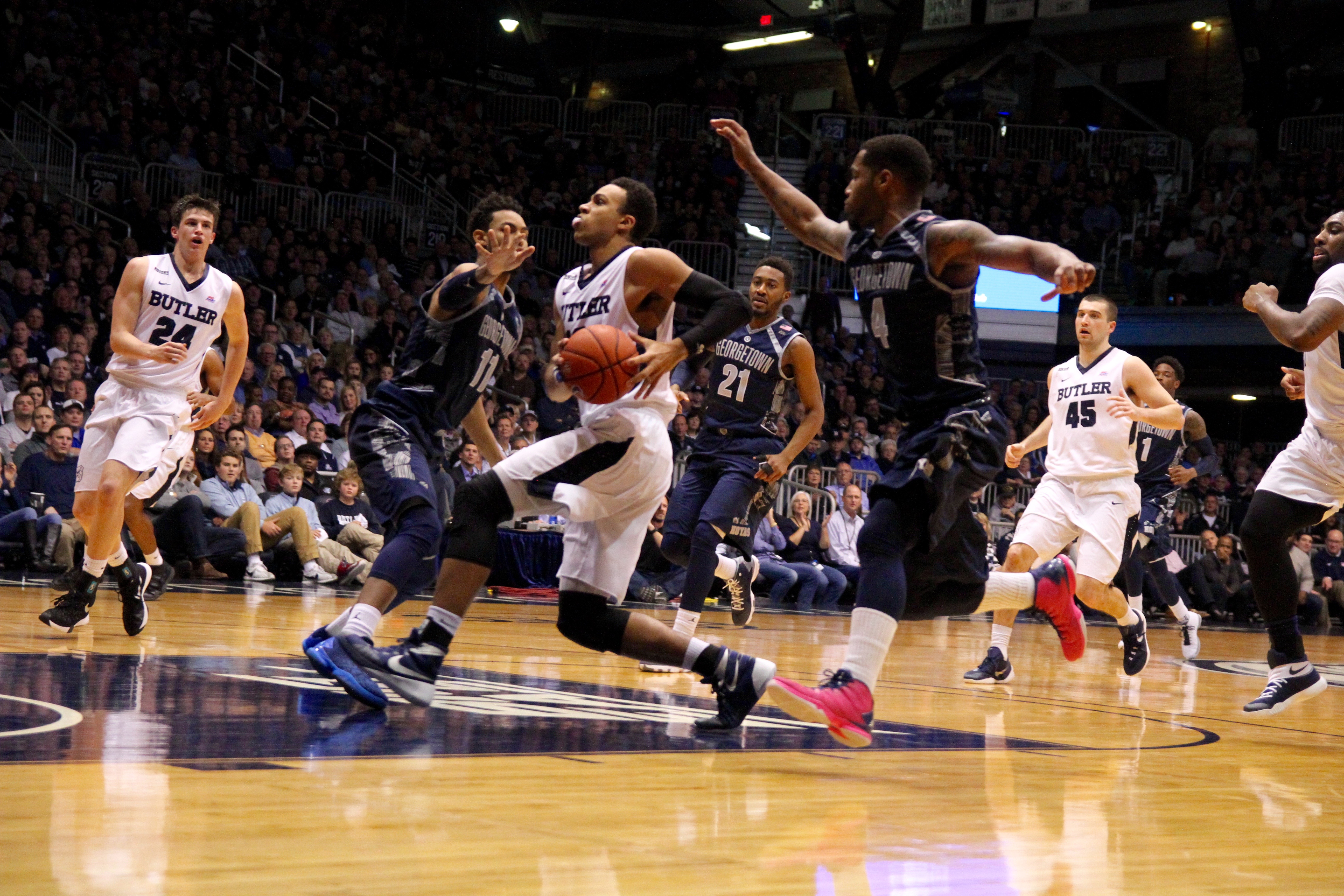 After the Butler basketball team’s season came to an end with the round of 32 loss against the University of Virginia, the Bulldogs’ focus immediately shifted to the 2016-17 season.

The tasks they face include finding replacements for the production of seniors Kellen Dunham and Roosevelt Jones, as well as swingmen Austin Etherington and Jordan Gathers. If that wasn’t difficult enough, the Bulldogs will now have to find a replacement for sophomore forward Jackson Davis, who requested a release to transfer from Butler on March 22.

Souce confirms that Jackson Davis has requested release to transfer from #Butler.

The transfer request came as a surprise to many in the Butler community, but anyone who closely followed the team was not shocked by his decision. Davis was a three-star recruit coming out of Lafayette High School in Kentucky.

At Lafayette, Davis set school records in most points, rebounds and blocked shots. In his first two seasons at Butler, Davis rarely found the floor averaging only 5.0 mpg in 41 games played. He only played more than ten minutes in four games this season and did not check into an NCAA Tournament game in his tenure at Butler.

Former Butler head coach Brandon Miller was the one who recruited Davis in 2013. He told the 6-foot-8 inch recruit he would see minutes early on and they “planned to use him a lot.” That promise was not fulfilled as Davis only saw 67 total minutes in 17 games played in his first season. Coach Miller’s leave due to health problems mid-way through the 2014-15 season could have played a role in that minutes total.

On April 4, Davis announced via his Twitter account that he will officially be attending Eastern Kentucky University next year. This news came on the heels of individual visits he took to Northern Kentucky and Eastern Kentucky last week.

The transfer announcement has accumulated mixed reviews from fans. To those who followed the team closely, Davis was a favorite with his evident passion for the game and hustle on the court. Others see this as an opportunity for highly anticipated 2016 center recruit Joey Brunk to see key minutes early in his days at Butler. Listed at 6 feet 10 inches, many see Brunk being the big man of the future for Butler, taking minutes away from players like Davis and rising sophomore Nate Fowler.

Taking everything into consideration, the 2016-17 Bulldogs will look and play a lot different than the team we saw this past season. George Washington transfer Kethan Savage will be eligible to play this season alongside Butler’s highest ranked recruiting class in history. Guard Kamar Baldwin, forward Henry Baddley and Brunk are all expected to arrive in Indianapolis next season.

Guard Howard Washington decommitted from Butler for the 16-17 season and will be enrolling in a prep school, pushing his collegiate search back to the 17-18 season.

The Davis transfer will deal a huge blow to a team who lacks size and athleticism in the post, but Butler is returning a nucleus of experienced players to help them get back to the tournament. Budding superstar Kelan Martin will have returning starters Andrew Chrabascz and Tyler Wideman to help him lead the charge toward the team’s first Big East title and a deep run in the tournament. Despite rumors of a transfer, point guard Tyler Lewis will stay for his last season of eligibility. Lewis and Savage are the front-runners to take over the starting roles of Jones and Dunham.

There have also been rumors of Indianapolis native Eron Gordon possibly committing to Butler. The Bulldogs have three scholarship spots remaining for the upcoming year, so the addition of an uncommitted recruit or a transfer is an option. Gordon is the little brother of NBA player Eric Gordon of the New Orleans Pelicans. Gordon is listed as a three-star recruit on ESPN.com and has narrowed his college list to Butler, Marquette and Seton Hall.

Even with all the rumors swirling, the Butler faithful know that their team is doing everything they can to get ready to compete in 2016. We also have to say goodbye, good luck and thank you to Davis who will undoubtedly find great success in his future.