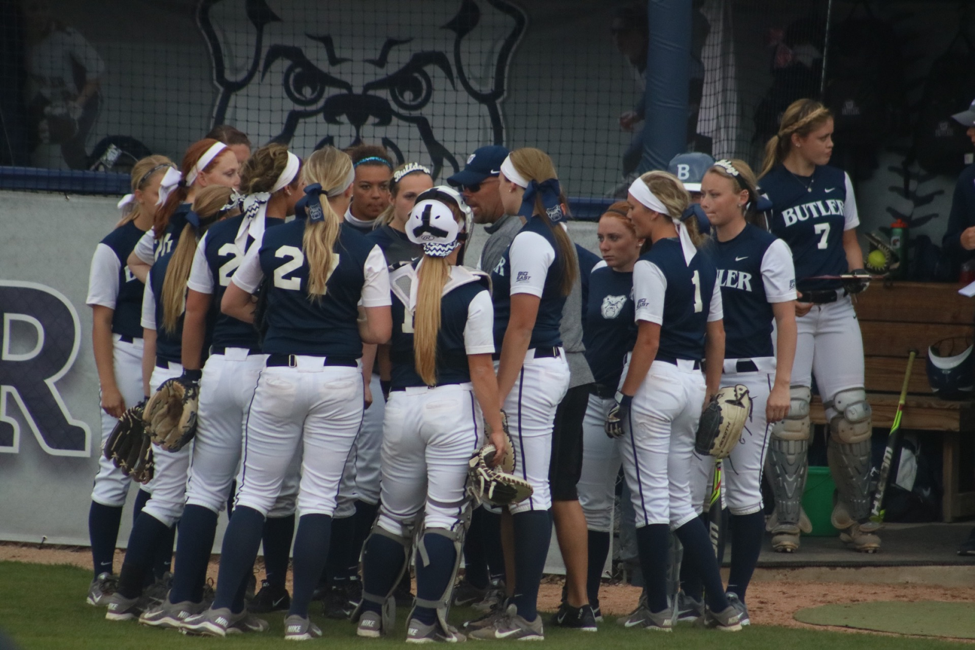 The Butler University softball team, now 21-14 on the season, won their second straight Big East series after beating the Providence Friars two out of three times. All three games were at home for the Bulldogs.

On April 2, Butler split a pair of games with the Friars. The Bulldogs won the first game 5-3 while losing the second game 4-2.

In game one of the series, senior Kristin Gutierrez pitched all seven innings. She earned the win on the mound after allowing nine hits, one earned run and striking out four batters.

Offensively, right fielder Sarah Dixon went 4-4 at the plate and had an RBI double in the first inning. Third baseman Alyssa Lach hit a 2 RBI single in the same inning. Center fielder Brandyce Sallee and shortstop Cheyenne Thompson each had RBI sacrifice flies later in the game.

Sophomore Mikeila Boroff started on the mound for Butler in game two of the series. She recorded the loss after pitching six innings and giving up three earned runs off of nine hits.

The Bulldogs loaded the bases in the bottom of the second with no outs, but they failed to score a run after hitting into a double play and striking out. Dixon and Sallee each had an RBI in the game.

In the game that would decide the series, Butler didn’t leave any doubt as they implemented the 8-run rule after beating the Friars 9-1 in six innings on Sunday.

Head coach Scott Hall was proud of the way his team bounced back on Sunday. He said the team was disappointed after losing game two because they felt that they let that game slip away, but he was happy with the way they responded in game three.

Gutierrez delivered another great performance for the team as she pitched all six innings, gave up only one hit and struck out four at the plate.

“She hits her spots, and she does that consistently,” Hall said about Gutierrez’s performance. “She’s not overpowering, she changes speeds every now and then, but she can hit her spots when she needs to.”

As far as the impressive offensive performance, Dixon, Sallee and Lach each had two RBIs in the game for the Bulldogs.

“We were really dialed in on what we were looking for and when we got it, we took some really good swings at it,” Hall said about the team’s offensive approach.

As far as what they were looking for, Hall said that the team made it a point to look for fastballs, so they were able to lie off of off-speed pitches outside of the strike zone.

Butler will play at home against the IUPUI Jaguars on April 7. It will be a continuation of their postponed play on March 30.