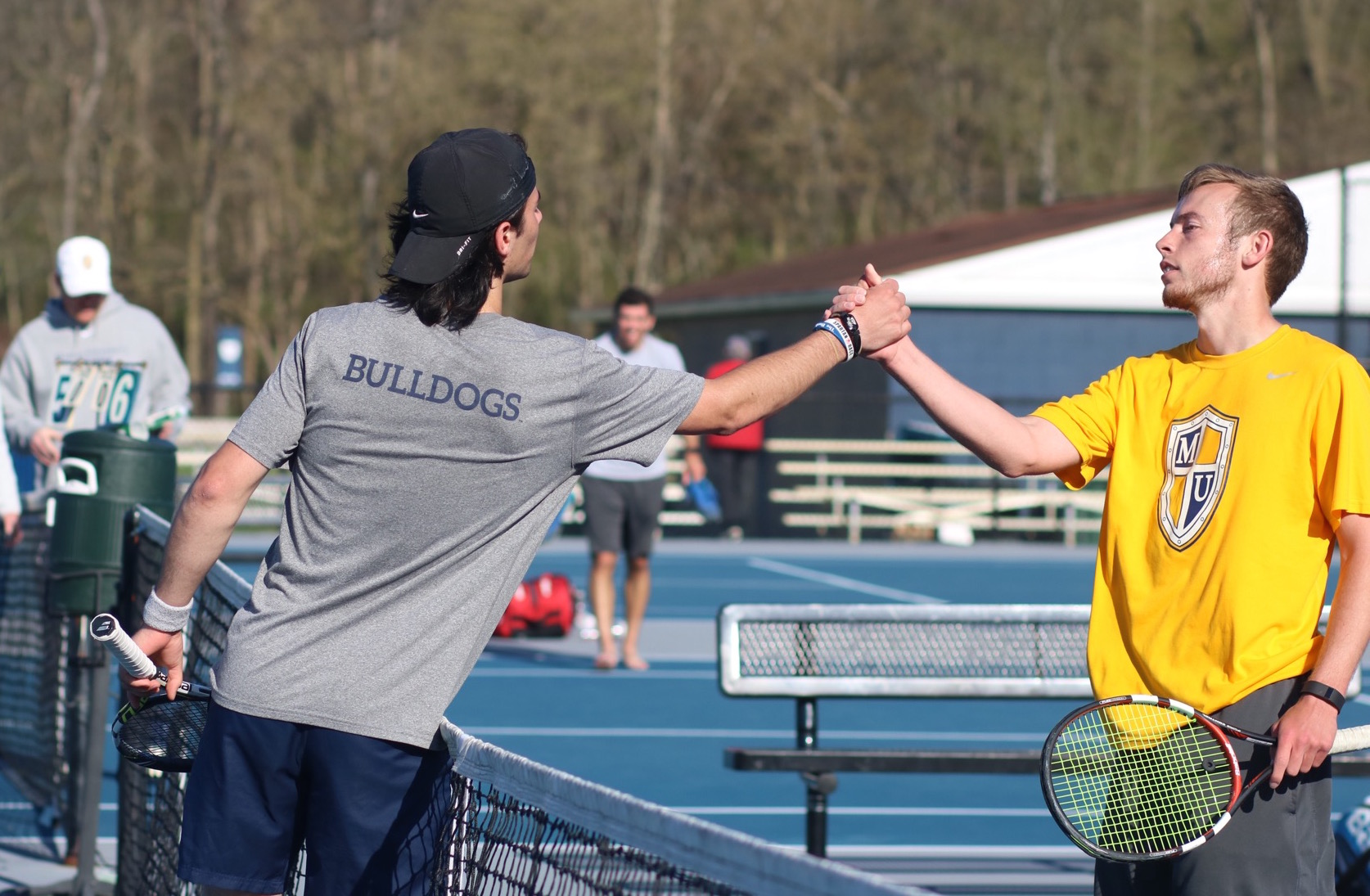 The Butler Bulldogs squeaked out a 4-3 victory against the cross-town rival Marian Knights on April 3. Butler boosted their record to 8-8 while the Knights fell to 14-7.

The Bulldogs faced adversity from the start. Marian seized the doubles point to begin the match. The freshman duo of Mason Dragos and Spencer Lang claimed a 6-1 victory at No. 2 doubles for Butler, but Marian snatched the two other matches.

“We fought through by not beating ourselves,” freshman Adrian Mag said. “We focused our energy on our games, and we were able to battle because we focused on moments like this in practice.”

“Being able to push through the tough conditions really shows how mentally tough we are,” Gerstein said. “This is a big win for us.”

Dragos’ three-set victory clinched the match for the Bulldogs. All eyes were on Court 1, and the former state champion delivered the goods.

“At the end, I was thinking, ‘I have to win the match,’” he said. “I was just glad I was up and could win the match for my teammates.”

Butler will square off against the DePauw Tigers at home on April 7. First serve is scheduled for 4 p.m. It will be Butler’s last home match of the season.