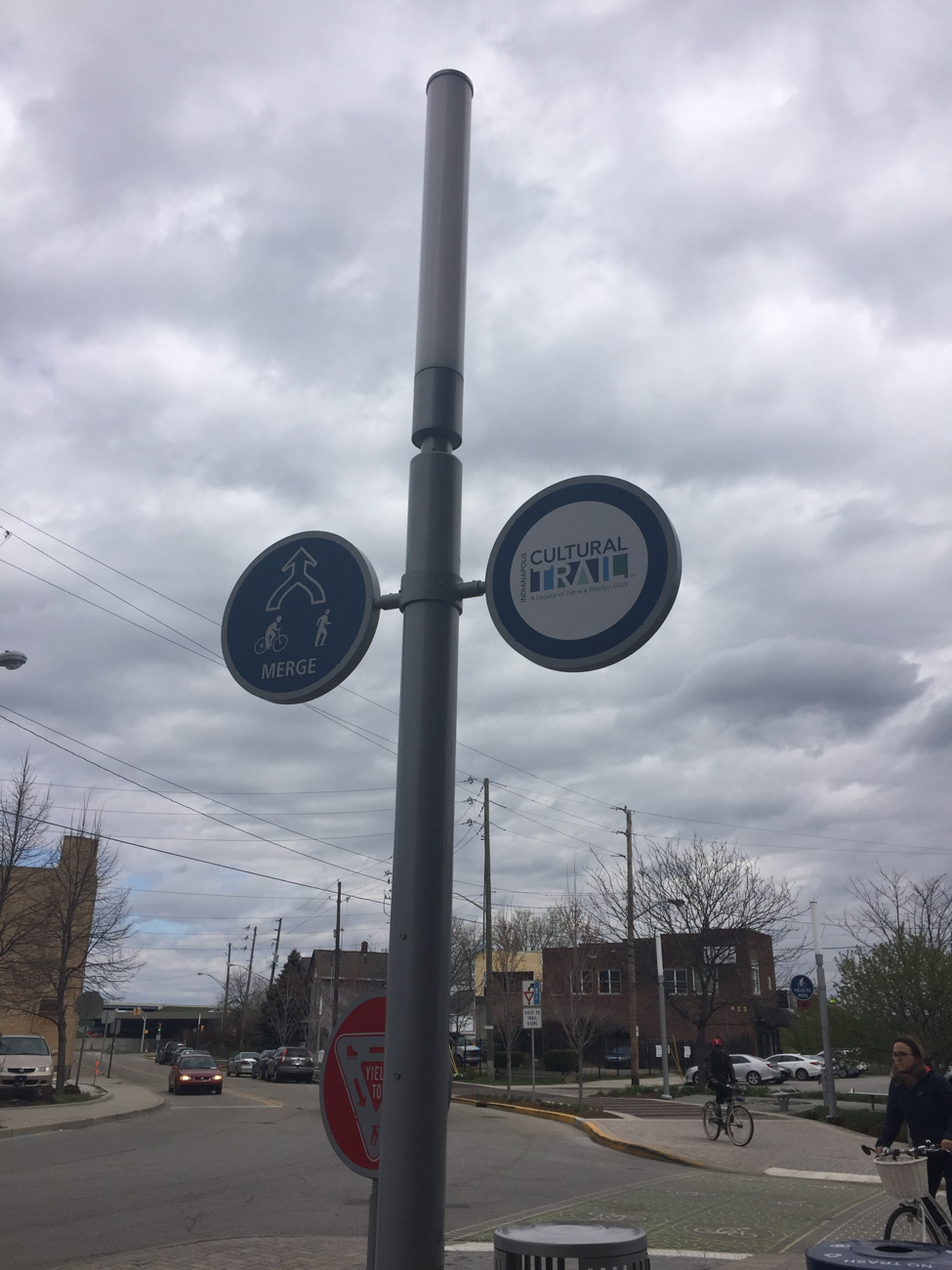 Are you a Butler student? Are you looking for something fun and relaxing to do in Indianapolis? Do you like being outside and enjoying art? If you answered yes to these questions, you may be interested in the Indianapolis Cultural Trail.

The Indianapolis Cultural Trail is an eight-mile trail throughout downtown Indianapolis. It is currently home to nine different pieces of public art, multiple businesses, six cultural districts and a portion of the Indiana Pacers Bikeshare program.

The six cultural districts along the trail include the Fountain Square, Indiana Avenue, Mass Ave, The Canal & White River State Park and the Wholesale District.

The Cultural Trail also links to the Monon Trail, so it can be easily accessed by people in the Broad Ripple Village and Carmel areas.

The Cultural Trail opened to the public in May 2013, after receiving funding from private donors and federal grants that totaled up to $63 million.

The Cultural Trail isn’t just a trail— it has economically benefited the Indianapolis community. Thanks to the Trail, 11,372 jobs have been created and it has an estimated economic impact of $864.5 million.

TwoDEEP Brewing Co. is a small business on the cultural trail. Since August 2014, they have been calling the Trail home.

The Cultural Trail has helped their business by bringing in more customers.

Howard uses the BikeShare program everyday to get to work, and even taught his two young daughters how to ride bikes along the Trail.

With her class, Whicker rode a bike from Mass Ave. to the center of downtown. Whicker said the bike share program was a great resource.

“I don’t have a bike on campus so to be able to go downtown and rent a bike and get around most anywhere is really convenient and a good alternative transportation to driving too” Whicker said.

Whicker went on a Friday afternoon, a fairly busy time. The traffic was also a result of the nice weather that day, Whicker said.

She stated that her favorite thing about the Cultural Trail is the connection it provides.

“It is a trail that connects people to places and people while at the same time tying in public art and public places for the community” Whicker said.

Whicker enjoyed her time on the Cultural Trail and said she would recommend it to a friend or any Butler student.

“It’s a great way to get around central Indy and see different parts of the city.”