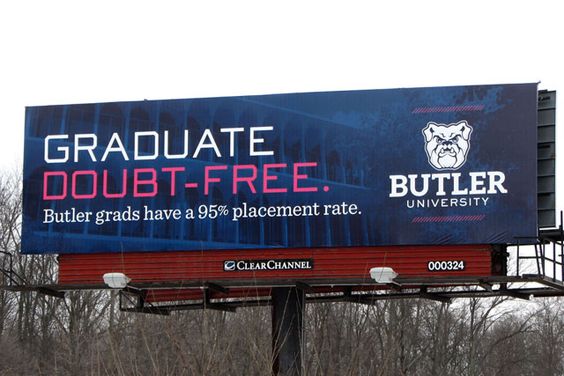 Although college students have the opportunity to receive financial support from Federal Student Aid, many of these aids come in the form of loans. A loan is money a student can borrow and must pay back with interest.

Loans can turn into a problem for college students. Courtney West, senior strategic communication major, has recognized how financial aid and federal loans have affected her and will continue to affect her after graduation this upcoming May.

“Without the assistance of federal aid, I wouldn’t have been able to attend Butler due to its high and continuous cost each year,” West said. “I will be feeling the pain of paying back the money that I owe (to the government) for the next 10 years.”

West is not alone. According to the Integrated Postsecondary Education Data System, 4,062 students attended Butler University during the 2014-15 school year.

From that number, 3,563 students were on some type of financial aid. That is 88 percent.

With commencement only a few weeks away the thought of starting to pay back federal student loans weighs on West’s mind.

“I’m thankful for the help I’ve received the past four years,” she said. “But now I’m starting to question how I’m going to be able to pay everything back.”

Anyea Taylor, senior marketing major, said she knew she would have to take out loans before attending Butler. She did not realize that federal loans would be following her years after graduation.

“I was cognitive of the loan amount I was taking out at the time,” Taylor said, “But I don’t think I had a full understanding of what it would entail after graduation.”

Paying back loans not only affects students after graduation, but also can affect them while they are still in school.

“The knowledge I had of the amount of loans I had to pay back after graduation was the main reason I decided to commute to Butler my last two years here,” Taylor said. “The lifestyle I’ve been living these past four years has revolved around the amount of loans that I’m going to have to start paying back soon.”

But students should not worry; according to Butler University’s website, 95 percent of Butler grads are employed, attending grad school or participating in a gap-year experience after graduation. Students may not be able to graduate debt free, but they can graduate “doubt” free.

“I’ve been preparing and researching everything I need to do after graduation in terms of paying my loans back,” Taylor said. “I don’t think it’s a university’s job to teach students the logistics of financial aid or loans, but at a place like Butler, where I’m paying $40,000 or more a year, I think there should be more of an emphasis or attention to the process.”

Although this information is available on the Federal Student Aid’s website, Katie Hetlage, a recent Butler graduate, said she never learned about the loan process before accepting federal student aid her first year at Butler.

“I knew I was going to need financial assistance, but there was no one teaching me or giving me recommendations along the way,” Hetlage said. “I accepted the maximum amount that was offered to me, thinking I’d be able to pay it back easily.”

That was not the case for Hetlage.

“Now, almost a year after graduating, I’m realizing that I dug myself in a pretty deep hole and it’s going to take me a long time to get out of it.”

Hetlage is one of the 2,326 students who graduated in 2015 that took out federal government loans. That number will likely be higher for this year’s graduating class.

When asked if she would be graduating “doubt” free this May, Taylor had a list of reasons she was doubtful.

“I’m definitely not graduating doubt free. I’m now doubting my major, I’m doubtful that I won’t have a sustainable job where I’ll make enough money to pay back loans, and I’m doubtful that I’ll be debt free soon,” Taylor said.  “Where’s the doubtfulness in any of that?”