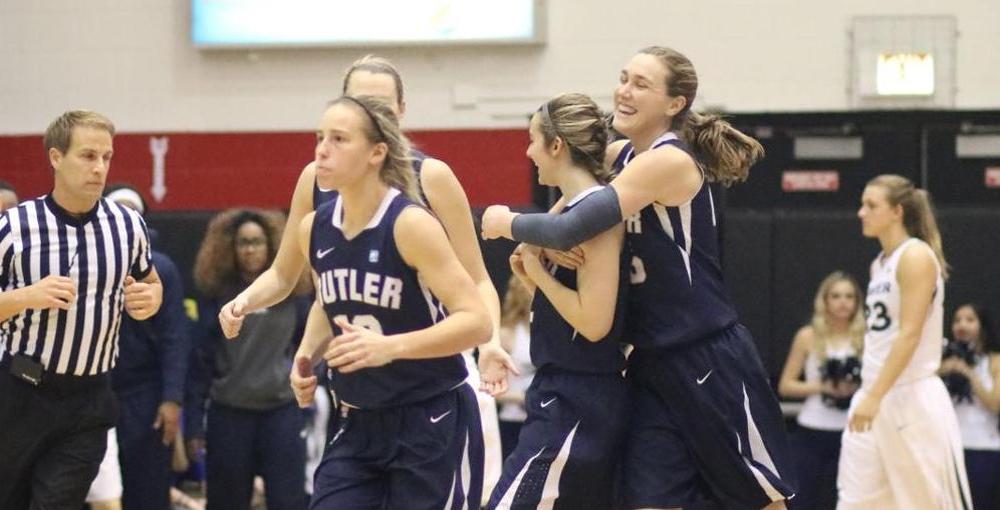 Senior Blaire Langlois was not ready for her career to end. She clung to the notion that this season would still continue, that the Butler Bulldogs would live to fight another day in Chicago.

The senior leader placed her hand on deck, and the other Bulldogs followed suit. Langlois led her team with 20 points and grabbed eight rebounds in Butler’s 48-47 win over the Xavier Musketeers on March 5. Xavier will end their season with a final record of 17-13.

BIG Time Performance by @ButlerWBB Blaire Langlois as the Bulldogs advance in the #BEtourney pic.twitter.com/sj5cD2hBR7

“I definitely did not want to lose,” Langlois said. “I stayed aggressive and made plays, but we needed everyone tonight on both offense and defense.”

The Musketeers were plagued by unsuccessful field goal attempts. Butler’s 2-3 zone defense held Xavier to shoot 28.6 percent for the game. Freshman Tori Schickel’s layup put Bulldogs ahead for good with 1:23 left in regulation.

Butler then squandered a pair of two-shot free throw chances, both by freshman Brittany Ward. The Musketeers gave up a chance to take the lead after committing a shot clock violation with 59 seconds left.

“To the kids’ credit, it was their focus,” head coach Kurt Godlevske said. “They were the ones communicating in the huddle. They said, ‘It’s okay, we’ve just got to get a stop, we’ve got to be active.’”

Butler will face No. 1 seed DePaul University in the quarterfinals on March 6 at 6 p.m CT. The Blue Demons are currently ranked as the No. 18 team in the country.

“We’ve played them twice this year and lost both times,” redshirt freshman Nicole Orr said. “Hopefully, we can remember what winning tonight felt like and bring that same energy and fight.”