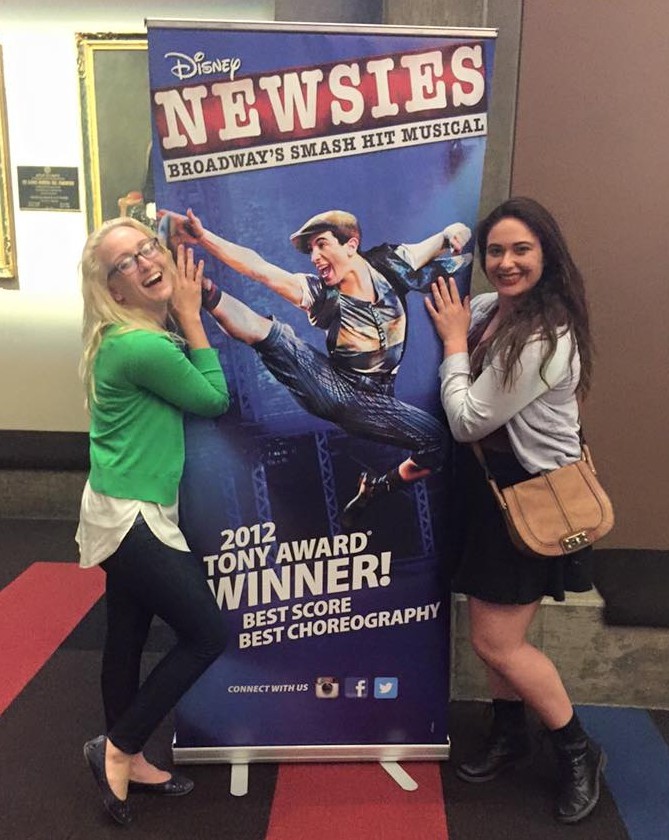 Broadway and musical theater have always been big parts of my life. In high school, I was involved in show choir, drama and theater history classes.  Even after I graduated and realized that I wasn’t really that talented, I still made a point to see shows that were playing near me.

There’s a sizable collection of Broadway playbills stacked in a drawer in my room. I have T-shirts from my favorite shows hanging in the closet. And I can definitely sing every word from Hamilton without question.

But why does that matter? Why is theater important?

Take Newsies as an example.

Set at the turn of the twentieth century, Newsies focuses on a group of boys who make their living selling newspapers on the streets of New York City. When the owner of the paper raises prices, the newsboys suffer.  Angry they had no voice in the decision, the boys go on strike – convincing the other paperboys in other parts of the city to do the same.

Now, I am not a kid living on the streets trying to sell papers to survive, but it is still a very relatable story.

It is the classic “stick it to the man” tale that so much of our contemporary media emulates. It is a group of ragtag underdogs taking on the rich and powerful corporate headquarters and, against all odds, coming out on top.

There are young boys that could watch Newsies today and gain inspiration from the strike. Maybe, prompted by a musical, they stand up for what is right the next time they encounter an injustice.

Theater is important to our society because it conveys emotions and stories that are difficult to tell without song.  It gives us something to root for.

While watching Newsies, the audience experiences everything the characters feel.  From the excitement in the initial declaration of the strike to the desperation in our main character’s desire for freedom, we are there. We want to laugh, cry, and pump our fists in the air alongside the cast.

That kind of involvement is not something that occurs every day.

If you think about it, these characters are strangers.  I do not know who they are, what they like, or how they act.  I do not even know their names.

I do not feel the same kind of emotion when a stranger in real life tries to make small talk or complains of a busy day.

Theater makes it cool to care. The audience is unabashedly involved in everything that is happening on stage.

And I don’t know about you, but a world full of people who don’t care about the people that surround them doesn’t seem like the kind of place I want to be.