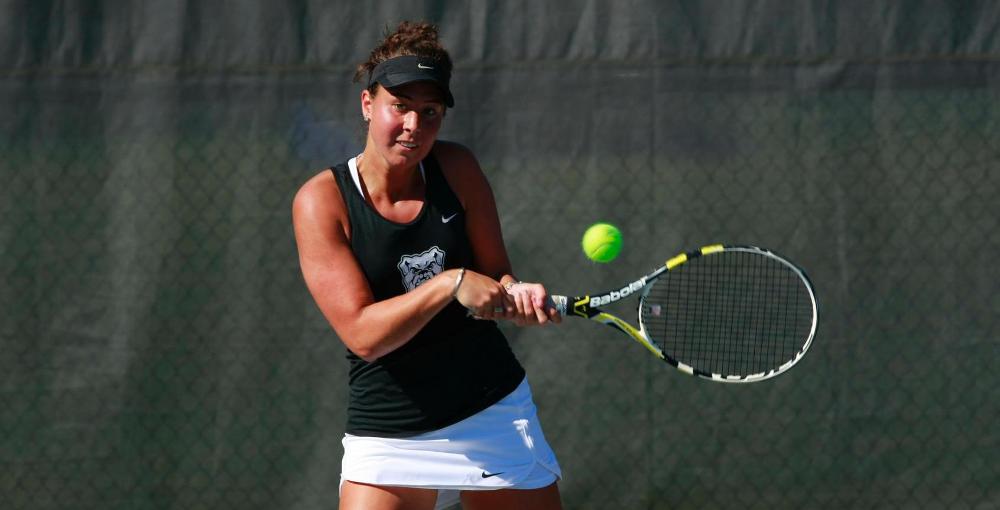 The Butler University women’s tennis team traveled to Florida for a series of matches over spring break. The team failed to capture a win from the trip, setting back their record to 1-16.

The Bulldogs kicked off on March 8 in a doubleheader against Florida International and Bethune-Cookman. Unable to convert efforts into wins, the team lost 7-0 and 4-2, respectively.

Nationally-ranked Florida International dominated all possible singles and doubles points in the first match of the day, leaving the Bulldogs scoreless. The Panthers are ranked No. 57 in the nation and stood 10-1 on the season.

Against Bethune-Cookman, the team was able to close the point gap before sinking into a score of 4-2. At No. 1 singles, sophomore Bailey Padgett lost her first set 6-3 before battling in the second round to force her opponent into a tiebreaker. She lost 10-7, resulting in a point for  Bethune-Cookman.

Similarly, teammate Konstantina Adami was able to play her sets into a tiebreaker before falling 10-4. Butler fared better at No. 3 and No. 4 singles. Kailey Eaton narrowly edged her opponent 6-3, 6-4 to take the point for Butler. Playing in the No. 4 slot, Rachel Sutton dominated with a score of 6-1, 6-2.

Despite the wins in the singles column, two victories at No. 2 and No. 3 doubles allowed Bethune-Cookman to walk away with the win.

Florida Atlantic overwhelmed the Bulldogs with a 6-0 win. Notably, Eaton, Sutton, and Michelle McFerran were able to advance their play into a third set and or tie breaker in singles play. However, Florida Atlantic was able to power back and won all three points.

Additionally, Florida Atlantic won the doubles points at No. 1 and No. 3.

Butler faced a tough loss to Barry University, ranked No. 5 in the country. The final score was 5-0.

After winning all three doubles sets, Barry was positioned to sweep singles play. Adami was defeated 6-0, 6-1 at No. 2 singles while Sutton fell 6-0, 6-0 playing in the No. 4 slot. The remainder of singles play went unfinished.

The team will be back in action at the Butler Bubble March 18 to face Toledo at 4 p.m.