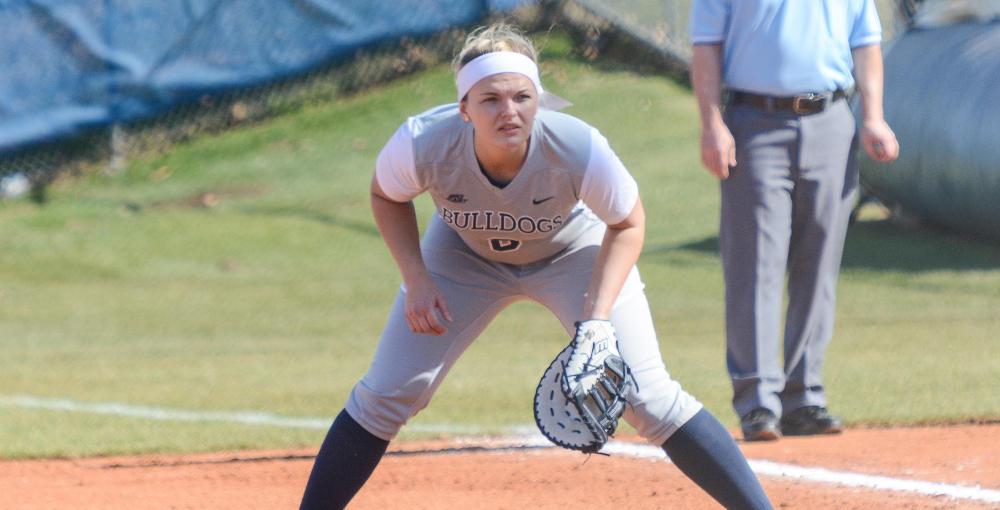 The Butler University softball team, now 8-9 on the year, went 2-2 at the Coach B Classic hosted by the Southern Illinois Salukis in Carbondale, Illinois.

On March 5, the Bulldogs lost to the Kansas Jayhawks by a score of 5-3 after the Jayhawks scored two runs in the top of the last inning to win the game.

Butler scored two of their three runs in the first inning. Freshman first baseman Kaitlin Doud and sophomore third baseman Alyssa Lach each had RBIs in the inning. Doud would drive in the team’s last run in the bottom of the third inning.

Senior pitcher Kristin Gutierrez threw all seven innings on the mound for Butler. All five runs were earned, and she struck out six batters.

In their second game of the day, the Bulldogs had a great offensive performance to beat the Salukis 10-2.

Junior pitcher Kacey Starwalt pitched the whole game for Butler. She allowed one earned run and struck out five hitters.

On March 6, the Bulldogs split another pair of games. In game three of the tournament, they topped the Eastern Illinois Panthers 2-1.

Both of Butler’s runs came off the bat of Doud. She hit a double in the top of the fifth inning, and that was all the run support Gutierrez needed.

Gutierrez pitched another complete game. She allowed one earned run off of three hits and struck out six Panthers batters.

Butler faced the Salukis again to close out the Coach B Classic. They didn’t have the same success against Southern Illinois as they did in their first meeting as they were defeated by a score of 11-1.

Lach had the team’s only RBI while Doud took the loss on the mound for the Bulldogs.

Butler will play two games in Clearwater, Florida, on March 9.