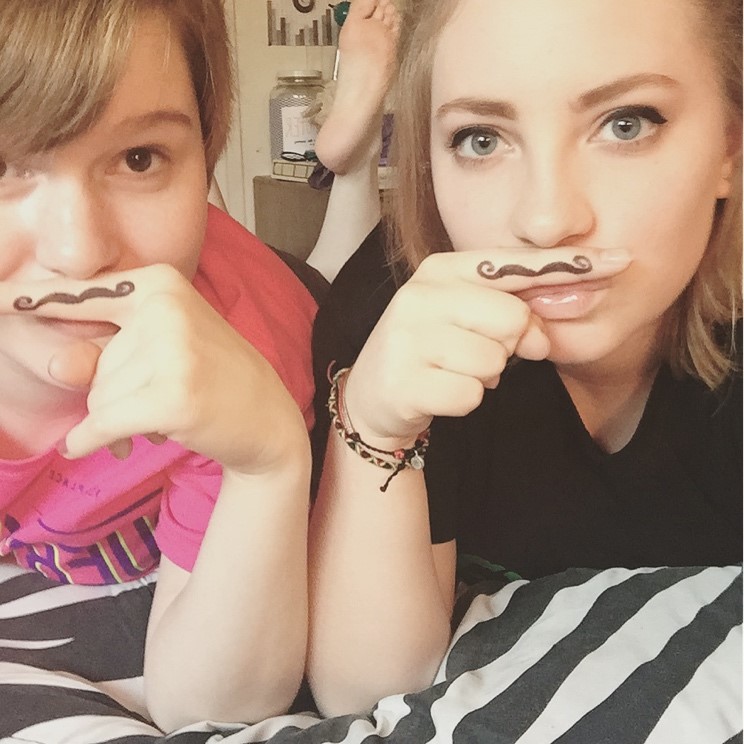 All photos courtesy of Carissa Marquardt

Today’s dating culture is an entirely different ballgame than it was when our parents were our age.  You probably hear a lot of “Back in my day…” from your middle-aged relatives when you tell them you saw a movie over the weekend with someone you met on the internet.

But back in their day, women were not men’s equals.  We still aren’t, but we’ve come a long way.  I know everyone likes to bristle at this term but I’m going to use it, because feminism is not a bad thing.

There seems to be a lot of confusion when it comes to that word, but just trust me—it’s a good thing.  A huge reason that an absurdly large portion of the world’s population doesn’t like it has do with the stigma surrounding the actual word itself, not what it stands for.

Boy bands, the color pink, makeup, fashion, glitter:  these things are all considered feminine.  If men enjoy them at all, they’re suddenly less masculine.  And in our patriarchal society, masculinity is praised while femininity is not. Still, women trudge on.

That’s part of the reason that today’s dating culture is so different.  Women don’t have to be super feminine anymore; in fact, we are taken more seriously if we aren’t—not that it’s a good thing.  And the point of things like Tinder is to allow someone to find exactly the type of person they’re looking for, whether that’s an athletic person, an artsy person, an education-oriented person or a person who is a combination of everything.

I decided to try something earlier this month after seeing an internet post that was making the rounds.  It claimed that men treat women a lot differently on Tinder if their bios make them seem like the ultimate “girly girl.”  Here is the faux-bio that I promptly wrote up:

For a week, I decided to see what kinds of reactions I would get.  I had a Tinder account before, and I was totally honest about my interests that time around.  But for this experiment, it was like I created a new person, and she was ready to chat with the local boys about the pros of Essie polish and the identity of “A.”

One of the first conversations I had went almost exactly the way that the internet post that sparked this idea said that it would:

His typically masculine interest—baseball—was something I would just learn to like, but my typically feminine interest—fashion week—was something he knew he would never enjoy.  In an interesting turn of events, this ended up being one of the most foreseeable conversations I experienced.

Then, there was this gem:

To be honest, I did not expect that generalization, but once I received it I immediately wanted to prove it wrong.  I didn’t. New Carissa wasn’t there to be mean to boys.

Sometimes I matched with guys whose only interests listed were sports and alcohol.  This led me to believe that not all of my matches were reading my bio.  I had to make sure we were on the same page:

If you were wondering, he never did respond to my message.  This is understandable, though.  I was not the match he thought I was, so that was the end of that.

I think my favorite response I got was in reference to a picture I had included on my profile.  Here was the spectacular conversation starter:

Here was the picture that was in reference to:

I learned a lot about Tinder that week.  The biggest lesson was probably not to make generalizations about how certain groups of people use the app.  While I received several really odd responses to my openly-feminine bio, there were several guys who didn’t seem to mind how different we were.

I’m glad that I tested the theory out for myself, though I don’t foresee myself returning to Tinder anytime soon.  Now, if I see that internet post again, I’ll be a little bit more confident in my belief that things are continuing to change.

It’s one small step for the feminine kind and one giant leap for humanity—but it will be so, so sweet on the other side.