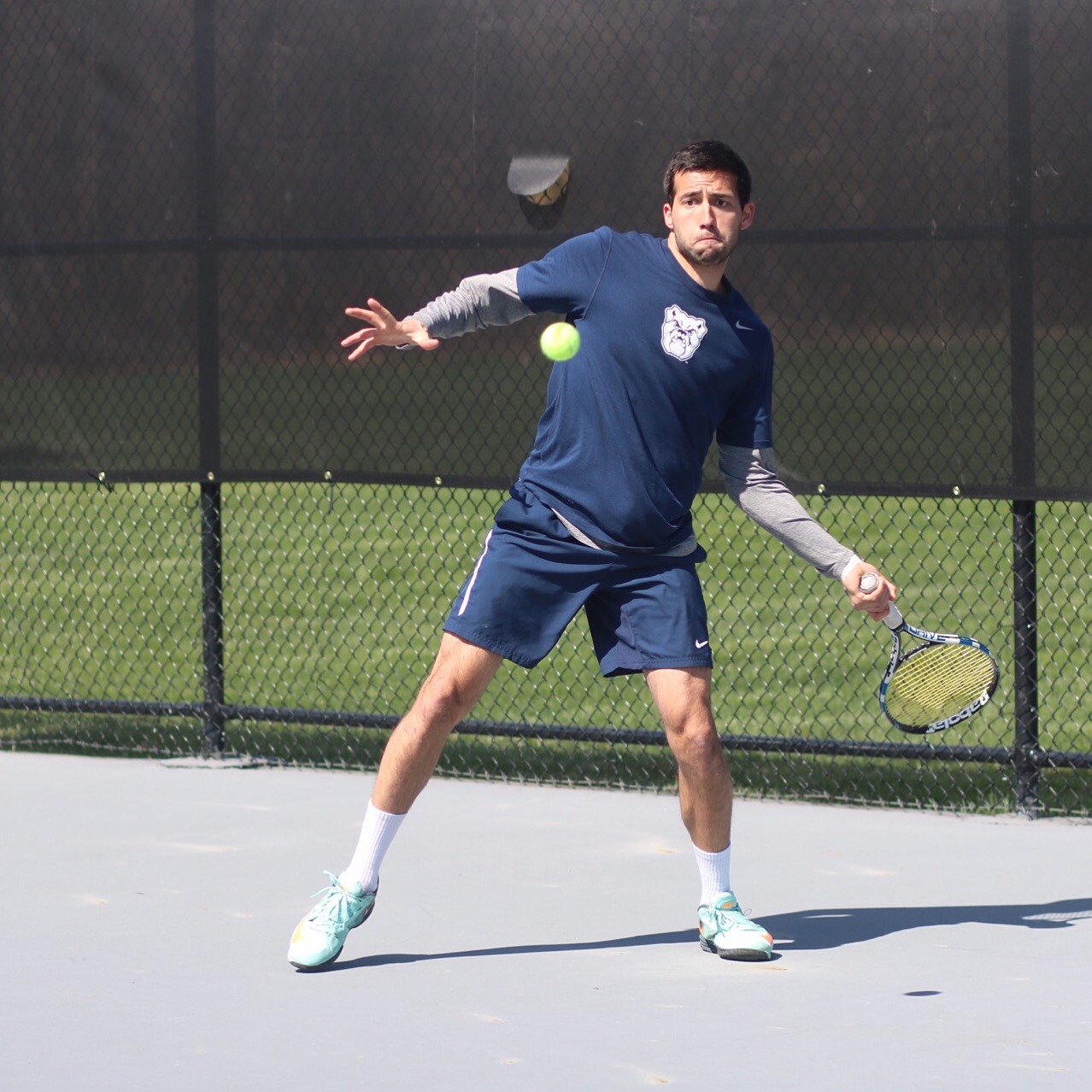 The Butler men’s tennis team took two victories on March 26. The Bulldogs defeated the Case Western Reserve University Spartans at home, and then beat the IUPUI Jaguars at the West Indy Racquet Club.

Seizing the afternoon’s doubles point proved to be a huge advantage for the Bulldogs. Junior Mikheil Khmiadashvili and freshman Mason Dragos won 6-2 at No.1 doubles, while freshman Ari Gerstein and junior Alex Woldmoe took a 6-3 victory.

The singles action stayed competitive, but Butler continued to triumph. The Bulldogs suffered losses at only No. 1 and No. 2 singles.

“I felt that we were solid all over today,” Lang said. “Everyone made a lot of balls and constructed points well.”

The evening tilt against IUPUI proved to be more of the same. Butler grabbed the doubles point with wins from the No. 1 and No. 2 positions. The pairs of Dragos/Khmiadashvili and Gerstein/Woldmoe led the way to victory once again. Lang and freshman Temilope Adelakun took a 2-6 loss at No. 3 doubles.

Khmiadashvili and Woldmoe were the only players to lose in singles competition. Dragos defeated Jac Newis 6-1, 6-1 at No. 1 singles, while Gerstein took a three-set, 6-2, 2-6, 6-1 victory over Marcus Nalley at No. 3 singles.

The doubleheader was grueling, but the Bulldogs stayed in shape with ice and proper stretching.

“Playing two matches in one day is definitely a tough thing to do,” Woldmoe said. “Luckily, we got two wins, but the logistics were not easy.”

The first match was played at Butler’s outdoor tennis courts. The Bulldogs then had to take a bus across town to the Racquet Club. Gerstein knew he would have to adapt to the challenge.

“Going from outdoors to indoors is easier than the other way around,” Gerstein said. “It wasn’t too bad, but the courts were extremely fast indoors, so that made it a bit difficult.”

Butler will face the Marian University Knights at home on Apr. 3. First serve is scheduled for 3 p.m.