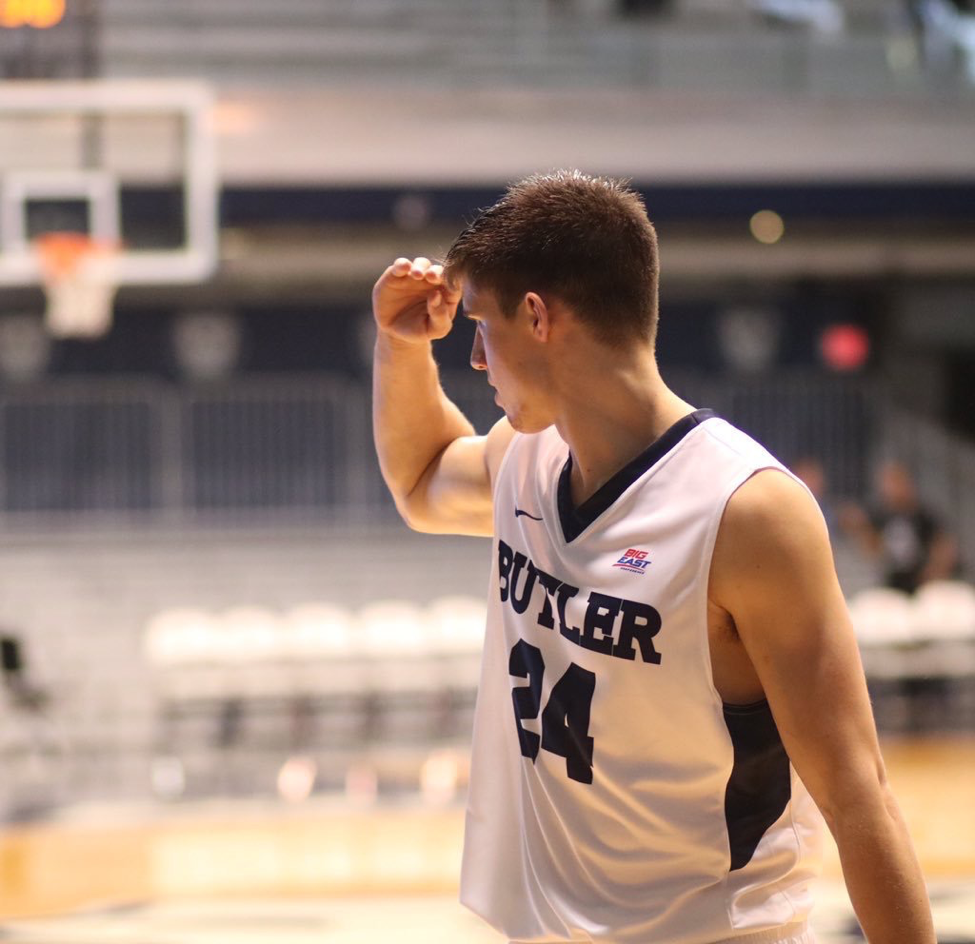 For the third straight year, a Butler Bulldog was awarded the scholar-athlete of the year award. Kellen Dunham kept former Bulldog Alex Barlow’s streak alive on Wednesday when he was handed the award by Big East Commissioner Val Ackerman.

“It’s an honor to keep Alex Barlow’s streak going, he was an incredible inspiration to my academic life,” Dunham said.

Dunham and Barlow played together for three seasons and both put high importance on the academic side of their careers.

Congrats to my guy @KellenDunham24 for keeping the Big East Scholar Athlete at Butler! #3years #WeAreNerds

Dunham, who is entrepreneurship studies major, holds a 3.18 GPA, while also averaging 16.2 ppg, tied for sixth in the Big East with teammate Kelan Martin.

Kellen has raked in the awards this year, being given the Big East Men’s Basketball Sportsmanship award, along with an honorable mention to the All-Big East teams. He hinted at the challenge of maintaining good grades as well as performing at a high level on the court.

“It can get pretty challenging,” he said. “Basketball is a huge deal at our school, but in the environment that we are in, with the coaches and with the university always challenging us to get good grades, I was surrounded by a great academic environment that allowed me to thrive.”

There is no denying the fact that Butler pushes their students to strive not only for athletic success but for academic achievement. Butler basketball players have received an abundance of academic awards, going to players such as Gordon Hayward, Ronald Nored and Matt Howard, who was the recipient of the COSIDA All-Academic team member of the year award in 2011.

“It shows the caliber of the school we have, and it shows that we can compete in a highly competitive environment such as the Big East,” Dunham said.